Olympics and Another Footpath

Day 11......When I woke and  switched on the radio on Tuesday morning the 5Live studio were going potty with excitement over the sailing where there had just been a extremely close finish and a Gold Medal and before I'd even got up there had been another sailing Gold medal in one of the other classes quickly followed by a silver in another style of boat (you can tell I know nothing about sailing- they are all just boats with sails to me!)
Next on TV was the individual 3m springboard diving and that resulted in a Bronze for Jack. Quickly over to the Velodrome and the Womens Team Pursuit where the British girls broke the world record set by the the Germans in the heats just a day earlier and the Germans then took the record back in the next round. Which meant it was GB v Germany in the Final...... Germany won giving GB another Silver Medal. This was speedily followed by the Mens Team Sprint and another silver and all before 10am our time. So Mr and Mrs Kenny both got Silver medals to add to their medal cupboard! Well done Laura and Jason.
There were more disappointments out on the track and field but 3 GB women in the 800m final resulted in another Silver medal. I'd lost count on medals by now but GB ended day 11 still in 6th in the medal table but now with 43 medals. Amazing.

From Tokyo to Suffolk and a short walk along a footpath close to home.

A kissing gate is the way out of the back of the churchyard. A few weeks ago it was waist high nettles but someone has strimmed it to make it accessible without long trousers 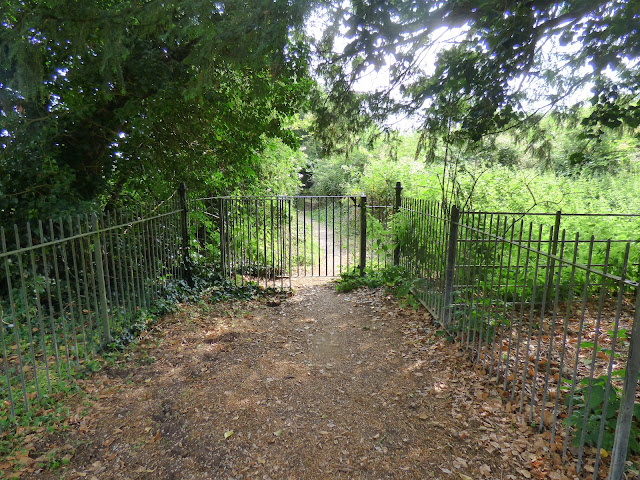 Through a little bit of woodland. There's a deep ditch on the left that's marked on maps as an old moat. 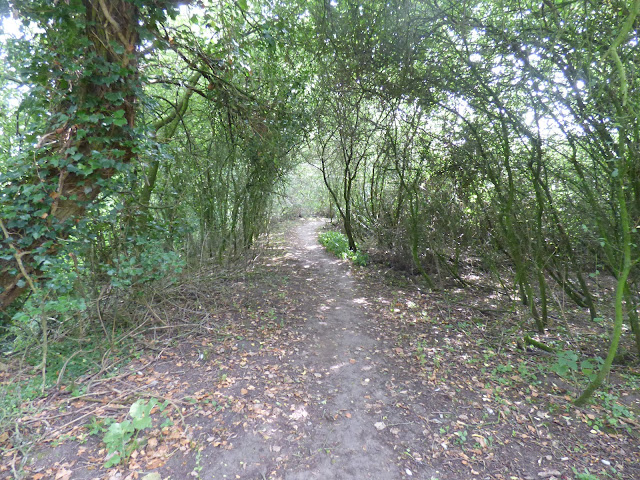 Over a ditch and out of the trees 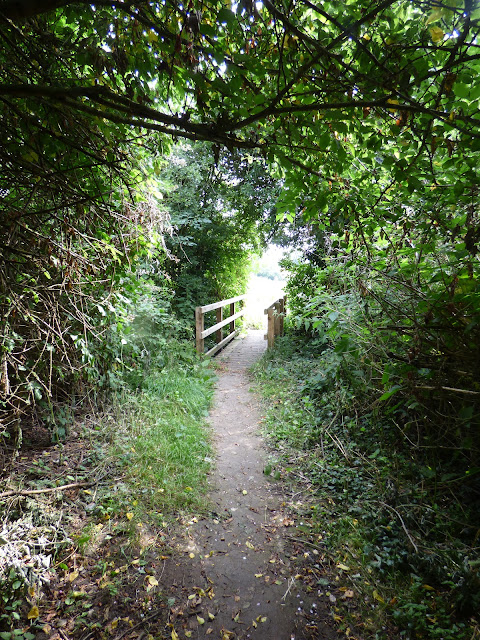 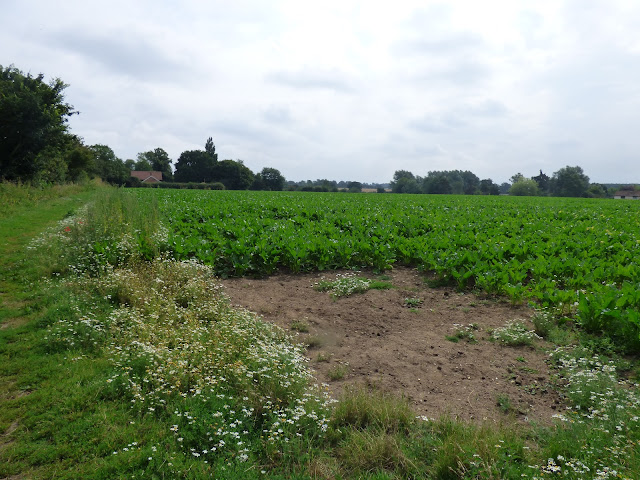 At the end of the field the path joins a track to a big house. There's also a barn conversion here on the right 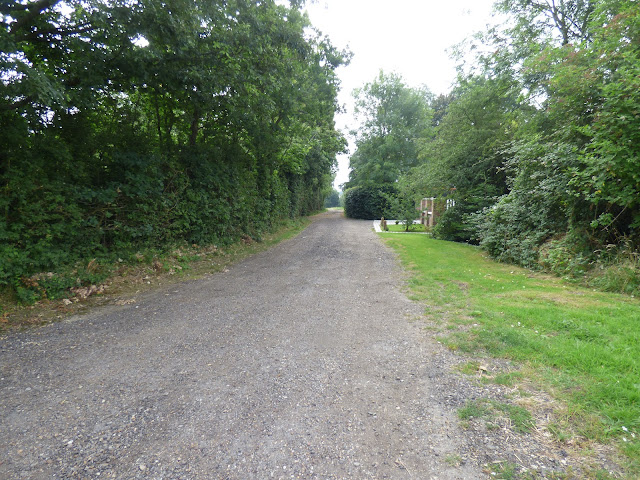 The old Manor House through the trees 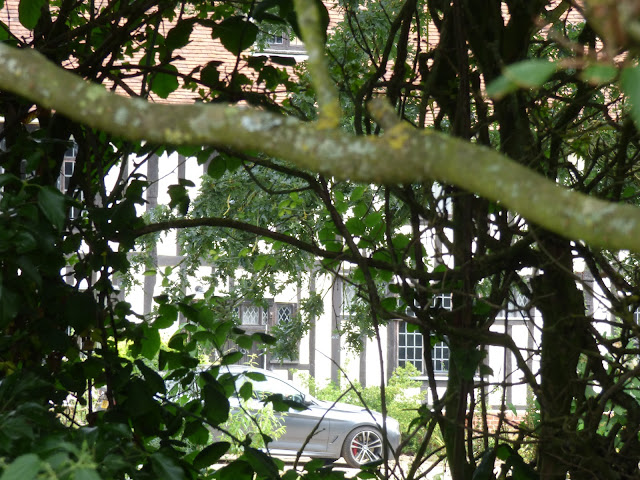 The footpath was diverted around the back of the new house, instead of the front....or as the sign say "Official Path Extinguishment"! 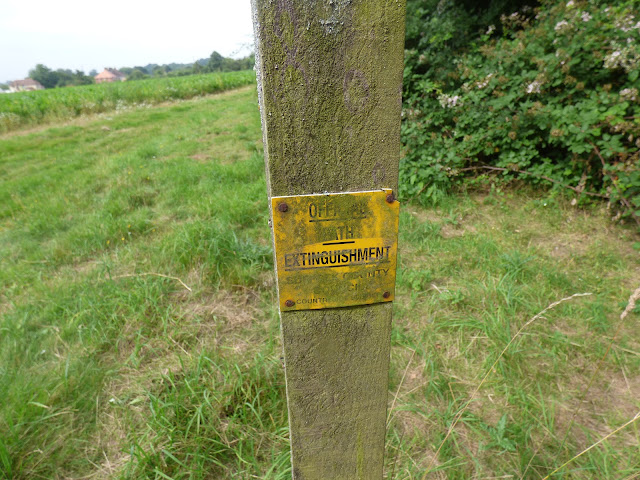 A few yards down the track and the footpath goes onto land belonging to the Manor house. I wasn't sure which way the path went across the meadow so backtracked and walked back down the Manor driveway and onto the road. 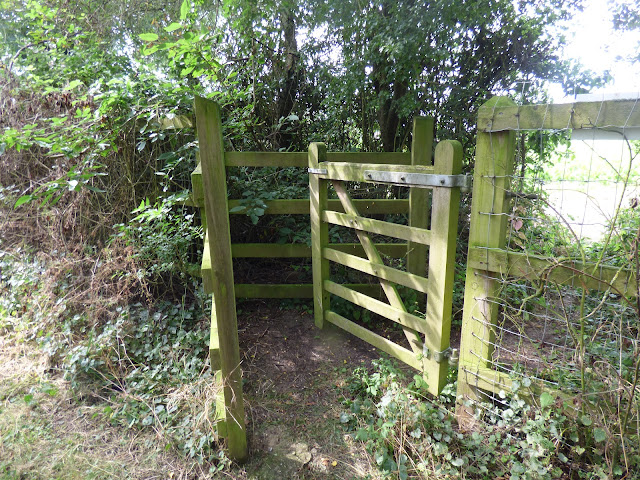 Along the road just a couple of 100 yards to the village and passing another field that now has permission for building............... 2 bungalows at the moment but it's likely the 3 acres behind will get permission sometime. £195,000 if your interested in a plot of land with permission to build on the edge of a Suffolk village. 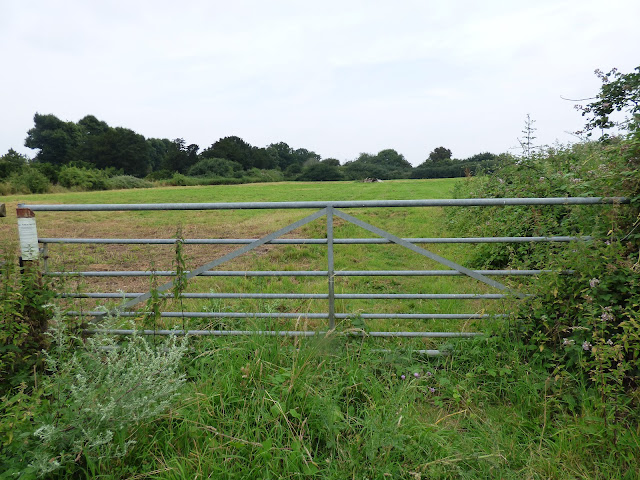 And then I was home - for a long drink of water - as it was very hot and humid out despite the overcast sky.
Back Tomorrow
Sue

Posted by Sue in Suffolk at 06:00
Email ThisBlogThis!Share to TwitterShare to FacebookShare to Pinterest
Labels: Summer of Sport 2021, Village Life