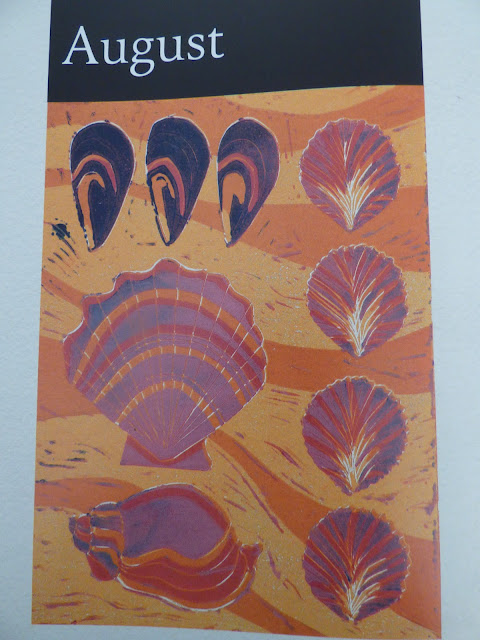 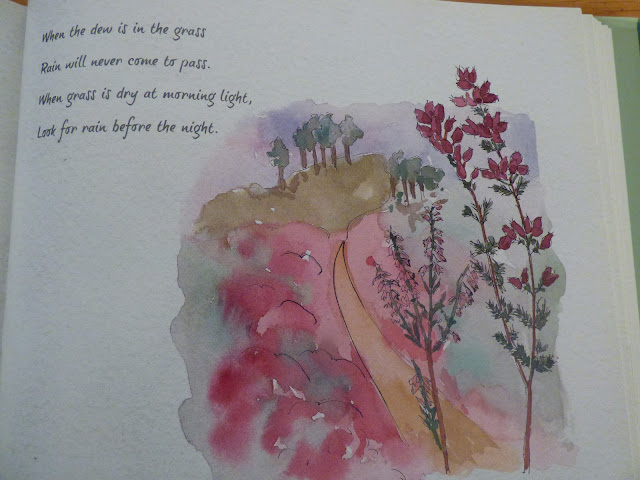 Yesterday was Lammas..........the 1st of August was one of the Celts 'cross quarter' days. The dates that fall between the solstices and equinoxes that were used to mark the agricultural year. It was called Lughnasad Day after the Celtic God Lugh. According to ninth century Anglo-Saxon records Lammas or "hlaf-mass" meaning Loaf-Mass or Feast of Bread  was celebrated as the start of harvest.  The first loaf made from the years harvest was taken to church to be blessed and sacrificed so that all could be fed from the rest of the harvest.

Looking back at what I'd written for previous  1st August posts and came across this, which I'd forgotten - but the bit about making the most of our time while we are here is a good thing to remember...............Apparently I found this in one of the old Folklore diaries.

The act of sacrifice at harvest is a reminder that we all follow the same path of life and death and reminds us to make the most of our time whilst we are here. Consider the passing of the summer and enjoy the bounties it has brought us and think how best to prepare for the coming autumn and winter.

Before the latest spell of rain the combines were out everywhere cutting the first of the barley, it will be a few more weeks before the wheat is ready, even if........

After Lammas Day corn ripens by night as by day.

I saw details of this little book and found it for a few pounds on abebooks. 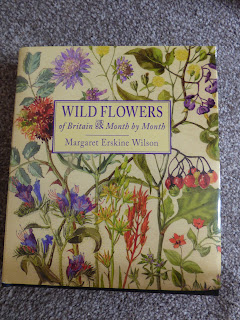 The lady who painted all the wildflowers did it for a friend who wanted to learn the names of the flowers she saw. She started in 1943 and carried on painting even after her friend died, until 1999, traveling widely and painting wherever she went. She then donated 150 pages of paintings to the Kendal Natural History Society who published the collection as this small book in 2016 - such lovely paintings.
She was a Modern Languages Graduate before WWII when women studied for degrees but were not awarded them but was finally awarded her degree 40 years later. She taught Modern Languages in Kendal and died in 2009 aged 94. 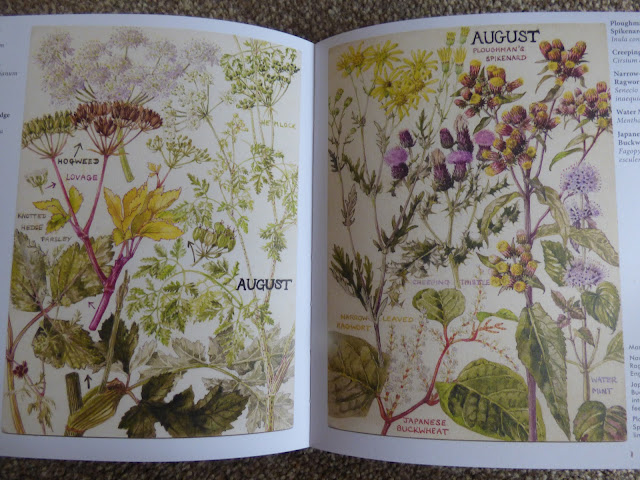 Looking through the book there are so many flowers that I've never heard of. On the August pages above I puzzled over the Ploughman's Spikenard - such an unusual name. Looking it up in my Pocket Nature Wild Flower book, it should be around everywhere except the North of England and Scotland but prefers chalky soil. So maybe  not in growing much in the Suffolk clay soils.
Then I looked up the word "Spikenard" and it's also called Nard, an amber coloured essential oil from a flowering plant of the honeysuckle family from the Himalayas.
It's even mentioned in the Bible
And being in Bethany, in the house of Simon the leper, as he sat at meat, there came a woman  having  an alabaster box of ointment of spikenard, very precious; and she broke the box and poured it on his head. Mark 14:3

Still doesn't explain why the plant growing in this country is called The Ploughmans Spikenard, as it's nothing like Honeysuckle and probably isn't at all precious.

I do enjoy tracking down information.

Back Tomorrow with a catch up on the Olympics and the weekend.
Sue

Posted by Sue in Suffolk at 06:00
Email ThisBlogThis!Share to TwitterShare to FacebookShare to Pinterest
Labels: Folklore, My Books