A few weeks ago I mentioned finding someones scrapbook at a boot-sale which fell open on a page with postcards featuring work by Eric Ravilious.
This was my favourite 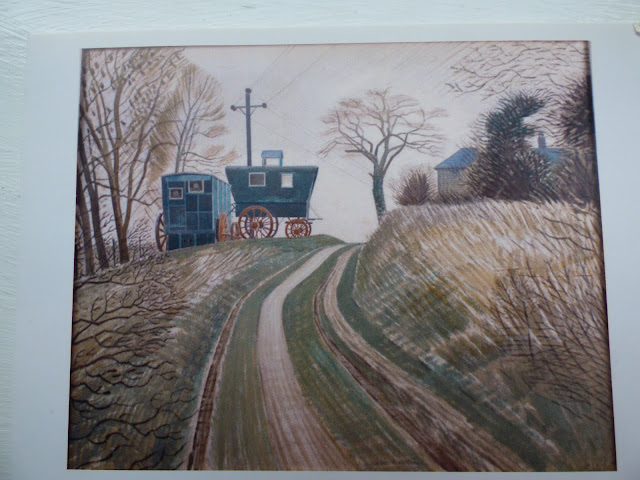 "Caravans"
I'm not sure If I knew about him before but it was the publication or rather re-printing, of the book "Long Live Great Bardfield: The Autobiography of Tirzah Garwood" by Persephone books in 2016 that really brought him to my attention. Details Here
From t'internet..............................

Ravilious, born in 1903, studied on a scholarship at the RCA where his tutors included William Rothenstein and Paul Nash and he first met life-long friend Edward Bawden.He married Tirzah Garwood in 1930. She was also an artist and engraver and the couple met at Eastbourne College when he was teaching there. In the 1920s he made his early reputation with wood-engravings but by 1936 had started making lithographs with the Curwen Press and taking commissions for illustration and book jacket design whilst continuing to paint the southern English countryside. Ravilious was later assigned to the Royal Navy as one of the first Official War Artists in 1941, being transferred the year after to the Air Ministry. On service to Iceland in August of that year, he died whilst accompanying an air sea rescue mission.

When Ravilious and Bawden graduated from the RCA they began exploring the Essex countryside in search of rural subjects to paint. Bawden rented Brick House in Great Bardfield as a base and when he married Charlotte Epton, his father bought it for him as a wedding present. Ravilious and Garwood lodged in Brick House with the Bawdens until 1934 when they purchased Bank House at Castle Hedingham  which is now also marked by a blue plaque. There were eventually several other Great Bardfield Artists. 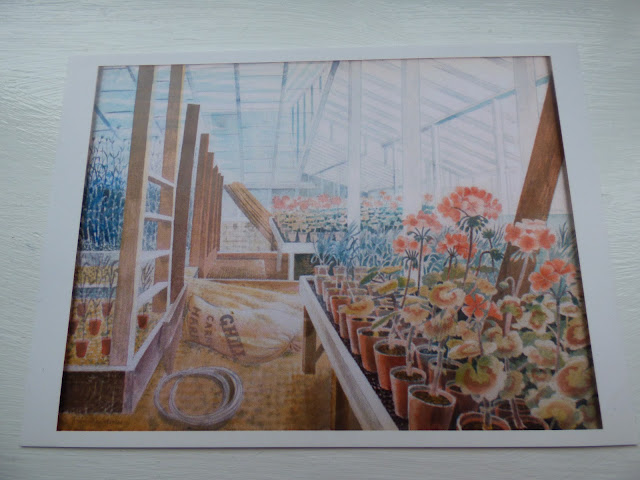 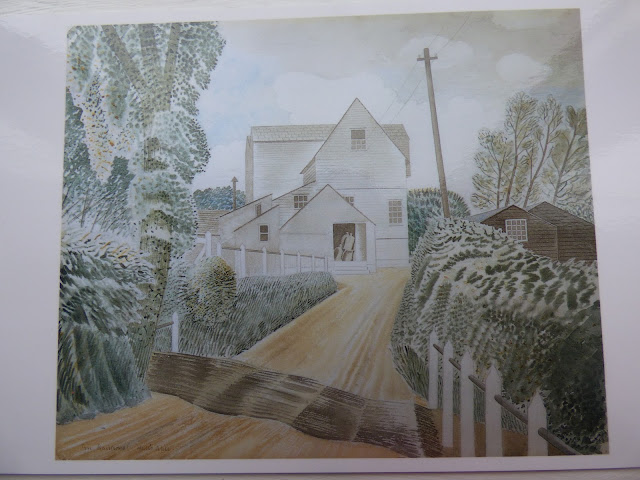 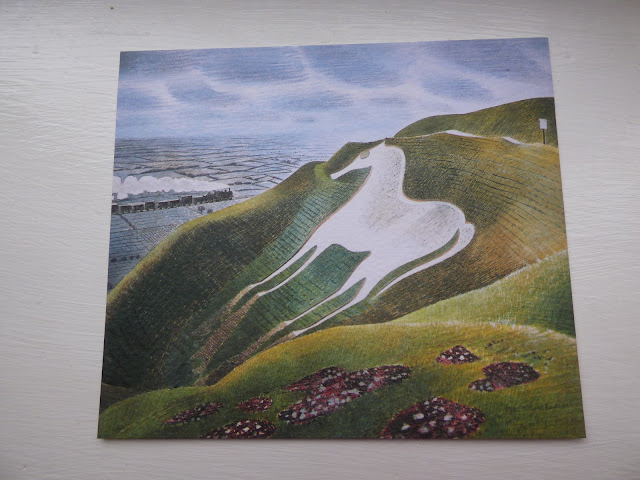 Once I saw these I had to buy the scrapbook! I've taken out some of the cards in the scrapbook but I'm going to add in other bits to make it my own. These Eric Ravilious cards are definitely keepers and there are also a few postcards featuring paintings by his friend Edward Bawden.

Back Tomorrow
Sue
Posted by Sue in Suffolk at 06:00
Email ThisBlogThis!Share to TwitterShare to FacebookShare to Pinterest
Labels: Scrapbook