The Church of All Saints,Hollesley.

Another  church visit after a tour of the charity shops in Woodbridge (where I found nothing). I intended to visit two churches but it was just so cold that I decided to head for home after this one.

Hollesley (pronounced Hoze-ley) is a village almost at the end of a road before the coast. To get there from Woodbridge you have to go through part of Tunstall Forset and pass the old USA airbases with their cold-war bunkers still visible from the road.

Sometimes it's difficult to get a photo of the church that doesn't make the tower look like the leaning one at Pisa! 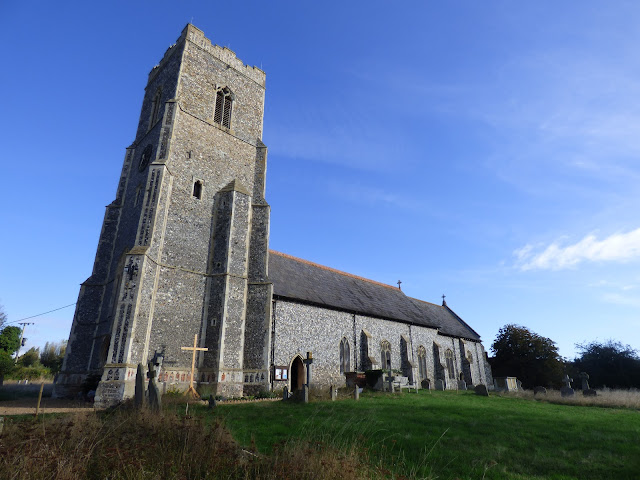 Most unusual for there to be no porch. My book says "Ancient South doorway dating from about 1300 but moved eastwards when Herbert J Green restored the church in 1886. Before this it was surrounded by a dilapidated porch where the nave and tower join." 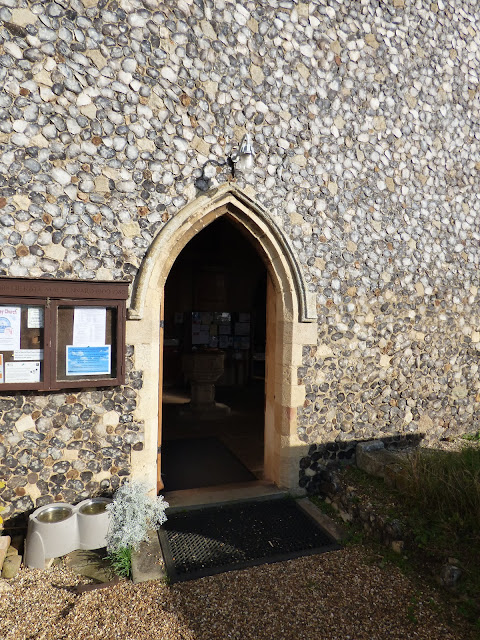 Below is the reason the church gets a mention in the 100 treasures in Suffolk Churches book. There are some amazing bench end carvings. These are a mix of the original from C15 and C20 replicas carved by Harry Brown, an Ipswich craftsman between 1949 and 1966.

The carving below is the mythical sciapod with his enormous feet that protect him from the heat of the sun. This is copied from the only know medieval version at  Dennington Church (visited almost exactly 3 years ago) 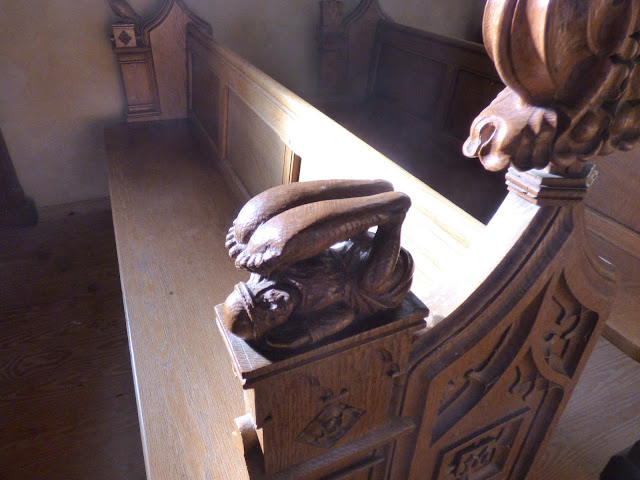 The altar and East window 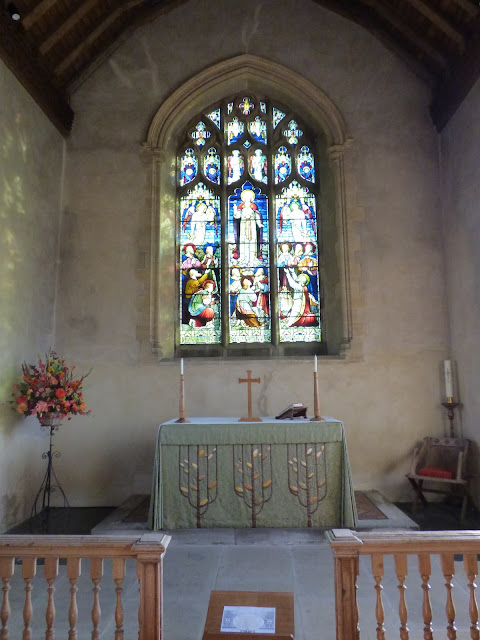 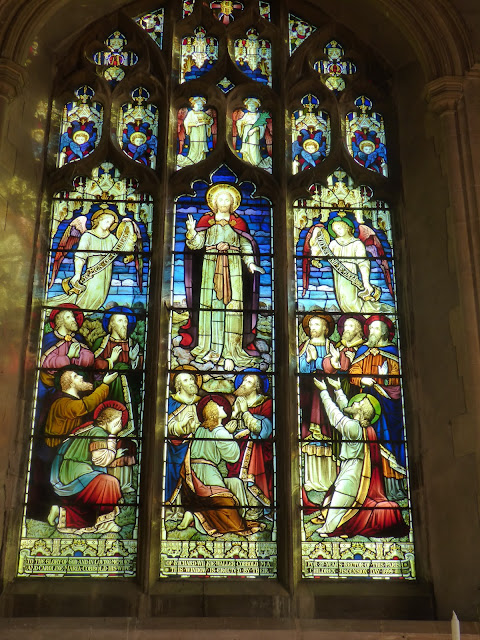 There were 3 ladies in the church taking down the Harvest Festival flowers and cleaning (spot Henry Hoover later!) ready for a wedding at the weekend and one of  them showed  me these old carvings just about visible below. These were often done in churches. 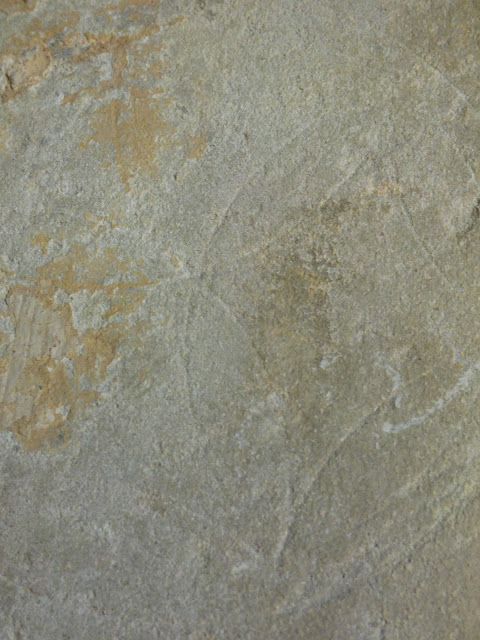 The lady also showed me this tomb in the church floor holding the body of William Geyton who was Prior of Butley Priory which once stood about 4 miles away.. and moved here instead of Butley church for some reason. 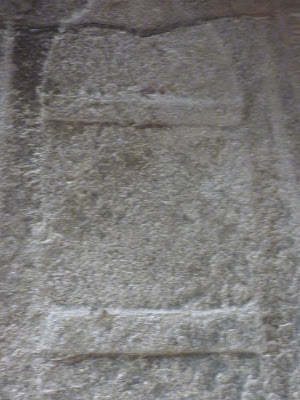 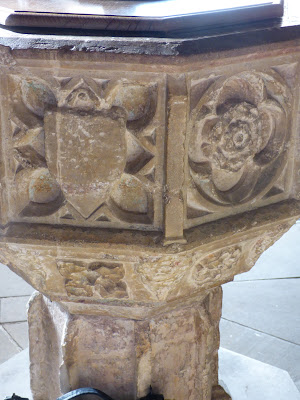 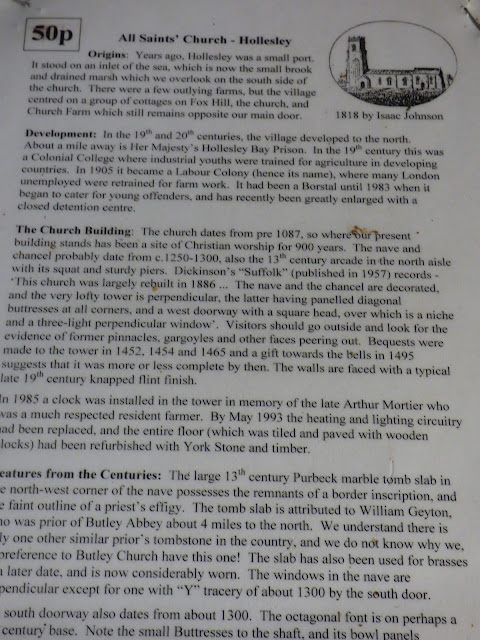 I forgot find out about this carved picture of Noah's Ark 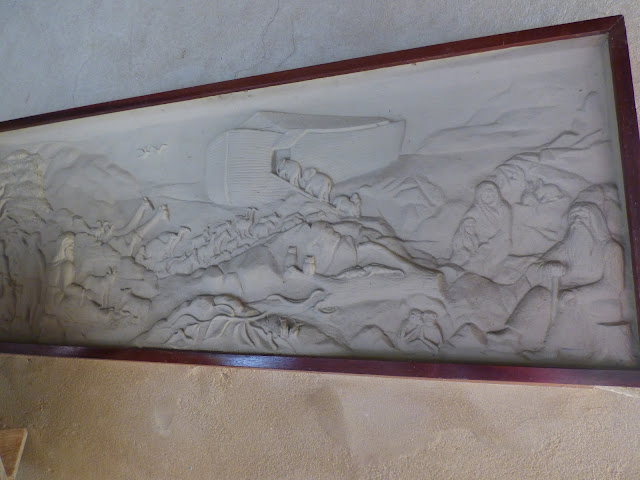 This is a much more recent stained glass window.......

Meg Lawrence's 1984 glass of Holy Family set at the end of the north aisle. It remembers two young people, Clare Butler and Andrew Benning, who were killed in a car crash just before Christmas 1983 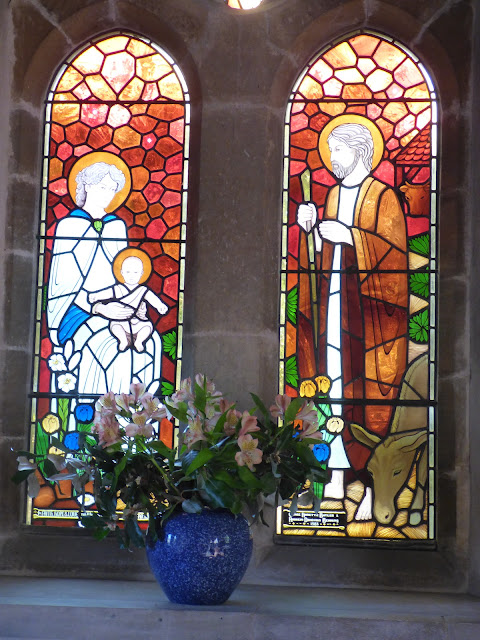 When this north aisle was added in 1886 they discovered an early C13 arcade - showing where an earlier aisle had been. 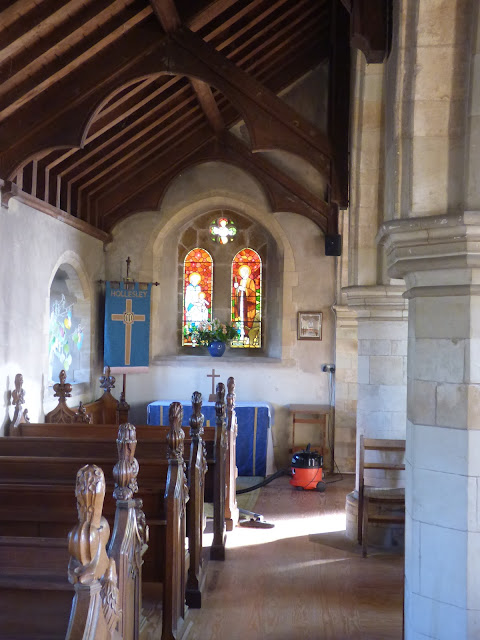 View down the nave with one of the ladies cleaning! 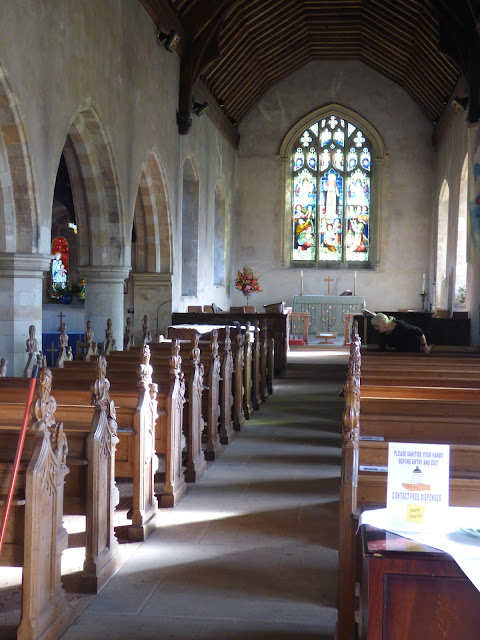 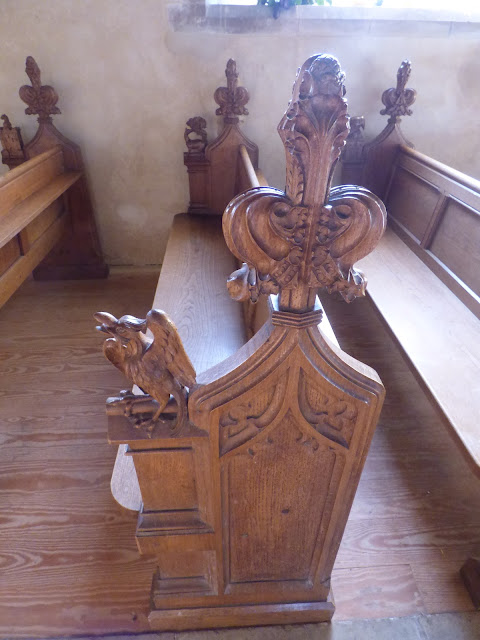