After the Art Exhibition in the village primary school I crossed over to the church for a quick look at the flower arrangements. "Poetry in Flowers". 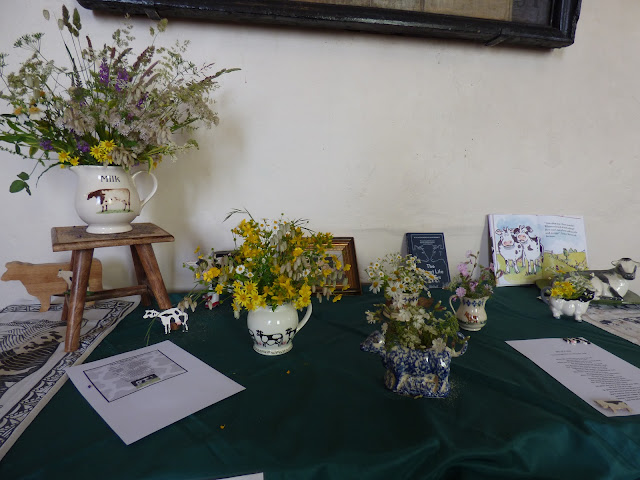 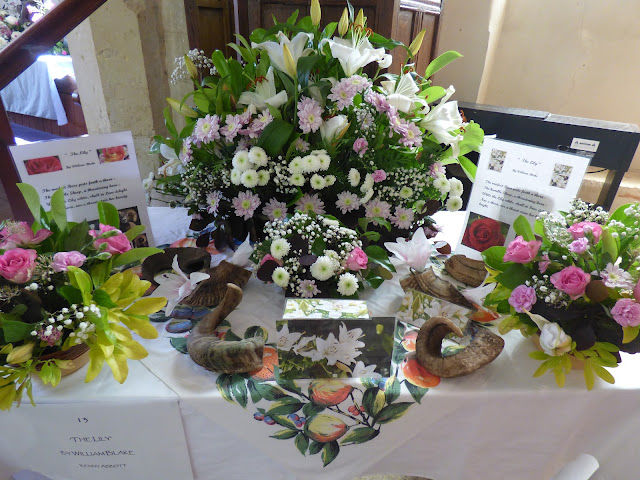 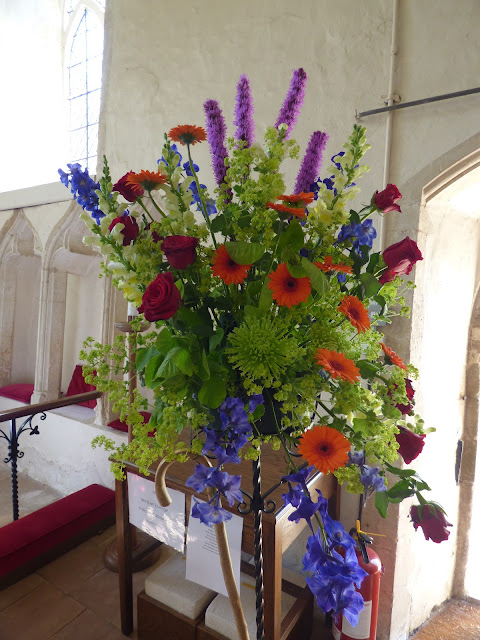 Loved this round design, not sure of the poem it was for. 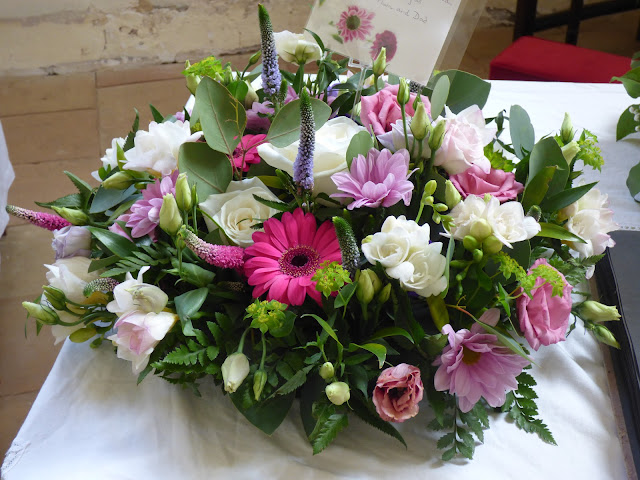 "The Glory of the Garden" by Rudyard Kipling is the poem this arrangement demonstrates. 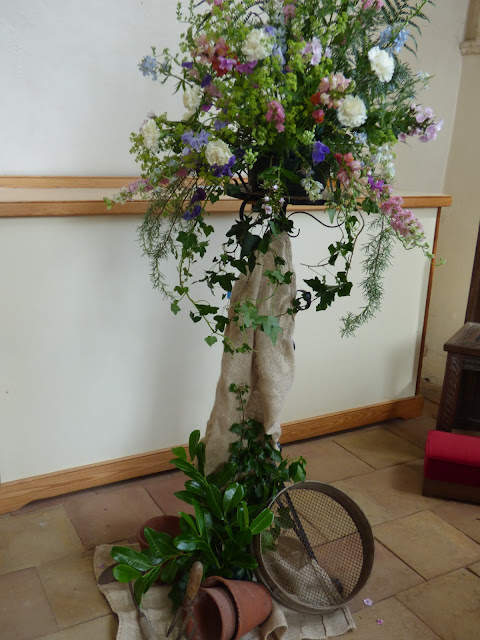 The arrangement below is called "Wimbledon" it's done by one of the joint presidents of the other WI I go to. The poem is by Jim O'Donnell, who I was surprised to find is a proper poet! (apologies to Mr O'Donnell!)

To aim to be champion of Wimbledon

The centre court the main event

Where all their skill and energy’s vent 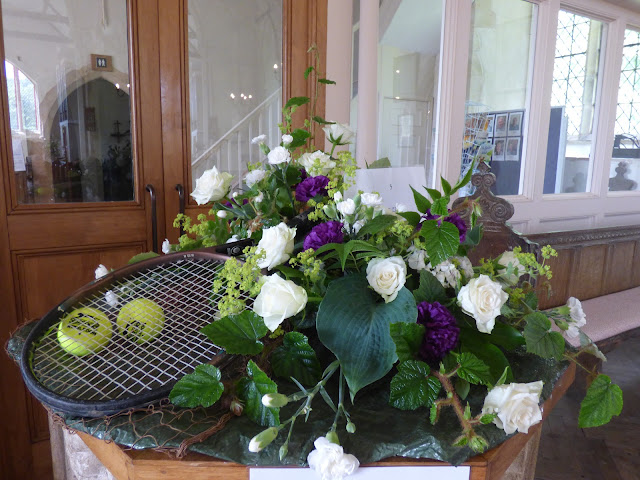 And in the porch were two arrangements done by the primary school to illustrate some of the Flower Fairy Poems of Cecily Mary Barker who often pops up on my blog.The Snapdragon Fairy and the Cornflower Fairy I thought I took a photo of both, but hadn't. 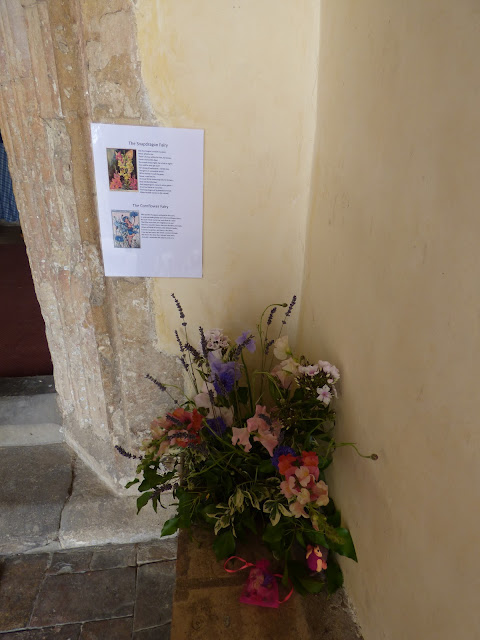 Then it was off home again