Down the Lane Again and onto the Meadow

Down the lane again on the last day of September 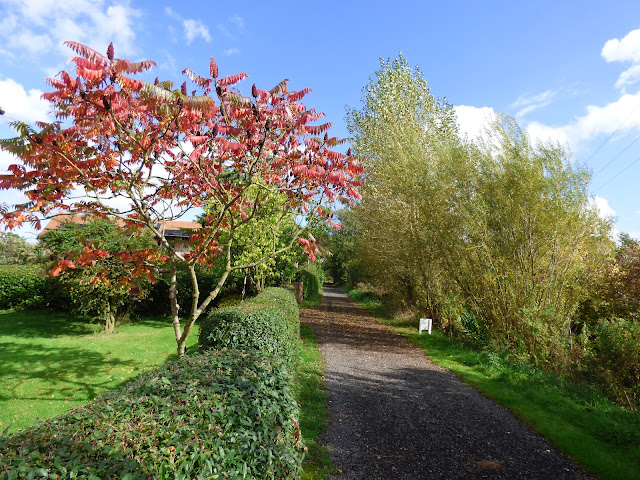 I took these photos on Thursday while the sun was shining. The tree with the most colour is the Sumac or "vinegar" tree in our front garden.
The leaves are coming off the Poplars very early. 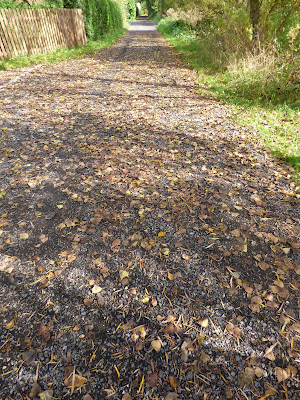 Somewhere in one of my books is a  list of the order in which trees lose their leaves each year. I shall have a search for it.
Spotted a few late blackberries - still looking OK, so went back down the lane after the photos and picked them to add to a few more windfall apples for Col's dessert. 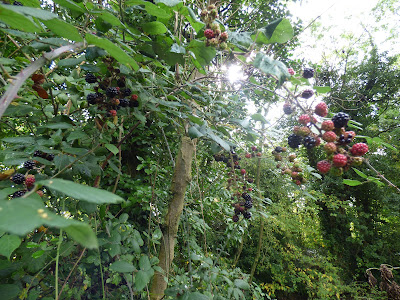 Loads of flowers on the Ivy, at the moment they smell quite sweet but the smell won't be so good later! Ivy Flowers are quite important for some bees and butterflies as they are a nectar source available late in the season. 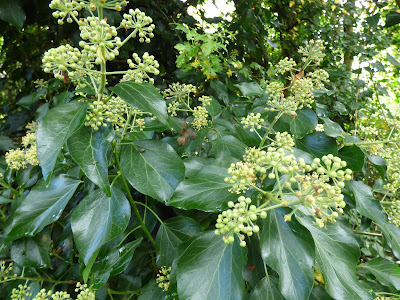 Talking trees, Col has been making some tree guards and stakes so that we can begin to plant some more trees on our meadow. We've got 2 walnut, a holly and a hazel in pots that can go out already and while he was working out where to put them he found another walnut that a squirrel had planted a while ago. 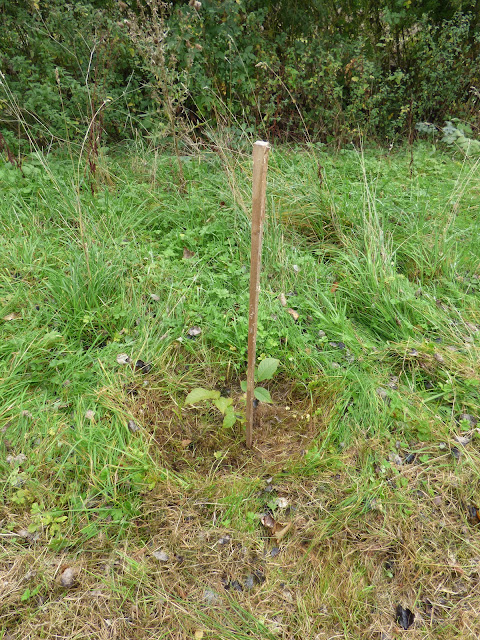 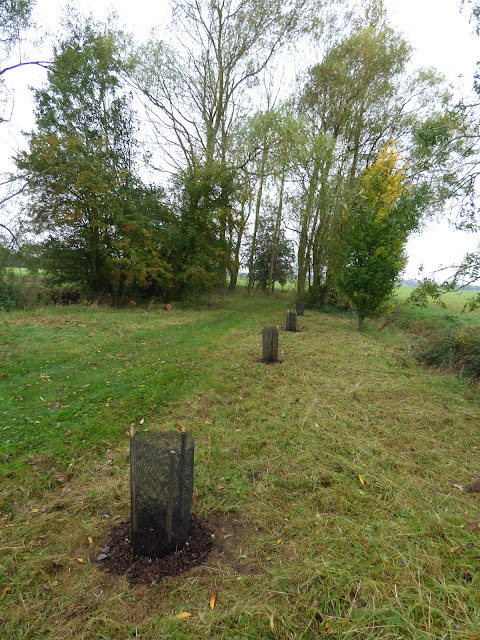 to  go to Addenbrookes hospital, where he thought he was just having a CT scan (for both the stem-cell doctor and the ENT doctor). But then we got told the ENT doctor who we saw last time wanted to see him to check the scan results and then he was told they would do a sinus operation (Ipswich hospital  said he didn't need one) before the stem cell transplant and he got sent  to pre-op assessment  and another then a blood test. So it was after 7pm before we got home, 2 hours later than we thought.
Fed up with hospitals and waiting - we've become experts at the art of patience!

Anyway now we can sort out what other trees to plant to make Col's Birthday Wood. There's room for about 15 or 20 trees. Silver Birch - definitely, a few pines of some sort, maybe some Sweet Chestnut and more Holly. It will be fun choosing.

Posted by Sue in Suffolk at 06:00
Email ThisBlogThis!Share to TwitterShare to FacebookShare to Pinterest
Labels: Colin's Birthday Wood, The lane