The local primary school were holding what was advertised as a Victorian Christmas Fayre at the Mid Suffolk Light Railway Museum. That sounds worth a look I said.

So we walked down our footpath and across the field and down another footpath and up a little lane until we get to the railway museum entrance.

There were lots of craft stalls and a tombola and rides on the train of course but where the Victorian bit was I have no idea...............just  two ladies in long dresses. That didn't matter as it was a lovely sunny afternoon for a walk. Col bought some draw tickets so there is always the faint chance that we could win a hamper but as we are never lucky it's a bit unlikely! 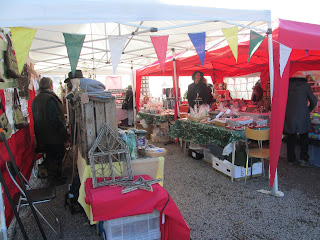 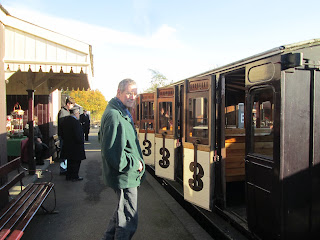 We spoke to some of our neighbours who live in the house opposite the end of the lane, they had also walked down our footpath "looks like you've got plenty of wood!" they said and they also introduced us to another lady who lives just along the road a bit who we hadn't met yet.

Then we got on the train for a lift part of the way home! 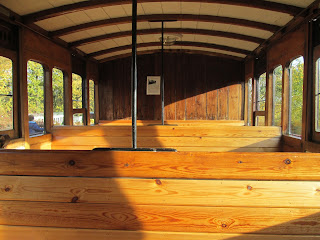 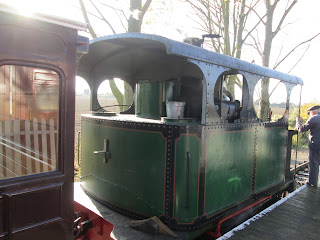 When they raise enough money to extend the track it will take us even closer to home.