When the USAAF came to Suffolk

All over Suffolk there are remains of wartime airfields. Some were RAF but after 1943 many were manned by young air-men from the States. On some airfields nothing much remains except perhaps a bit of runway used by a farmer for hard-standing or a few buildings perhaps used for storage or hidden among woodland.

Not far from where we live now was Horham Airfield known as Station 119 where the USAAF 95th Bomb Group were stationed between June 1943 and August 1945. 4 Squadrons and up to 2,000 men would have been living and working in this rural area close to the town of Eye. Now two bits of the old airbase have been turned into museums and last Sunday, on their last opening day of the year, we went to have a look. 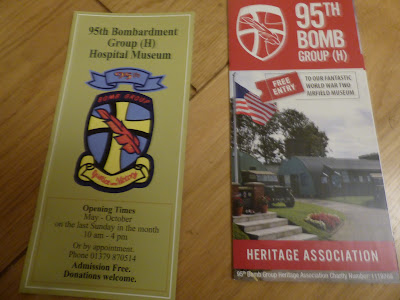 The Hospital Museum is a small privately run enterprise, while the Red Feather Club Museum on the right is a much bigger organisation.

This is what the hospital would have looked like in 1944 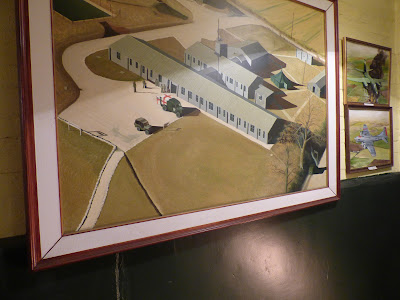 An ambulance and old tools and equipment in the garage 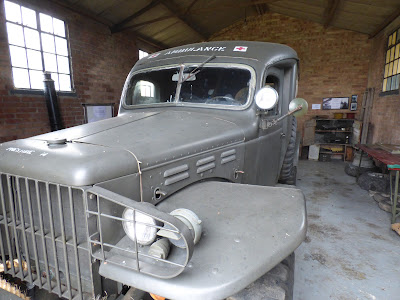 The emergency surgery room is a bit basic 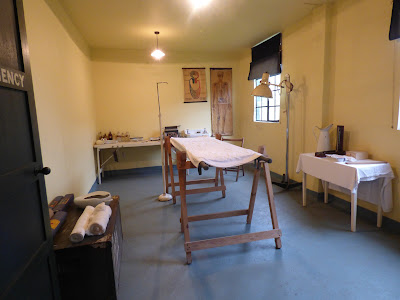 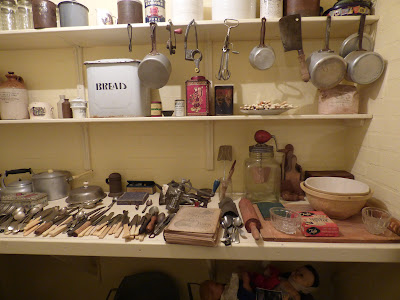 Many airmen and their families had donated things to the museum. This case had papers and memorabilia from a James Irwin 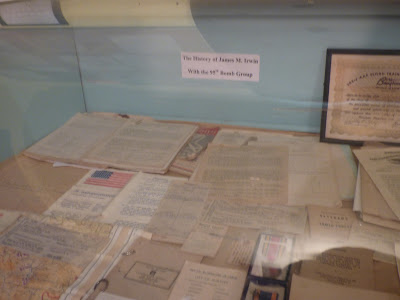 Then we drove half a mile down the road to the buildings that housed the social club, bar and dance hall where the guys would have relaxed in their downtime 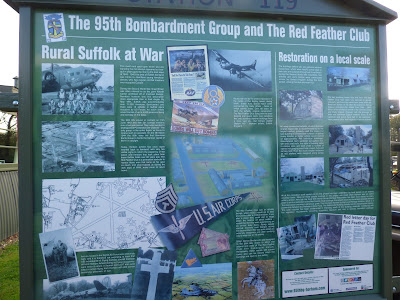 Not many photos from here as it was very busy. It was the final day of the season and they had their AGM happening later and many people were there in 1940's dress, the bar was doing a roaring trade.

The Huge model below shows the airfield and it's surroundings as they were. It was difficult to photograph, I needed to be 3 foot taller! 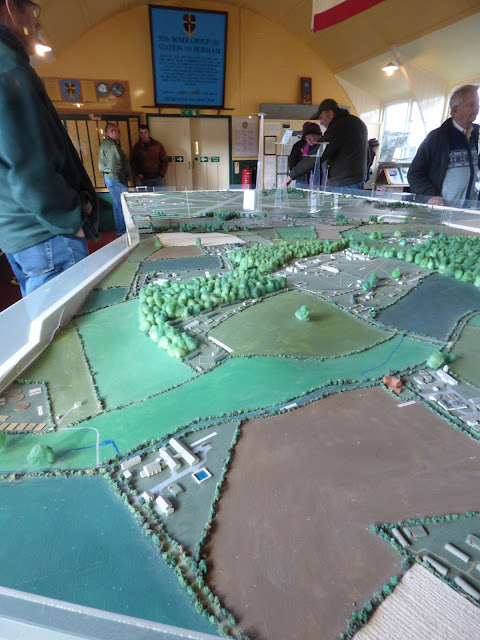 but you can see the hospital site in the foreground and the runways criss-crossing in the background. The accommodation areas  were spaced all around the edges of the airfield - one is on the bottom right corner and the Red Feather Club buildings are among those centre right. It's amazing how quickly these airfields were built, going from farmland to airfield in just a few months.

The rain absolutely chucked down when we left so we hurried home to light the wood-burner and warm up with a cuppa.
An interesting couple of hours on a grey Sunday afternoon.


Posted by Sue in Suffolk at 06:00
Email ThisBlogThis!Share to TwitterShare to FacebookShare to Pinterest
Labels: Local Events