Stowmarket, a market town almost in the centre of Suffolk, population around 20,000.

I was born there, when I was small I went there every week on the bus to visit my Grandma, then went to Grammar school and Youth Club there between 1966 and 1971  and lived there between 1975 and 1980 and for 6 months in 1991/2, also worked there between 1978 and 1980. It's always felt like MY town. I know my way around it, back streets, short cuts- and have even got used to the new roads that have appeared while we lived at the smallholding over by the coast.. Now we are back in Mid Suffolk it's my town again.

Here's a narrow alley, a path from the church to the High Street. When my Mum was small and lived in town there were houses up both sides. I can remember when there were houses on the right and an Eastern Electricity depot on the left. Now the town library is on the left and most of the buildings on the right have been demolished or rebuilt as part of the shops on the main street. 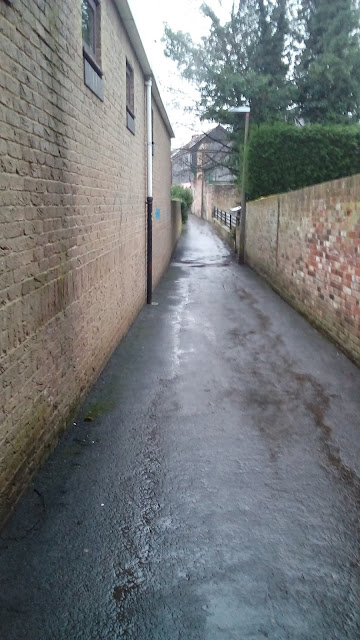 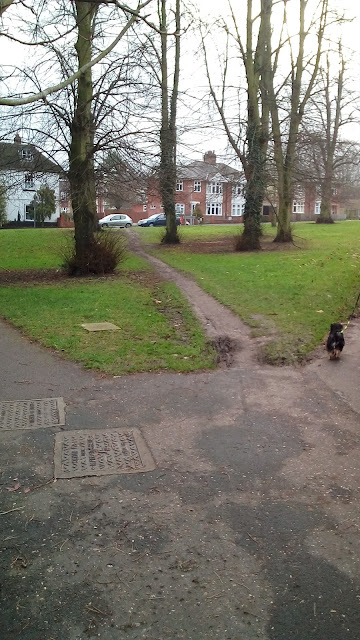 Nowadays you can't imagine anyone pitching a tent here but just to the left of my photo is the Stowmarket Guide Hut, it's been there since the 1920s and my late mum said she used to camp here when she was in the guides during the 1930s. When I was small there were many more trees and shrubs and benches for sitting. The only public toilets in town were beside the Guide Hut and every Thursday when we went shopping mum would have to take me to the loo before we went back into town to catch the bus home!


These cottages are just behind me as I took the Camping Land photo. They've been here since the 1700's but nobody noticed them much until 2012. 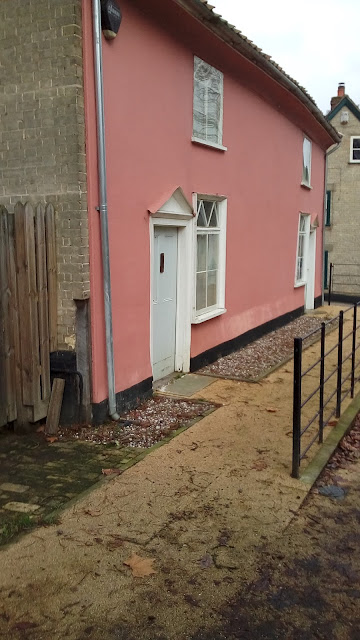 That's when The Museum Of East Anglian Rural Life restored them 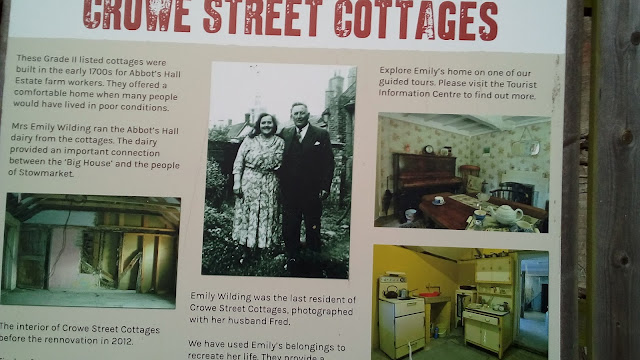 Must go on one of the guided tours sometime to see inside.

I'll probably show you around more of my Home Town over the next year.

Thanks for comments yesterday

Posted by Sue in Suffolk at 06:00
Email ThisBlogThis!Share to TwitterShare to FacebookShare to Pinterest
Labels: Memories, Stowmarket