Yet another post that's been in drafts for ages.....there was still blossom on the trees when I took this photo!

In one of the quietest parts of Mid Suffolk is a church that was built as a private chapel back in 1474/80 for Sir James Tyrrell the then Lord of the Manor at Gipping Hall which was demolished in the 1850s. Sir James Tyrrell was supposedly responsible for murdering the Princes in the tower under Richard III. Tyrrell was executed in 1502 for treason

Gipping itself is a tiny village, population under 100, that gives it name to the river that rises there and flows through Stowmarket and to Ipswich and the River Orwell and then out into the North sea.
The church was never a Parish church but has been cared for by trustees since 1743.

I just took a couple of quick photos as I was passing through the little hamlet
.
The outside 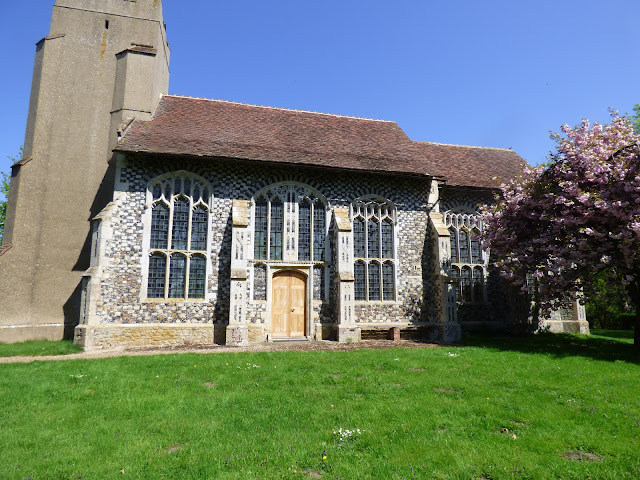 
a concretionary nodule or mass, usually of calcium carbonate or of argillaceous carbonate of iron, traversed within by a network of cracks filled with calcite and other minerals.
Who knew?

According to my book it is regarded as the finest in Suffolk.

The very plain tower was added in the 17th Century by a Tyrrell of the time and looks quite out of place compared to the rest of the church. 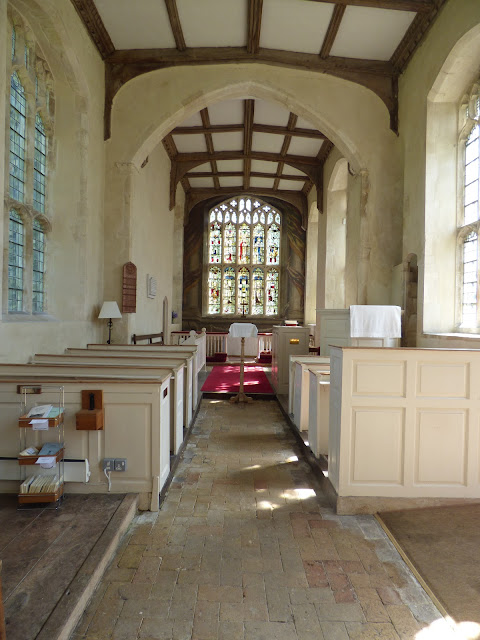 There is only one stained glass window and that is made up of fragments of medieval glass. There are much better photos and information on the Suffolk Churches Website .
From the notice board I could see they have a service here once a month as part of a neighbouring parish.