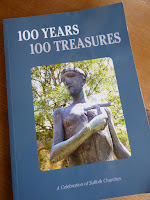 Another tiny church from the 12th Century tucked away in a very quiet village a few miles from Stowmarket. This part of Suffolk is close to where my Dad, Step Dad and Auntie were brought up and where their uncle and cousin lived. We were often taken to visit Great Uncle George and Aunt Nellie, somewhere in the village but not sure where. Age 7, I was a bridesmaid to their daughter when she married but I don't think it was at this church.

This porch was full of leaves and the door had no handle so I thought I wasn't going to be able to get in but found a small back door unlocked. 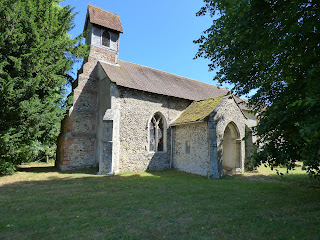 The main point of interest in the church is the 18th Century musicians gallery across the west end of the church. 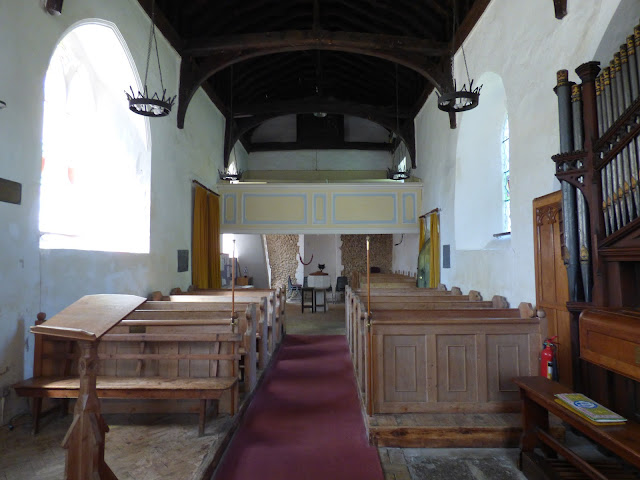 " it is one of few remaining that sprung up after many pipe organs were destroyed by Cromwell's Puritans and there was little to relieve the tedium of long services and sermons.
The West Gallery Music Association claims this tradition came out of of a desire of parishioneers around the late 17th century to do more than sit in dull silence at the point where the psalm may be sung or said and soon great hymn writers such as thee Wesleys were inspiring village musicians all over the country, The locals would lead the congregation and, at Battisford, Fredd Mudd made stringed instruments using local wood and homemade tools. A wind instrument known as a Serpent was also played here and is now housed in the museum at Christchurch Mansion in Ipswich.

There is a small organ in the church now 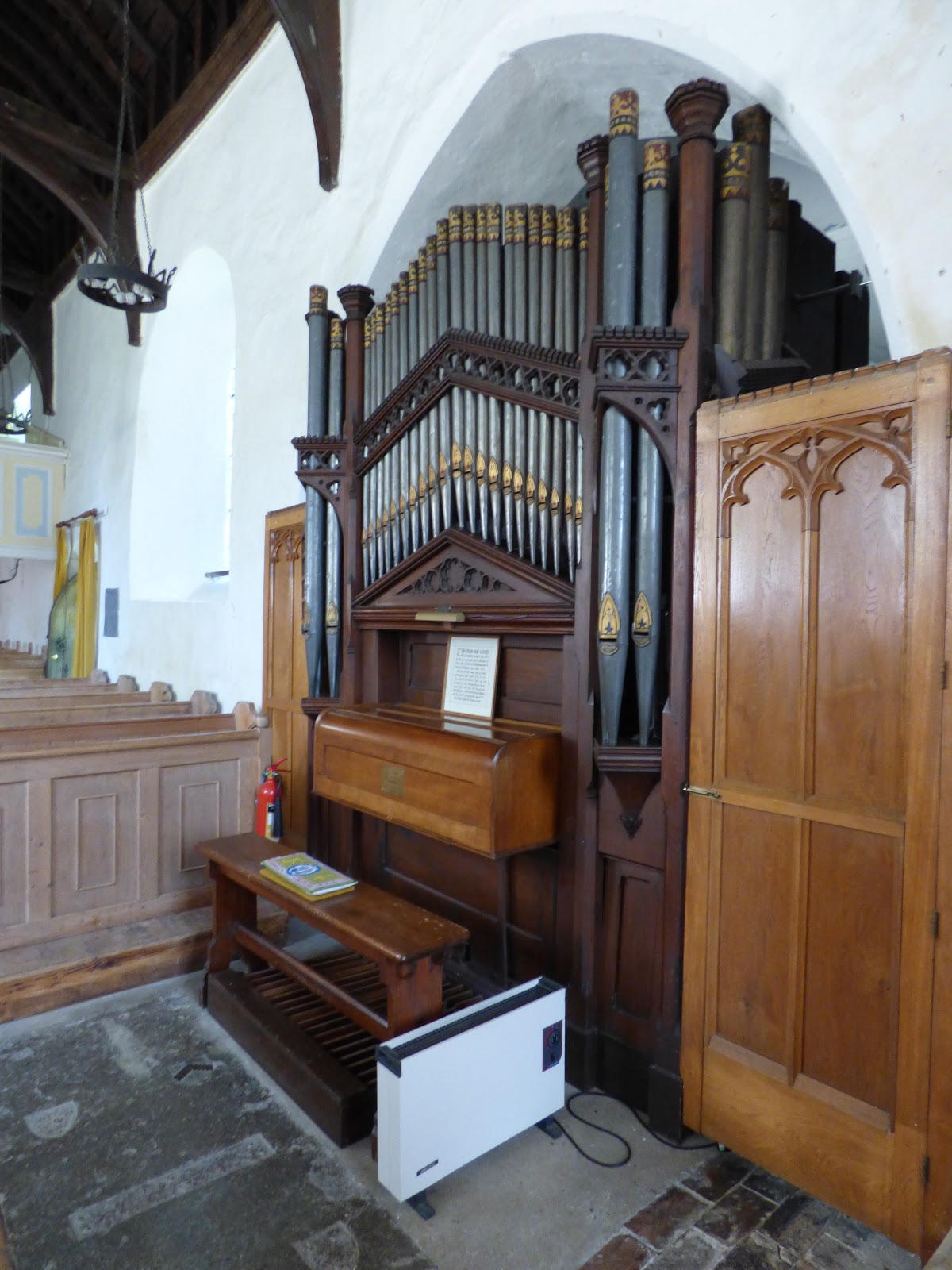 The font cover was presented to the church in 1967  to commemorate the presence of the Knights Hospitallers of the Order of St John of Jerusalem in the village. 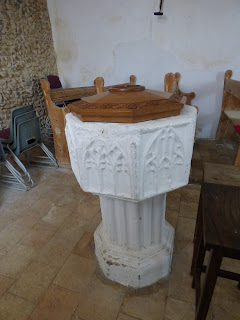 The knights held a half interest in the church in the 12th Century ( info from the book, not sure exactly what that means). 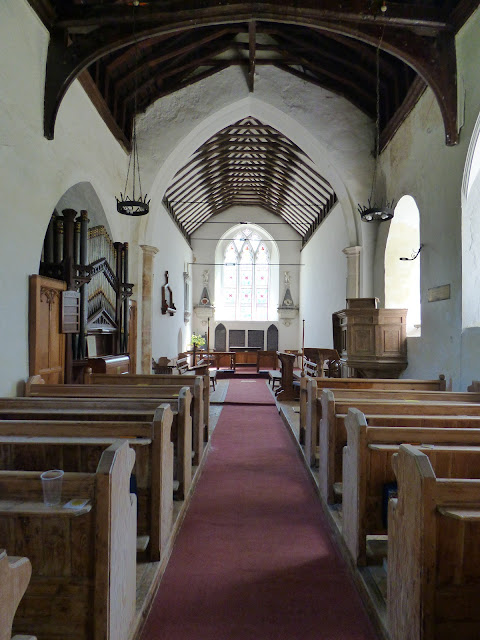 Most of the windows are stained glass, but very pale patterns rather than pictures and they don't show up at all on my photos.

More details HERE on the Suffolk Churches website and if I'd read this first I would have found the way in easier and would have looked out for the other things mentioned.