Whoops, got carried away with Suffolk Show photos and forgot the June Folklore page.

This is the June illustration in 'An Illustrated Country Year' 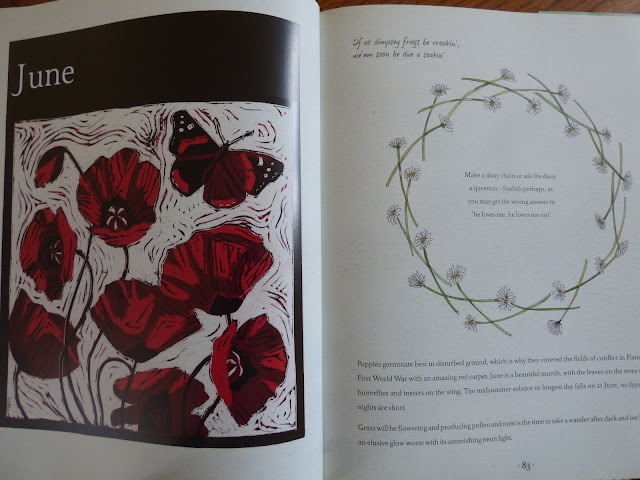 June is usually my favourite month....Summer, Strawberries and Wimbledon.... not sure it will be so joyful this year with Col's funeral but I will get through.

From the Mystery book - still no clue as to where it came from - "An Illustrated Coastal Year".

This book is divided into seasons rather than months. So from the Summer pages...........but not many cliffs in Suffolk to find these 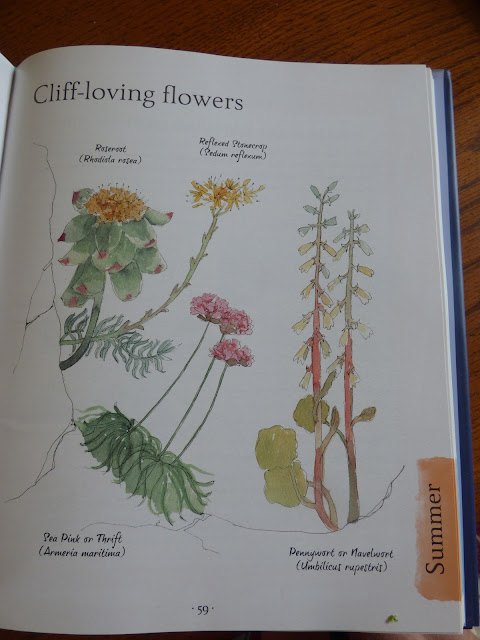 But much more opportunity to find these Shingle loving flowers in Aldeburgh, Thorpeness or the aptly named Shingle Street. 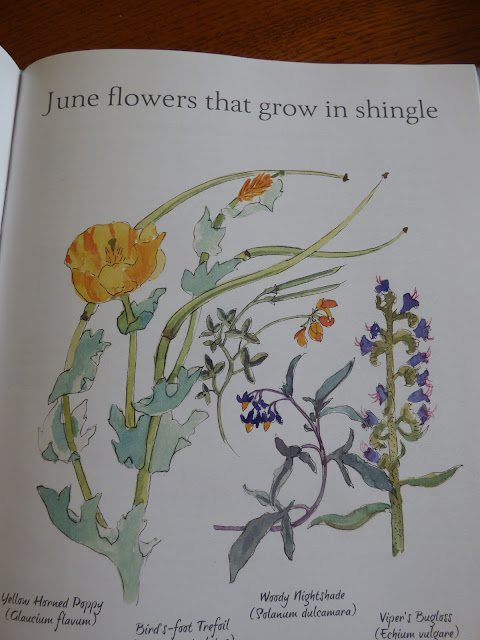 
Calm weather in June, sets the farmer in tune

Before the change of calendar in 1752 the longest day was June 11th. This is Saint Barnabas' Day

Midsummer's day was for centuries one of the main festivals in the countryside and celebrated the abundance and mystery of nature.
Bonfires were lit on hilltops for the solstice and it was the custom for people to leap over the flames for good luck.

Elder will flower this month and there are many recipes for syrups or wine. Elder was considered to be an unlucky tree because of it's associations with witchcraft. Cutting down an elder tree would bring bad luck unless you apologized profusely and burning elder indoors would "Bring the devil indoors".
Farmers don't like elder in a hedgerow as it is brittle and no good for keeping in cattle or sheep. Yet having Elder growing near a doorway could protect from evil spirits entering the house and stop lightening strikes.

Many Thanks for comments on the Suffolk show posts, I enjoyed the day and then writing about it took me there all over again - double pleasure!
Back Tomorrow
Sue
Posted by Sue in Suffolk at 06:00
Email ThisBlogThis!Share to TwitterShare to FacebookShare to Pinterest
Labels: Folklore