The 1st of November is All Saints Day and might bring some fine warmer weather?

This months picture of a hare and a bonfire  and the words following come from the library book collected last week................ 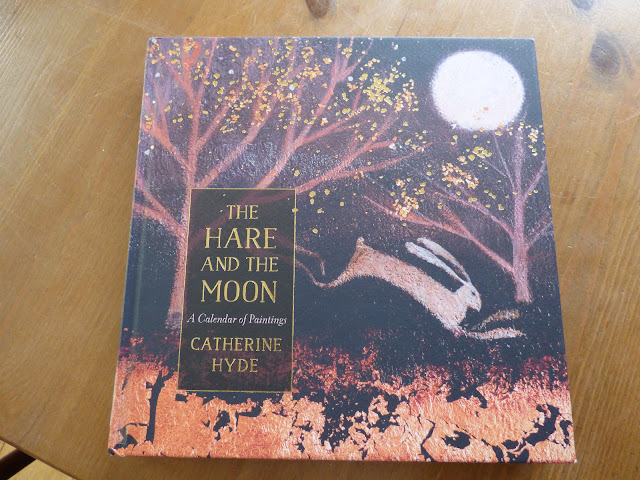 And she sings,
The Hunter's Moon, The Frosty Moon
The Cold Moon, The Badgers Moon
The Long Night Moon, Novembers Moon

There's a short poem in the little book Country Poems that I picked up at a charity shop last month about Autumn bonfires, it's by Robert Louis Stevenson who wrote lots of poems for children as well as his more well know stories.

In the other gardens
And all up the vale,
From the autumn bonfires
See the smoke trail.

Pleasant summer over
And all the summer flowers,
The red fire blazes,
The grey smoke towers.

Sing a song of seasons
Something bright in all
Flowers in the summer
Fires in the Fall.


November takes its name from the Latin novem because it was the ninth month of the Roman year. The Anglo Saxons named November "Blodmonath" meaning Blood Month, maybe because this was the month when any older livestock would have been slaughtered before winter, so as to save fodder for the younger animals.

One of the weather sayings for November is quite well known

Ice in November to bear a duck,
Nothing after but slush and muck.

From one of the childrens' books that's moved house and stayed with me for 30 years. Illustrating the Sara Coleridge poem 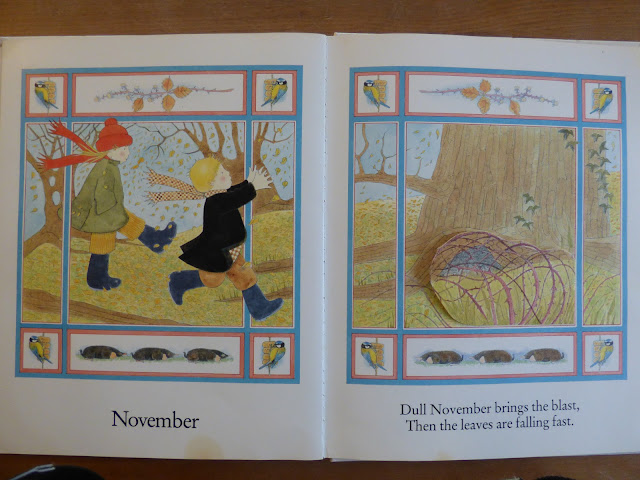 From the publication date it must have belonged to Youngest daughter. The lift up flaps show the mouse family enjoying themselves each month...... I ought to see if she wants the book back for Florence. 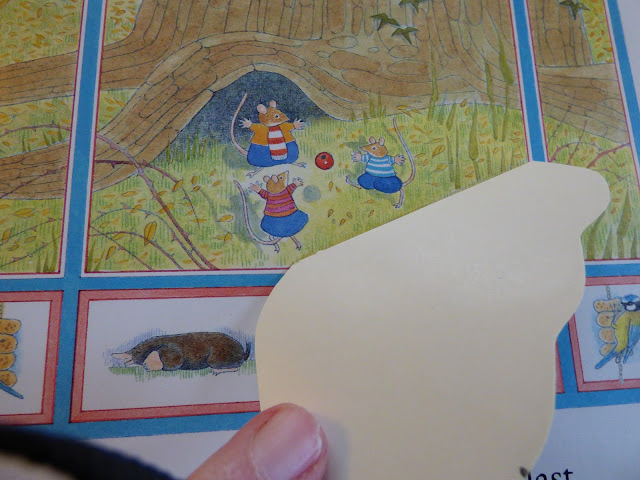 
Posted by Sue in Suffolk at 06:00
Email ThisBlogThis!Share to TwitterShare to FacebookShare to Pinterest
Labels: Folklore