Around Joe's Lane and Back Down the Road

Sunday was so gloomy and grey indoors and out, so after making the Cattern cakes, mixing the Christmas pudding and getting the breadmaker to make me a loaf of bread I thought I'd better get some exercise in the damp daylight.

The farmer hasn't used his quad bike yet to put the line of the footpath back across the field which is very muddy. You can just about see where a few people have walked across, but I decided to go round the edge. 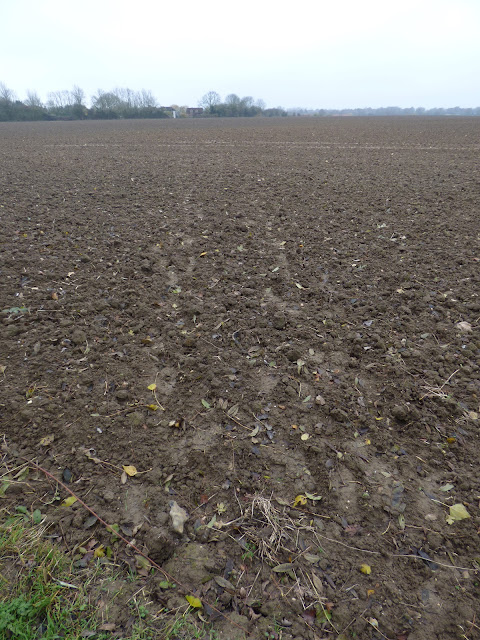 Looks like a deer .....probably a Muntjac went the same way 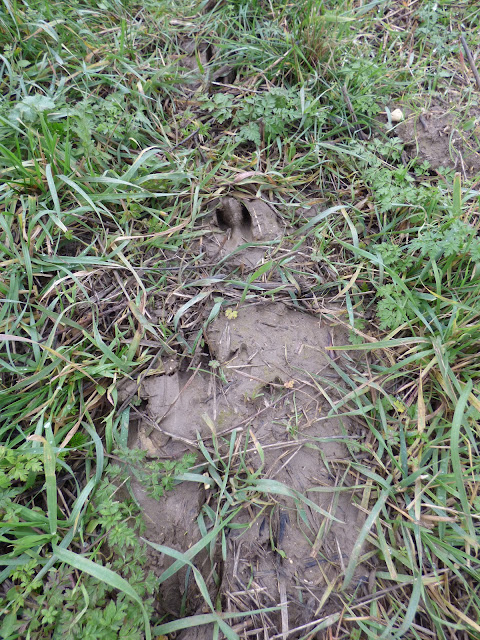 Then along Joe's Road and I've no idea who Joe was 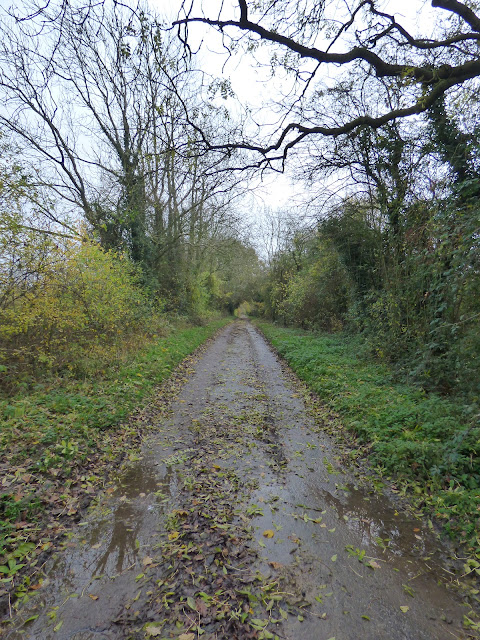 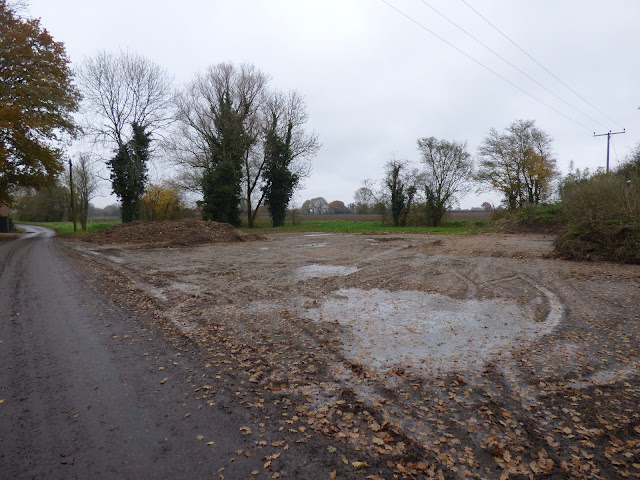 All that's left is a big heap of soil which fell off the beet when it was loaded, I expect it will get shifted sometime 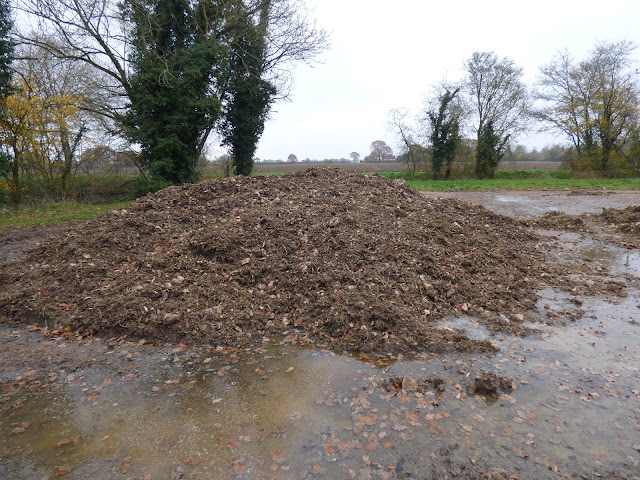 This barn was up for sale a while back for conversion to a house, but nothing has happened yet 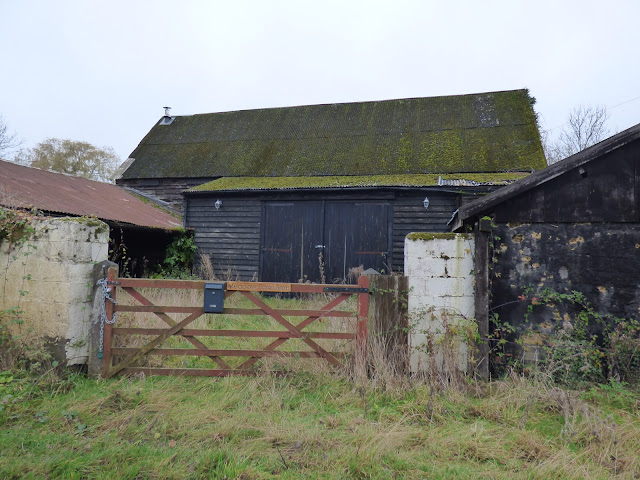 Someone's been round with a can of yellow spray marking the pot holes and these kerb-stones that need repairing because they've been pushed away from the road edge, so I guess we'll have a road closed sign sometime while they do the work. 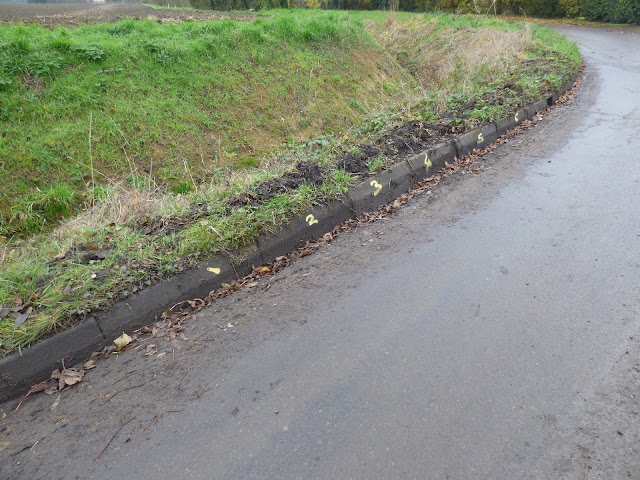 The brown signs are the Heart of Suffolk cycle route- about 50 miles round Mid-Suffolk, and the green sticker is for the new Hakluyt 6 mile cycle ride round the different parts of the village 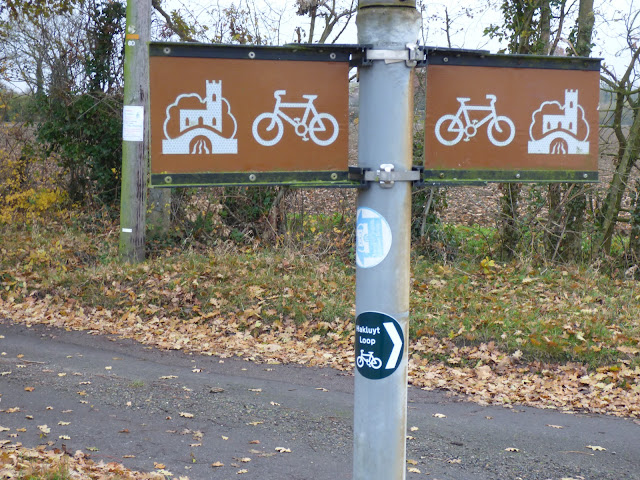 Between this photo and the one below I talked to Simon and Andrea who pulled up in their car beside me to say hello, they live in a house on the road opposite the end of the lane and then to Ruth who lives in the house beside the post box, she was gardening out the front of her house. They were the only people I talked to all day so it was a good thing I went out.
And the postbox at the end of my lane has been painted - a rare occurrence. 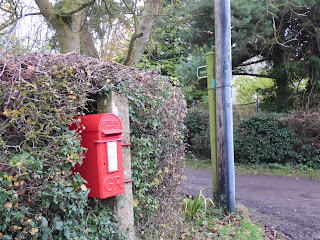 Then I went up the lane and home to light the fire.

The electric is off here all day today......a planned outage while they do repairs somewhere nearby. Think I will be lighting the fire much earlier than usual.
(edited  in at 8.30 - just had a text message to say electric outage has been cancelled for today - bother - I shall have to do the hoovering after all!)

Posted by Sue in Suffolk at 06:00
Email ThisBlogThis!Share to TwitterShare to FacebookShare to Pinterest
Labels: The lane