This has happened before - I read a book about something I don't know much about and then by co-incidence the next book is about the same subject. Very weird.

The River Thames is at the heart of both these books 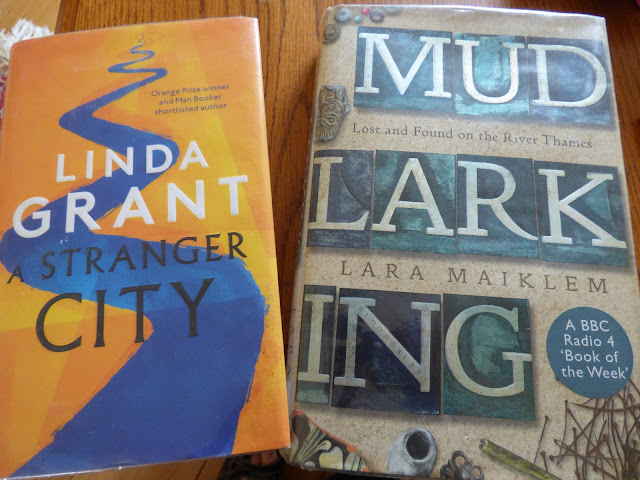 Fiction..........A Stranger City
The library have catalogued this as crime but I think that's wrong as it turns out there is no crime involved in the main story line. This book has also won prizes - so normally I would avoid reading. All in all I'm not sure how I came to  request it from the library!
It's a book set in London around the river Thames and at the present time after the Brexit vote but in this version immigrants are sent on trains to prison ships on the river to await deportation.
When a dead body of an unknown woman is found caught in the chains of HMS Belfast, a policeman, a documentary film maker and an Irish nurse all respond to the death in different ways.
The book shows how people in London can disappear, how relationships change and move on and how home isn't always a physical place.


Non Fiction................Mudlarking
Totally different but also has the River Thames as the main theme. Lara Maiklem has been scouring the banks of the Thames for 15 years looking for objects lost there in the last 2,000 years.
In this book she describes all the places along the Thames that have access at low tide and what she has found in each place. Then she finds the history of how many of the artifacts were made and even sometimes who they belonged to.
I found it fascinating as some of her common finds are the same as we turned up in the garden as a child. The house we lived in dated back to the C16 and had once had derelict cottages in the back garden and we were always finding "treasures" left there from before the time of bin-men. Countless clay pipes and pieces of blue and white china and buttons were common finds. I'm regretting the things once found, kept for a while and then lost like a tiny dolls cup, codswallop marbles and a very old dice.We never discovered anything of any importance or value in our Haughley garden unlike Lara who has had some very special finds that have ended up in museums.
Mudlarking on the River Thames has been going on for hundreds of years, once it was children who scrapped a living from finding and selling pieces of coal. Now you need a permit and have to report anything of value.
The inside front and back end-papers show drawings of items another Mudlarker had found. 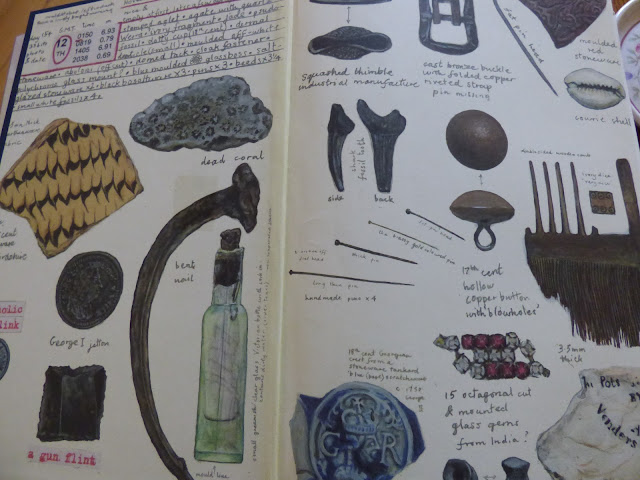 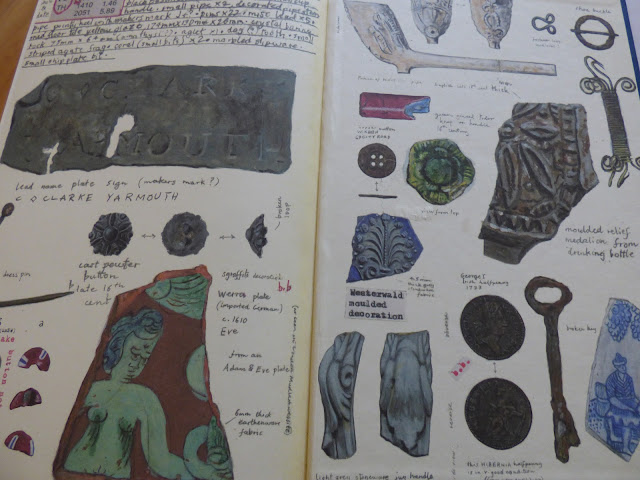 Many thanks for comments over the last couple of days.
Back Tomorrow
Sue


Posted by Sue in Suffolk at 07:00
Email ThisBlogThis!Share to TwitterShare to FacebookShare to Pinterest
Labels: Book Reviews