The Saint for April 16th is one even I  had heard of.......St Bernadette of Lourdes.
She was born in 1844, daughter of a poor miller. In 1858 while collecting wood on the banks of the River Gave near Lourdes, she saw a vision of the Virgin Mary. She showed people the cave in which Mary had appeared but was mocked for her vision. From 18th February until 4th March Bernadette continued to see and speak with the blessed Virgin every day. Crowds would gather drawn by what she had seen and the mysterious appearance of a spring. On 25th March another vision of Mary told Bernadette that she must build a chapel at the place where the appearances took place.
Today Lourdes is a famous place of pilgrimage where people flock to be healed by the waters of the spring.
Bernadette became a nun in 1866 and died on 16th April 1879 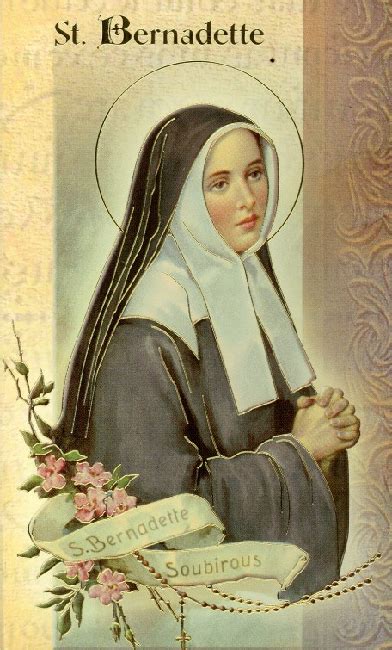 Back Tomorrow
Sue
Posted by Sue in Suffolk at 07:00
Email ThisBlogThis!Share to TwitterShare to FacebookShare to Pinterest
Labels: Saint's Days