Very excited to see my sister-in-law commenting on my blog, unless there is someone with the same name out there. I love it when people I know read and comment. If I had a friend or relative writing a blog it would be fun to read. (Although I now have friends who write blogs but I didn't know them before!)

Saturday was a cold, gloomy day with a bit of rain but not enough to do much good for the fruit trees and bushes.  I hardly stepped out of the door at all and watched my birthday present DVD of Midway, which is the 2019 film look at what happened in the Pacific after the Japanese attack on Pearl Harbour in 1941. I've seen the film from the 1970's several times on TV and now want to see it again so I can decide which was best.....

Swallows or Housemartins returning have been mentioned on some blogs, no sign of them here yet, the cold east winds we keep getting are probably pushing them further west  but out cycling last Thursday I spotted the first Orange Tip butterfly and then two small Blue butterflies - presumably Common Blue. I've been increasing my cycling distance each time I've been out so that on Sunday I was able to do the 6 mile loop around all the parts of the village. Next I'm going to try the 3 and a bit miles to the community shop in the next village. I can go one way and come home by another little road to make it more interesting.

My hair was driving me nuts as it gets so heavy when it gets too long so thank goodness I kept the clippers after starting going to a hairdressers. A quick buzz with a 5 comb and there was a big heap of grey/white/black hair on the floor, although I missed a bit at the back  oh well!
When Col cut my hair all the time it was always the 6 comb but having been used so much it developed a tendency to fall off mid cut - which was one of the reasons for starting to visit a proper hairdresser. Heavens knows what Kirsty will think of the mess I've made of my hair when eventually she is allowed to open her little shop again.
We did another Zoom meeting with 4 houses and all the grandchildren yesterday, it was lovely to see them again. Son had written a list for a scavenger hunt for the children.

That was my weekend and now here we go into week 6 of  Strange Times and week 5 of  lock-down. Must go shopping one day this week, that will be exciting but frightening at the same time and I need to pick up prescription too......are fish and chip shops open? - I usually get my cheap pensioners meal when I go and pick up my tablets

Kirstie Allsop has got a crafting programme on starting this evening at 5pm for everyone stuck at home, hope the ideas she has aren't too expensive. How glad I am that when I sorted the craft stuff I kept all the cross stitch materials. The frog got finished and I'm doing a couple of little bits that go onto  tea-pot shaped cards. 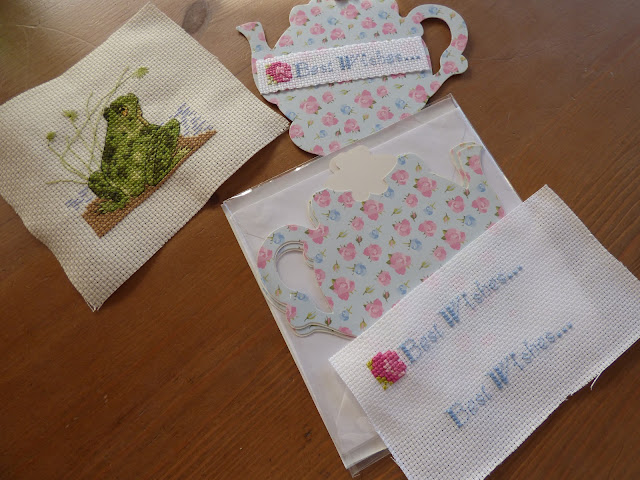 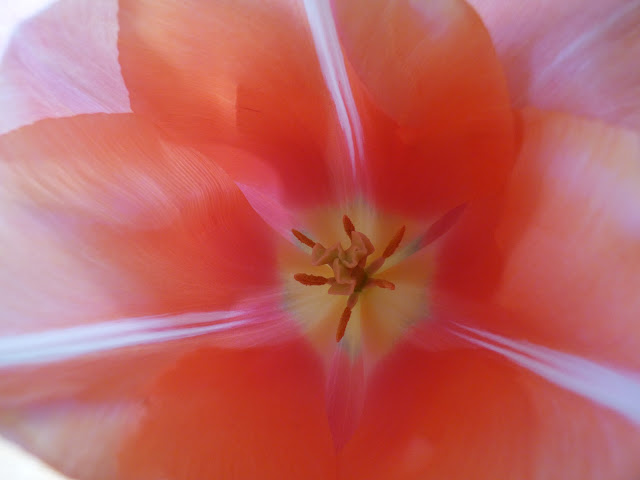 Posted by Sue in Suffolk at 07:00
Email ThisBlogThis!Share to TwitterShare to FacebookShare to Pinterest
Labels: Cross Stitch, Family, Grandchildren, Natural world, On My Bike