After snow all day Sunday, the teeny bits falling had added up to several inches and with the strong winds this had blown into drifts nearly 2 feet deep in places......like right outside my wood shed. Luckily I always keep the log basket topped up and  several boxes of wood in the garage so didn't need to venture through it.

It carried on snowing on Monday, the same small stuff adding another layer and as I had to fetch in some small wood and things from the freezer in the garage I thought I'd better capture some snow photos for posterity.

Only two people and their dog had walked the footpath so far. They are a couple who've walked by every morning, whatever the weather, since the first lock-down. They march along, never speaking. She's always several steps ahead of him and they never look left or right . Love the way dogs never walk in a straight line. 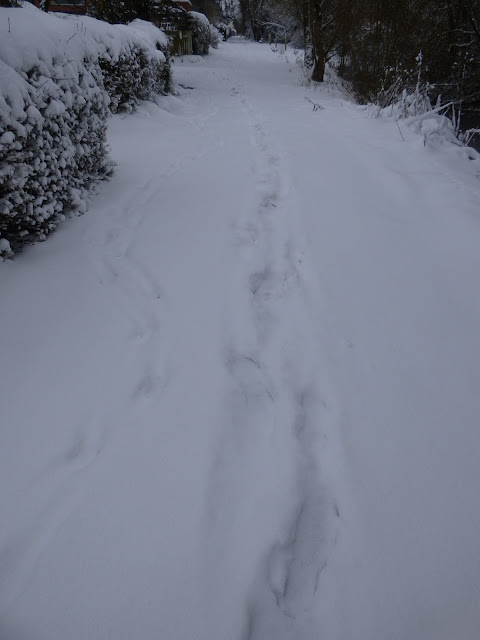 Here's the drift outside my wood shed. The snow has blown through the hedge opposite and landed here 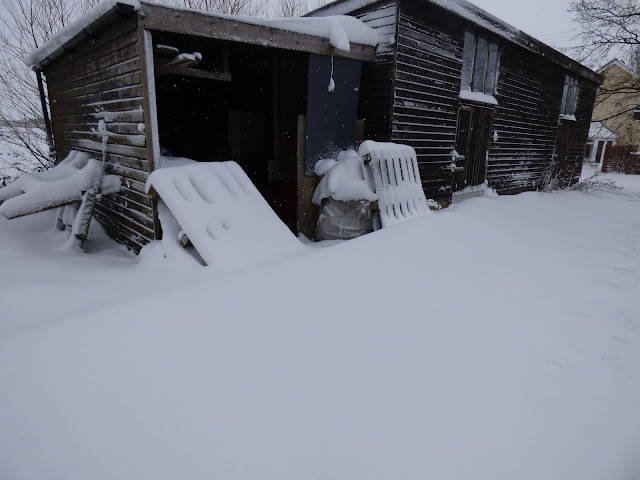 It reminded me of all the years that Colin worked as a supervisor for County Council Highways and every year he used to supervise putting up (and taking down) the snow fences along the A140 - not many miles from where I am now. The fences were set back in open fields along the road and were meant to slow the snow so it formed drifts on the fields rather than on the road. Eventually, after years with no snow they stopped doing it. Bet it would have been a good idea for this years snowfall. 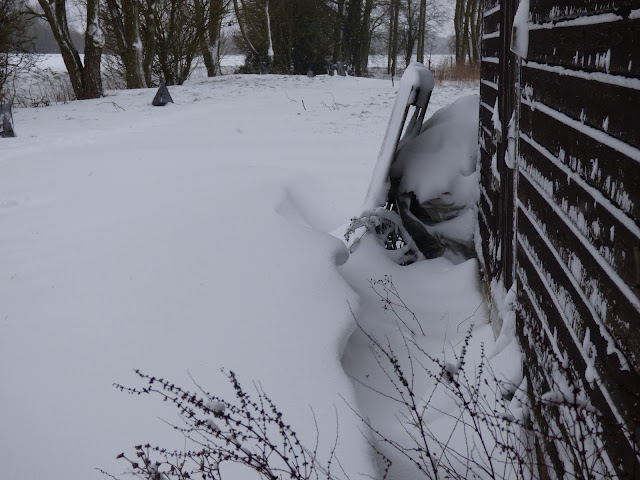 I went down the track to the road to see how much traffic was moving. My next-door-but-two neighbour had gone down the lane and turned right. 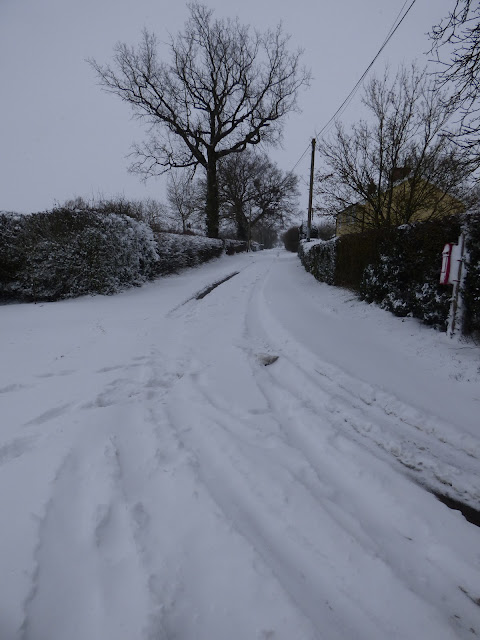 Not much coming or going the other way. I'm glad it's not moving day today as the removal truck would never get here. 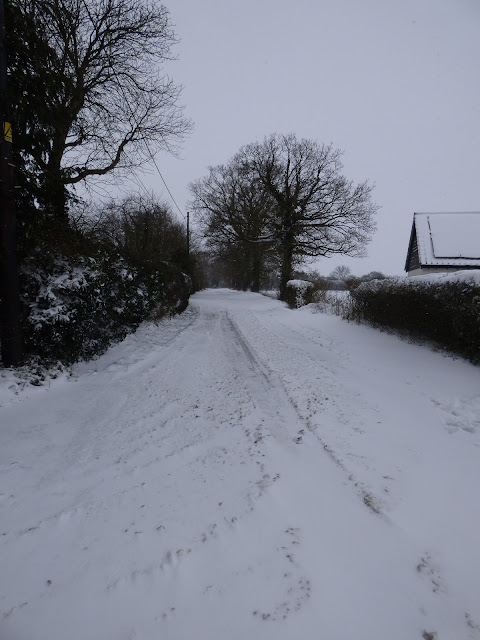 My solicitor emailed yesterday saying that the buyers conveyencer will not accept my answers to questions about the septic tank and the solar thermal panels. I had to send replies for the 3rd time. Same answers each time - half the questions I don't know the answers to and the questions about the solar keep asking about electric feed in tariffs! I've explained twice the panels are for heating water and not electric. Seem to be banging my head against a brick wall!
I've emailed the Estate Agent explaining why there is a hold up and if the conveyencer keeps on refusing my answers then I'll have to take my house off the market  as there is no point answering the same questions over and over again.
That should stir things up!
Back Tomorrow
Sue
Posted by Sue in Suffolk at 07:00
Email ThisBlogThis!Share to TwitterShare to FacebookShare to Pinterest
Labels: Weather