When I went shopping a couple of weeks ago I had intended to visit St Mary Le Tower in Ipswich town centre, but every gate was locked, so not even possible to get into the church-yard. Maybe I was too early in the day, although according to the board on the gate it should have been open. I'll try again next time I'm in Ipswich.

Instead I took a detour on the way home to visit Bramford church on the outskirts of Ipswich. 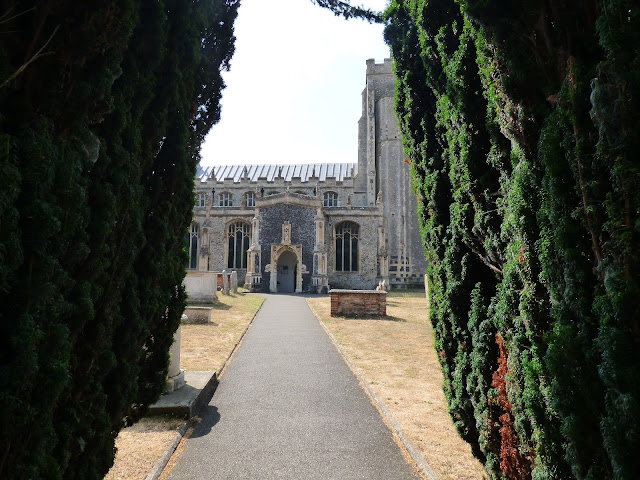 Gate open but church securely locked. Then a lady appeared and said she had the key if I wanted to visit, apparently they have a wall mounted box for donations which  idiots keep vandalizing. 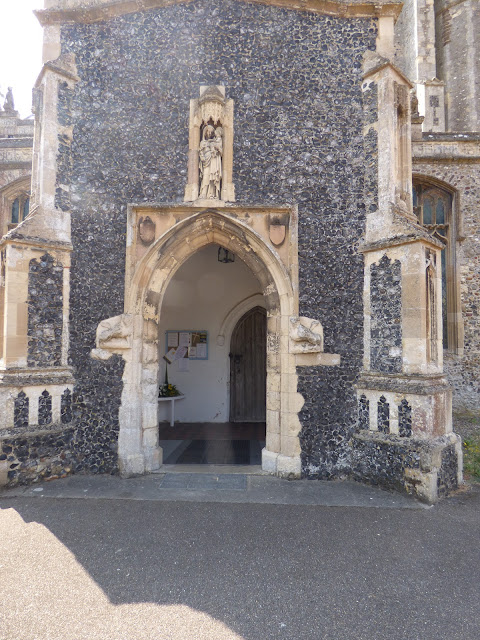 She let me in and then hovered until I'd taken photos and explained why I was taking them, then locked up securely afterwards.

The reason for this church being featured in the 100 treasures book is the stone chancel screen, dating from C14. Usually these features, which separate the nave from the chancel, are made of wood and there are only about 50 stone screens in England. It would have had a wooden rood loft above and a great rood or cross with a crucified Christ would have been painted so the congregation had a focus for worship in the days before most people could read. 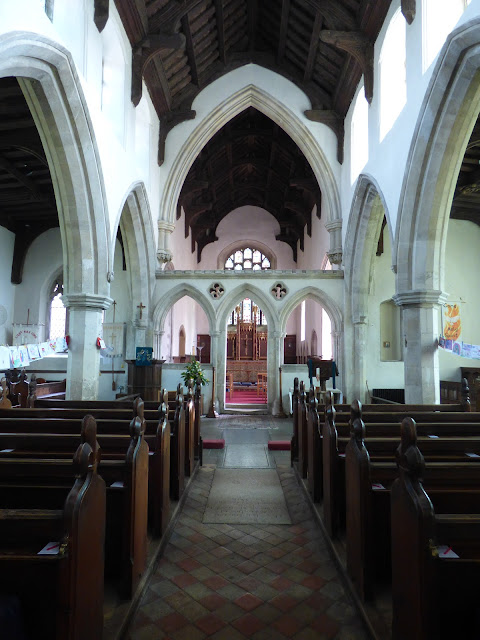 There were lots of other things to see in this very large church. The roof, single hammerbeam constructed in approx 1420 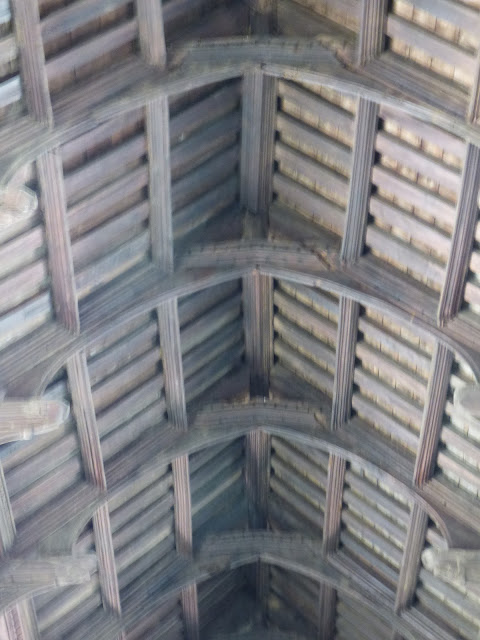 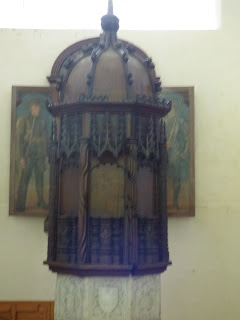 and tucked away behind the font, this memorial to the fallen of WW1 who all worked at a large company once based in the village - Fisons (more here). 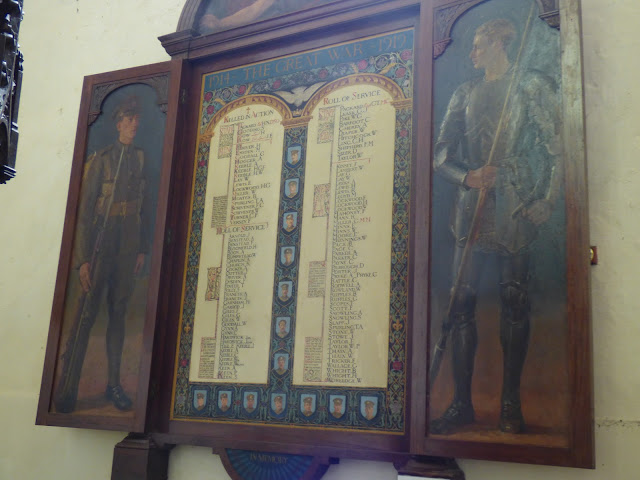 I spotted this 'gargoyle' ( I thought gargoyles were outside but this was inside so maybe it has another name). It must have made children smile through the last 6 centuries! 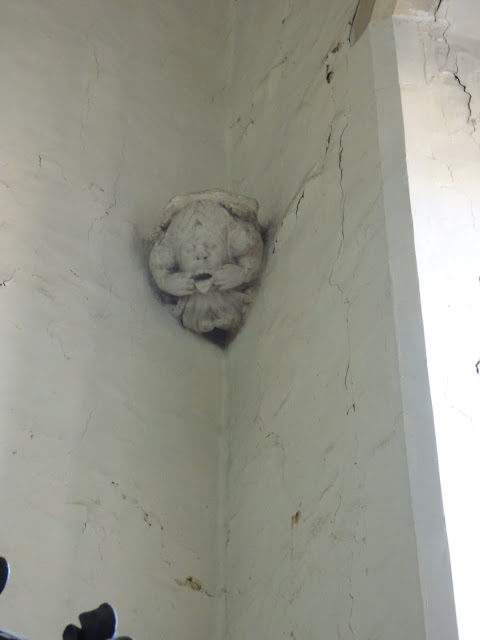 Some lovely stained glass remains, the first behind the altar 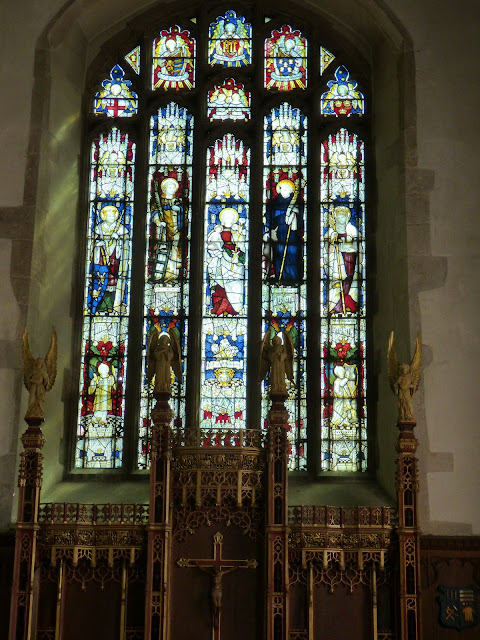 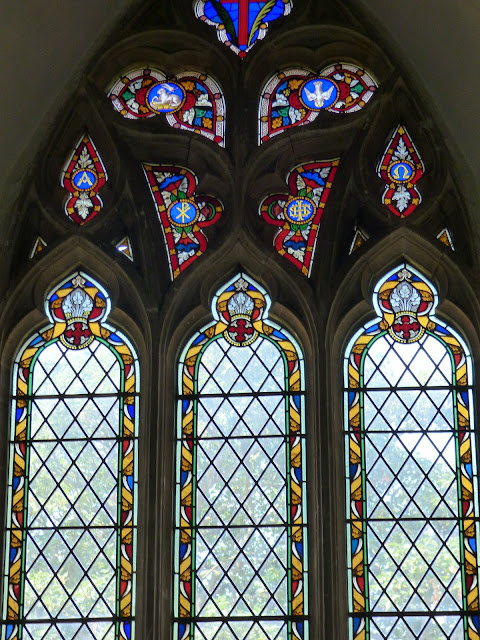 Much more about this church on the Suffolk Churches website HERE.