As this little church was only a mile from the smallholding I really should have been inside it before, but I hadn't. So it was all a nice surprise.

The tower was completely rebuilt in 1900 but it is thought to be a copy of the original from the C14. 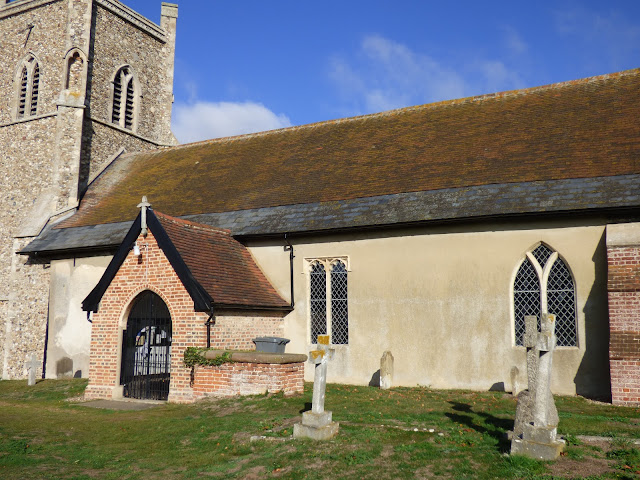 The reason for Friston church getting a mention in the 100 treasures book is because of this. The enormous Royal Arms of King James I (1603-25) which dominate the church. It's over 6 feet square and carved from planks five inches thick. 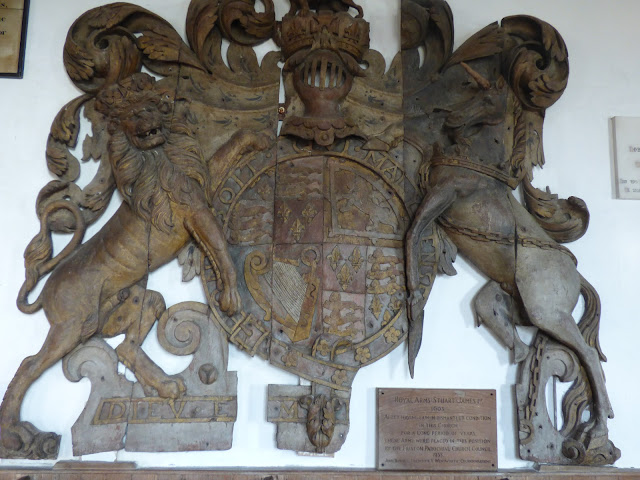 Royal Arms began to be displayed in the reign of Henry VIII, were banned by Queen Mary and during Cromwell's time but in 1660 Charles II made it obligatory. The pieces of this wood carving were found abandoned in the tower in 1935 and reassembled.

This is the cover of what was probably the church's first English Bible from about 1550. I tried to get a photo without reflections but it was impossible. 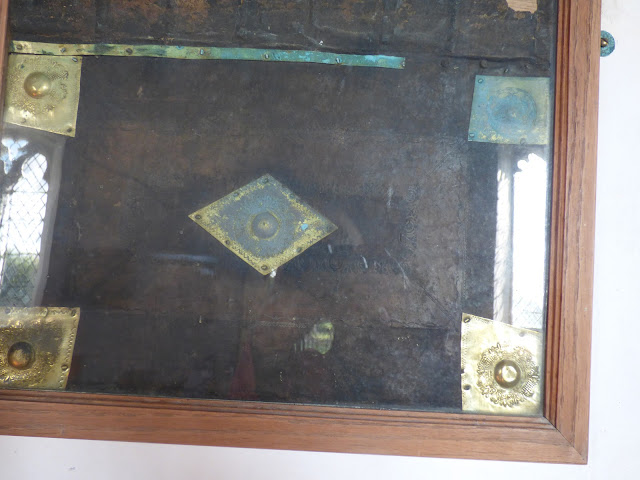 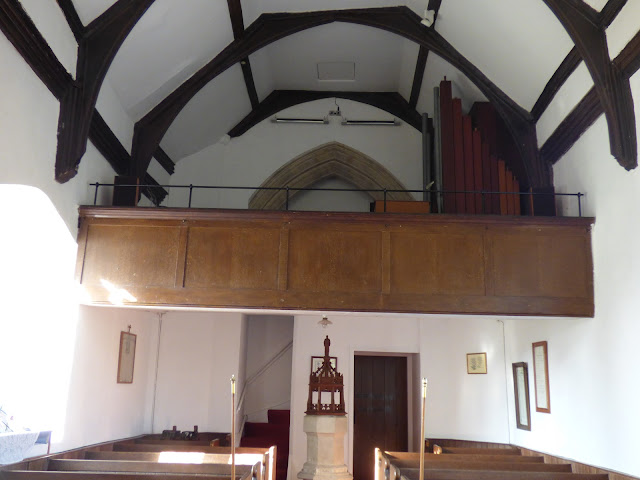 One half of the church has a beautiful painted and stencilled ceiling and walls which have survived since Victorian times. 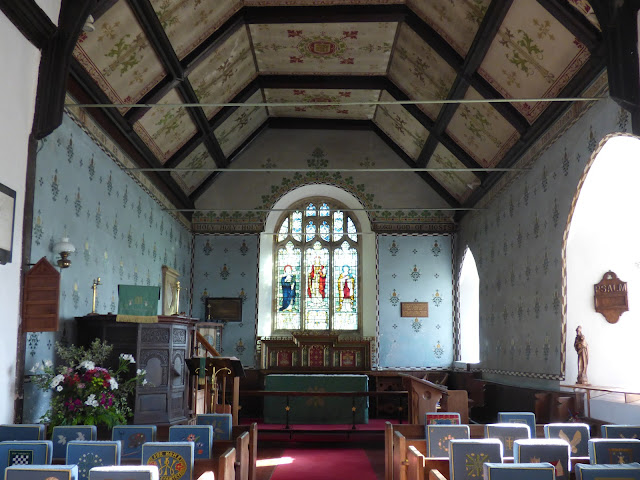 Many of the churches I've been to have had lovely tapestry kneelers, as these were all stood up I remembered to take a closer picture. 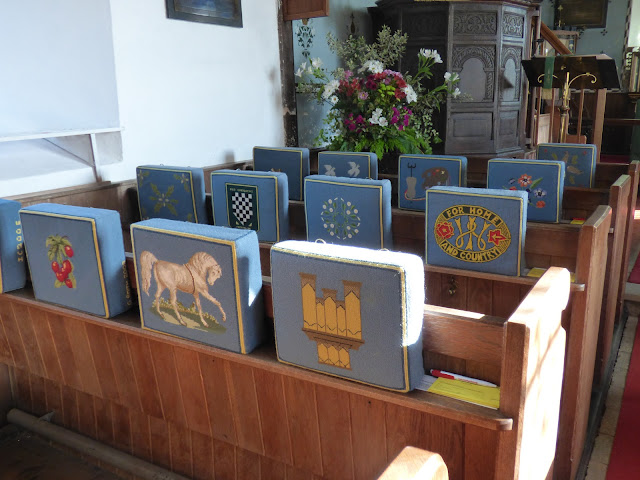 Some good stained glass over the altar, 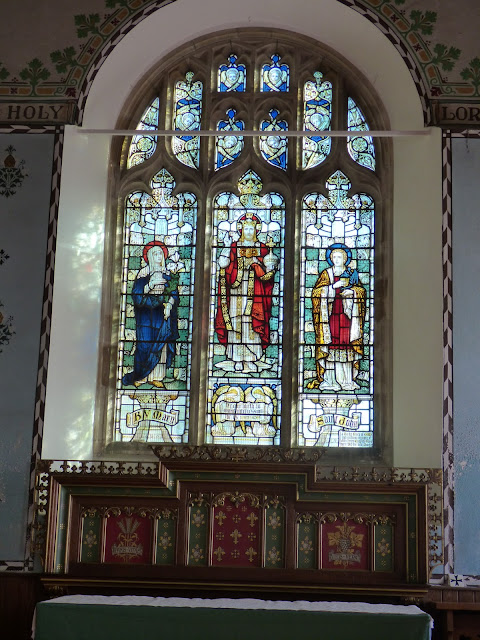 This window has a much more recent coat of arms for one of the Vernon-Wentworth family who once owned all the land around Friston and hundreds of acres right down to the coast at Aldeburgh, When we had the deeds for the smallholding we found they had once owned the land way back in the early 1900's before it was sold off  to a small farmer and then sold again in 1955 - when the bungalow was built. 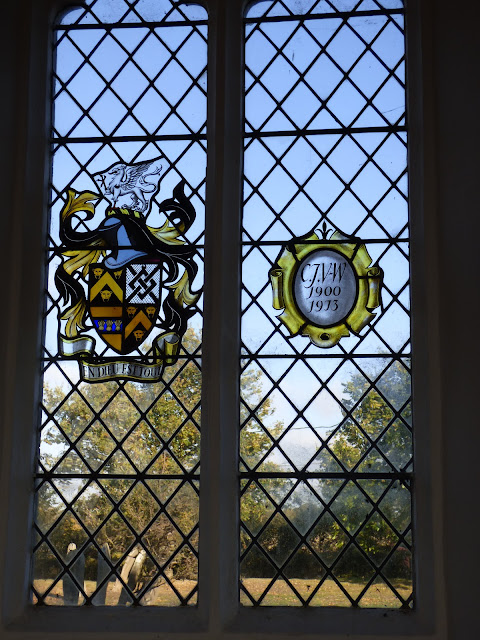 An 1811 notice about the bequeathing of  money for the poor, there's more about this on the Suffolk Churches Website 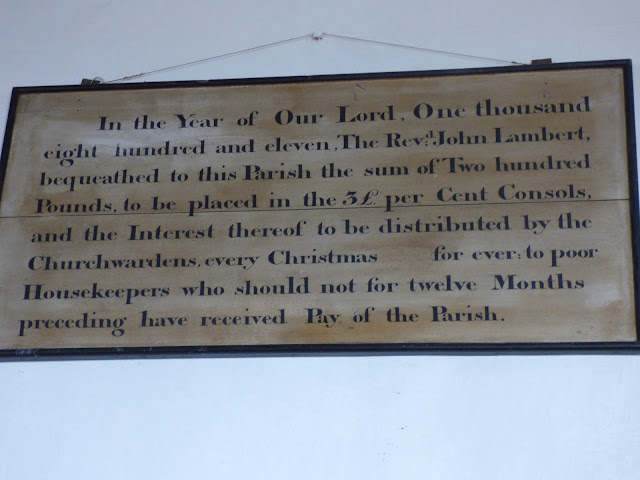 
The base of the C19 font is probably the original font bowl turned upside down, something that seems to have happened in many churches. 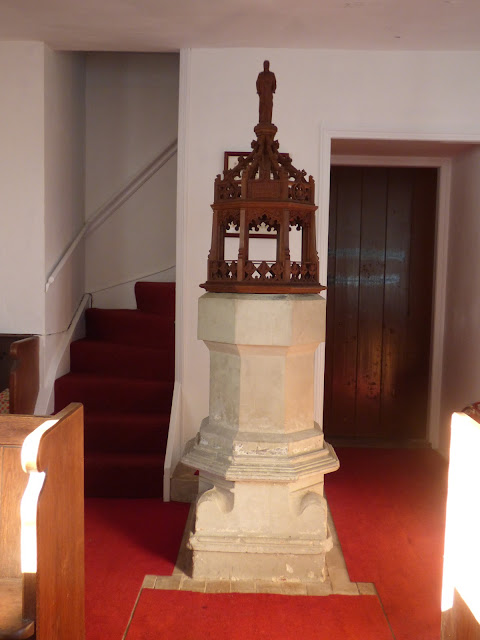 I'm glad I took part in lots of quizzes in the adjacent village hall which were held every year to raise funds for looking after this little gem of a church.