November  is the month when all WI's have their AGM's.
Big WI first........................Because Suffolk East Federation of WIs are celebrating their 100th year in 2019 they have requested all WI's have a group photograph taken to be kept for posterity. So we all turned up half an hour early  and eventually worked out how to fit 30+ people into the photo. The son of one of the ladies had come along to do the honours he took several photos and then later sent the best  photo to his mum's phone so we could look at ourselves -with trepidation!

After the AGM, which went quickly as we just voted everyone back in again, we had 3 games of Bingo. This took a lot of explaining to the older and (dare I say it )"posher" ladies who had never played it. It was all quite hilarious as they had borrowed a globe ball thingy, like this below which was supposed to let a ball out every time it was turned ..................but it didn't, so it was 3 slow games! The balls were tiny and kept escaping onto the floor with the lady who was doing it squinting to see the numbers on them. 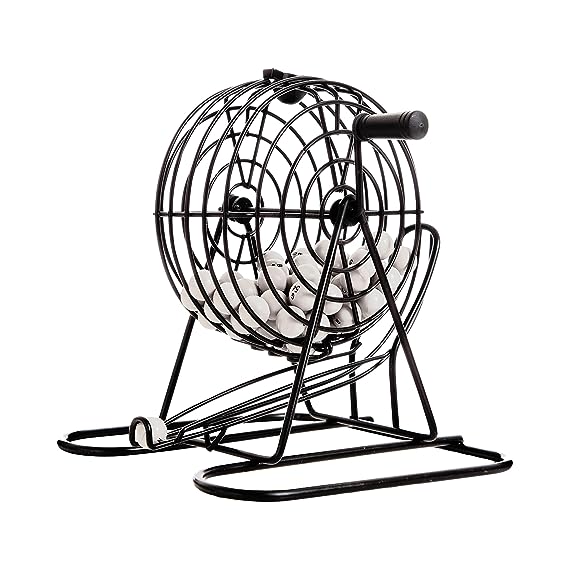 Probably the funniest night I've had at WI - and probably not the usual thing to say about an AGM!

I was pleased to get a line and won a chocolate orange, which has been put away for Christmas.

Last month at Small WI they tried taking the photo by using a selfie stick with everyone standing in a row behind each other with heads out the side (?) but it didn't work with 10 people so it definitely wouldn't work with 12. Thankfully the brother of one of the members came and snapped us.

Then we had the AGM and a new president was needed as Col's sister had done 4 years and wanted to stand down. Luckily vice president was willing to take over. A Royal Family quiz had been organized and then it was coffee and cake time.

The list of speakers and meetings for Small WI in 2019 looks interesting, I shall find out what's planned for Big WI next month.


Posted by Sue in Suffolk at 06:00
Email ThisBlogThis!Share to TwitterShare to FacebookShare to Pinterest
Labels: WI