The relics of a German airship are not something you would expect to find in a church but they are what gets this church into the 100 treasures book. 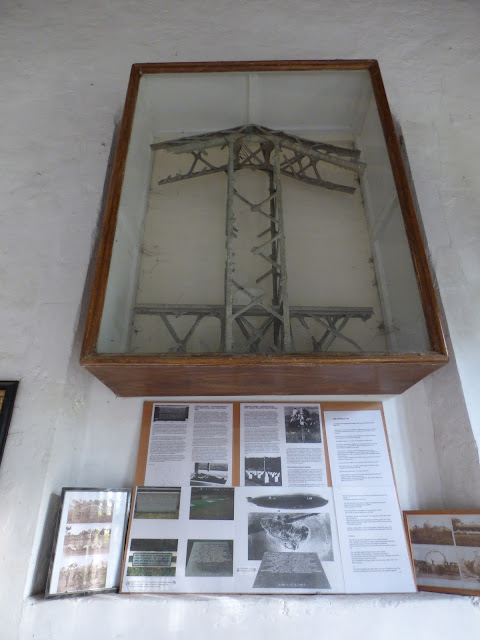 In June 1917 during the Great War, a German Zepplin L48, an airship armed with bombs, was shot down by a British aircraft above the fields in Theberton. The 16 Germans who died in the crash were buried in the churchyard here, but later moved to the German Military Cemetary at Cannock Chase in Staffordshire.
Parts of the Zepplin are what you can see preserved in the church porch.

Theberton is a thatched church, one of a few we have in Suffolk, the first I've visited. 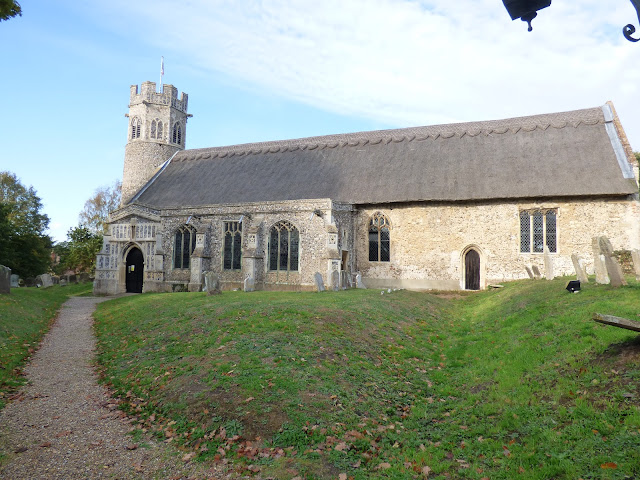 Although the sun was shining, the church was a bit gloomy. It doesn't have as many windows as some churches. 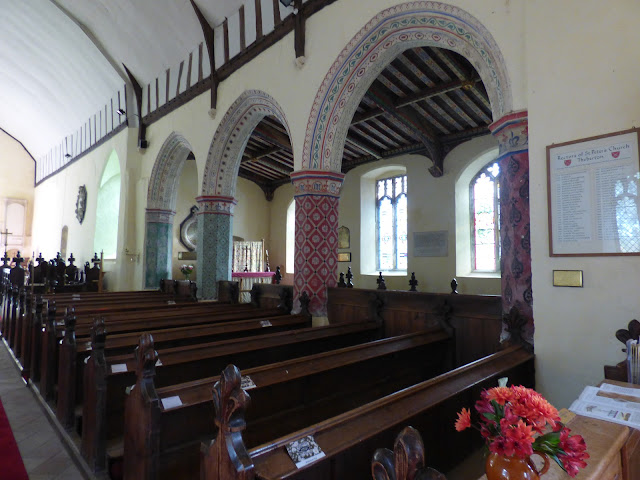 However, the sun was shining on the altar 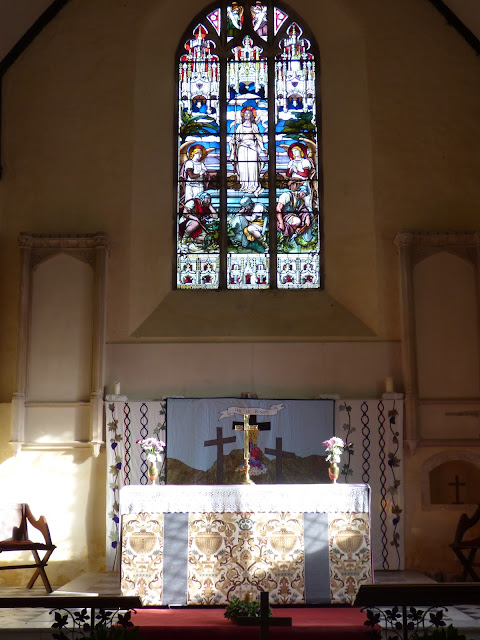 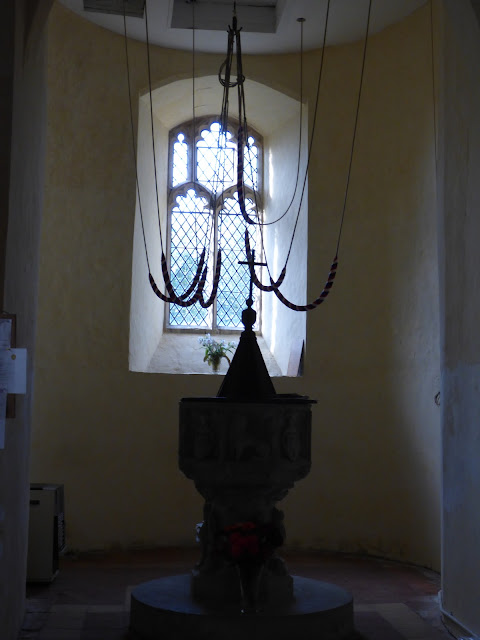 and the tower is rather special as it's a round Norman , we don't have many round towered churches in Suffolk, but the bell stage at the top is octagonal. 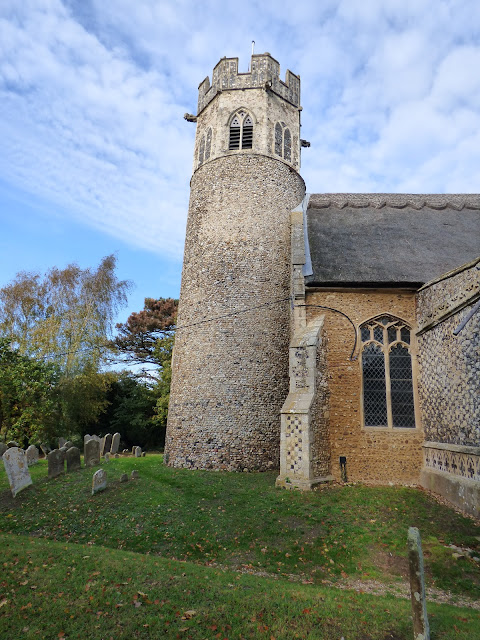 The stained glass memorial window below is for Lieut. Col. Doughty-Wylie VC who was killed at Gallipolli. He is portrayed as St George with dragon 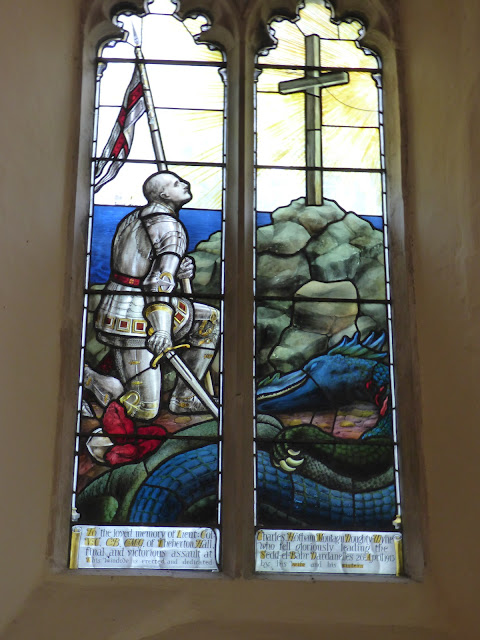 Some good gargoyles along the side chapel wall! There are 3 of these strange creatures 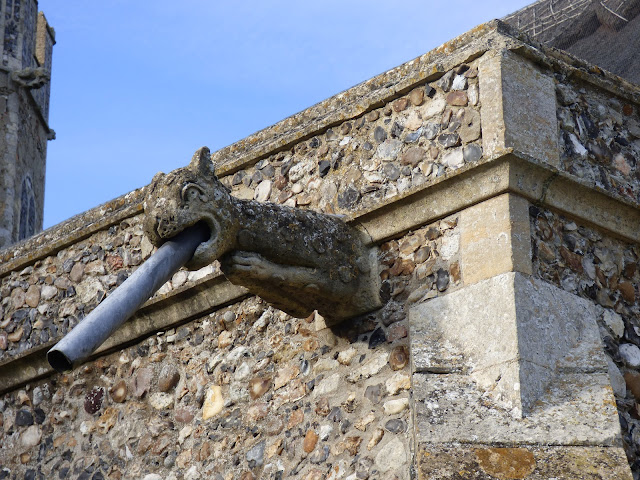 Lots More about this church on the Suffolk Churches Website