This one is in a tiny village called Burgate, among fields with just a few houses. On the Suffolk Churches website HERE Simon Knott says there isn't another church like it in the county. 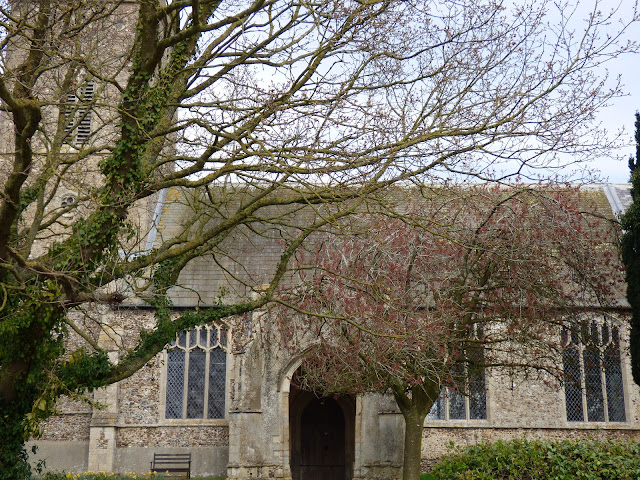 The reason this church gets a mention in the 100 treasures book is because of this big WWI memorial. 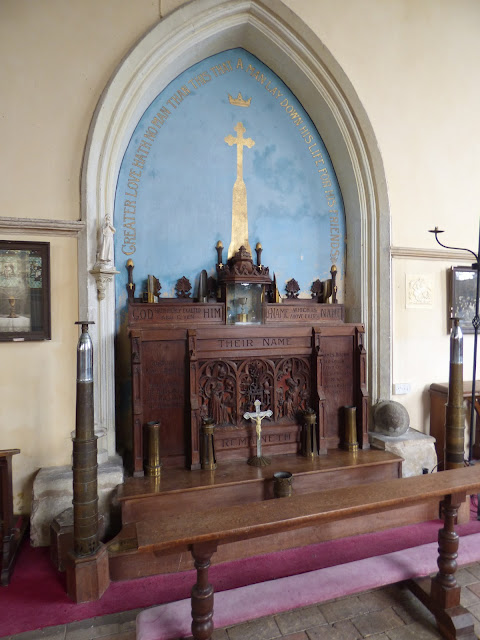 Benjamin Appleyard was the rector from 1919 until 1940, and had been an army chaplain in the Great War. He organised this memorial to be set up in a blocked arch in the chancel and used vessels and ornaments that had been made from shell cases  in 1917 by wounded soldiers in the Godwaersvelde hospital near Ypres. The woodwork was made by a local carpenter.

These small steps go up inside the wall and I meant to look outside to see if I could see where they went, but forgot. 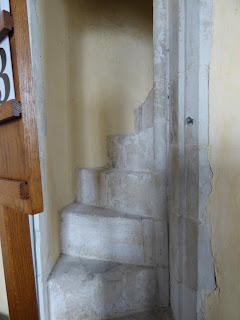 Although the church is small it has all sorts of interesting things, like this cross, most were added during the time of the Rev. Appleyard. 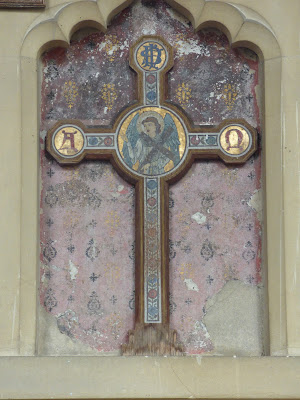 But this is very unusual. Taking this photo after just stepping inside the door, there is a partition dividing the nave from the back of the church making a baptistery,with the font. 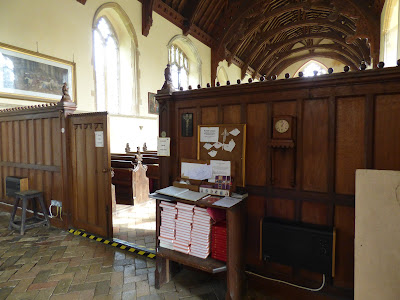 The light was catching all the different colours in the old brick floor, although the photo doesn't show it well. 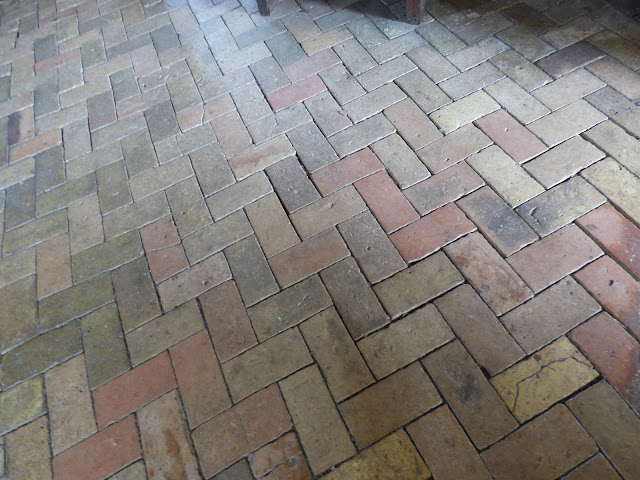 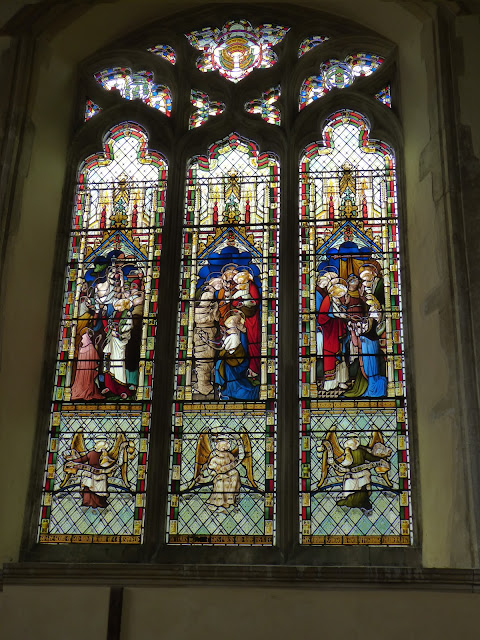 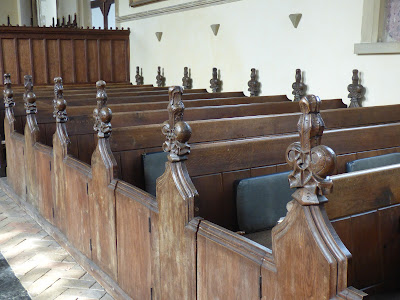 A small room to the side of the organ has been made into a little chapel dedicated to St Edmund where the photos of so many past rectors keep watch over the people in a communion service. When I got home and looked at the Suffolk Churches website I found I'd missed several other interesting items. Better go back sometime for a second look.