April weather, rain and sunshine both together

There are many weather sayings for April probably because it was peak time for farming and gardening but can have such varied weather, so country people would be looking for any clues as to what sort of weather was likely.
Many of the rhymes are hoping for a wet or cold April

April has thirty days and if it rains on thirty-one, no harm would be done

A dry April is not the farmers will,
April wet is what he would rather get.

There are often a few warm days at the end of March or beginning of April which brings the Blackthorn into flower then the weather will often turn colder which is called The Blackthorn Winter. According to forecasts that looks very likely for this year. We had Friday and Saturday with temperatures up to 17℃ and this week coming will be much colder with frosts at night.

Here's the April page from An Illustrated Country Year by Celia Lewis. 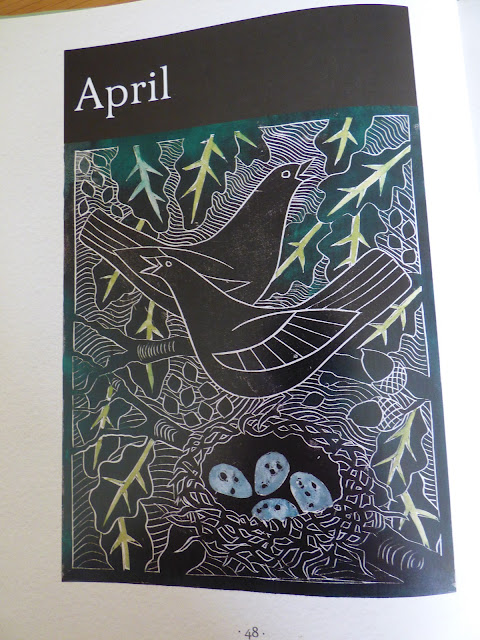 How the custom  of April Fools Day began is uncertain. It might have been the last day of New Year Festivities when the New Year began on 25th March

The first of April, some do say,
Is set apart for All Fools' Day
But why people call it so,
Nor I nor they themselves do know

In the book The English Year it says the first known reference is from a manuscript from around 1686 which states"Fooles Holy Day - we observe it on ye first of April" but there are no references to it in plays and poems from the 16th or 17th centuries or in diaries or letters of the time. But through the 18th century it must have been well known as it is well recorded.


Posted by Sue in Suffolk at 06:00
Email ThisBlogThis!Share to TwitterShare to FacebookShare to Pinterest
Labels: Folklore