Before the church tour I must say hello to more followers who have clicked the Follower button...........creeping to 500 ....wow!

Also thank you for comments yesterday

Walsham le Willows is another church dedicated to St Mary. Its a big village with a big church to match. It even has a clock which is quite unusual for a village church. The church was gifted to Ixworth Priory and rebuilt - probably around 1541 and then again, as with so many churches, it was  modernised by the Victorians.

The pinnacles on the top of the tower were hauled up there in around 1475 and depict the armorial beasts of Edward IV. 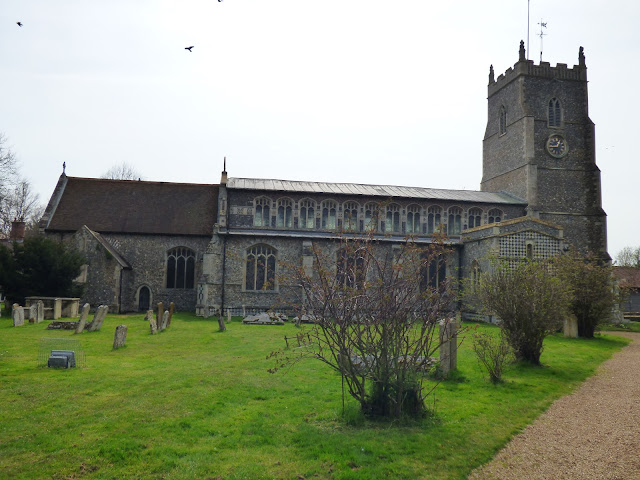 Wide and light because of the big clerestory windows. 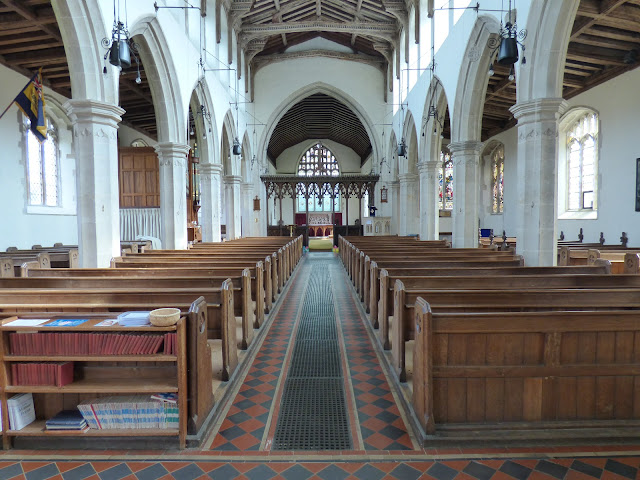 This little wooden medallion is the reason for this church getting a mention in the 100 treasures book.
It records the death of Mary Boyce aged 20 in 1685. The book says.............
It is thought to be part of a maiden's garland, also known as a virgin's crant or crown, from the German word krantz meaning a wreath. The disc is made of elm wood and below the name is a heart pierced by an arrow because it was said that Mary died of a broken heart 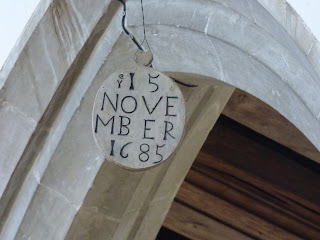 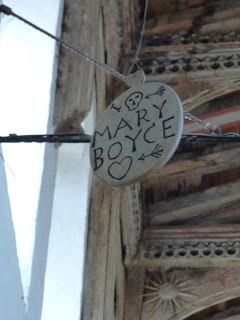 The custom was to hang a garland in the church as a funery memento for a chaste young woman cheated by death of her marriage. In earlier times the disc would have been hung with garlands annually.

In Shakespeares Hamlet it says " yet here she is allow'd her virgin crants, her maiden strewments."

Below is the alter reredos, The Last Super, made by terracotta artist George Tinworth in 1883 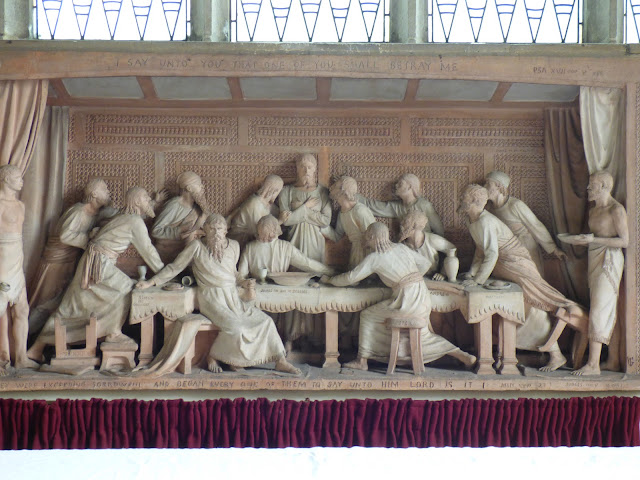 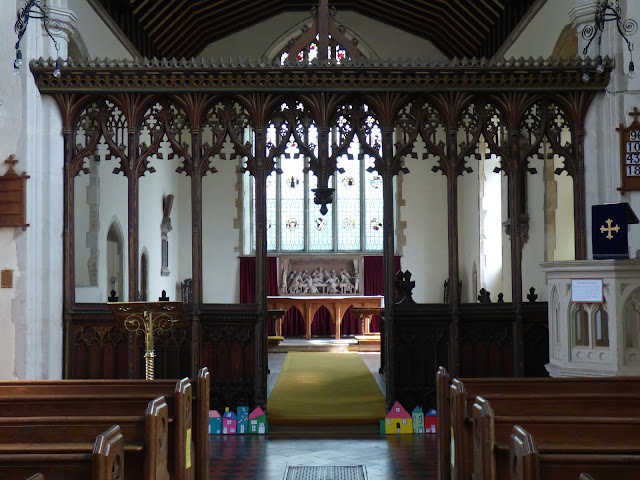 This modern stained glass window is so colourful. It is a memorial window featuring St Dorothy for stained glass artist Rosemary Rutherford who was the sister of the rector. She died in 1972.She designed it but didn't live to see it completed 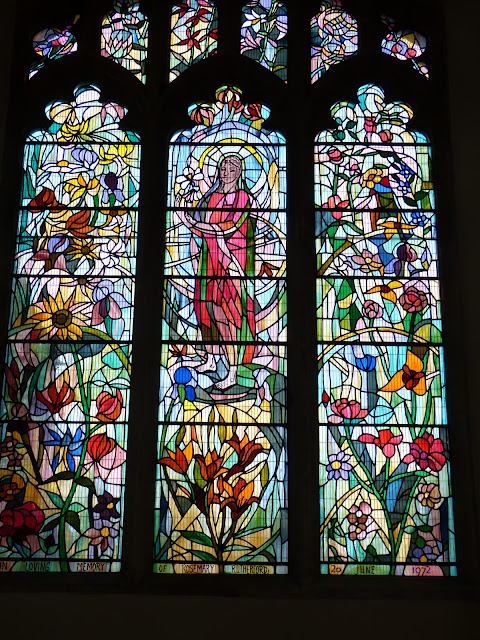 This painting is by the same lady 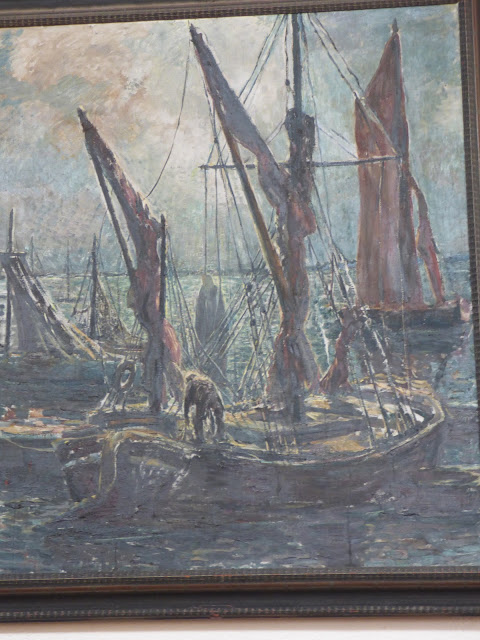 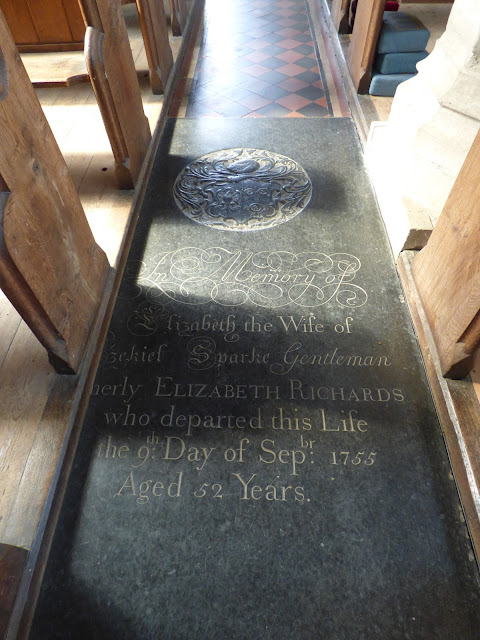 The medieval oak roof with some of the colour remaining 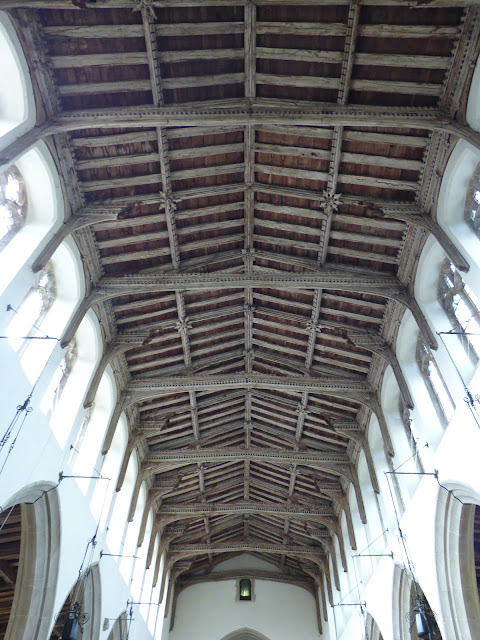 Fragments of the medieval glass were collected and used in the octagonal lozenges in the east window below. 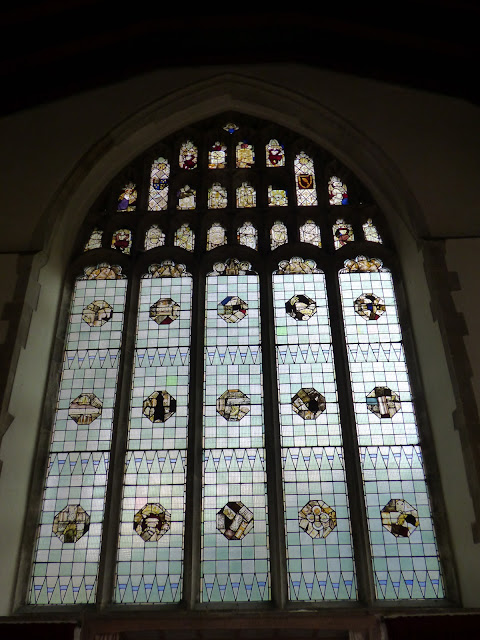 The porch with amazing chequer board flint-work. 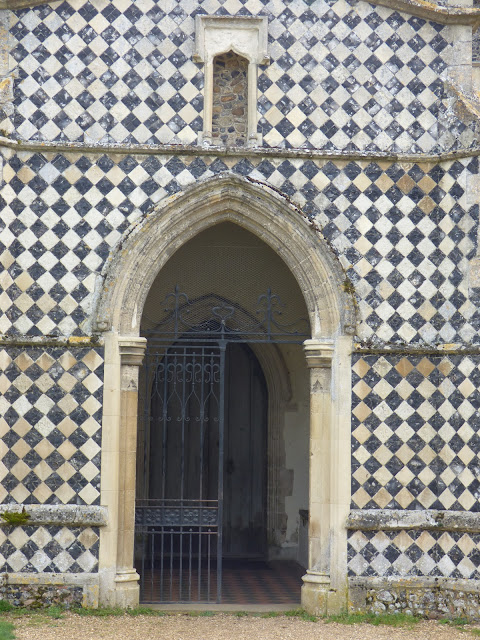 Many more photos and information at The Suffolk Churches Website