Stradbrooke Community Centre was packed full of  teams from East Suffolk W.I's and we all got a bit worried when the lady who had set the questions said they were all based on Shakespeare. BUT it was OK as actually she based them on the 7 ages of man speech. So in the first round all questions had the word Baby in the question, and so on through the evening.

We would have done better IF we had stuck to first thought and put beetles instead of changing to ants and IF I hadn't thought that a lamb shank couldn't be from below the knee and if we had picked Elephant out of a list of creatures for gestation times rather than Blue whale.
I could go on!
But we were lucky with a couple of guesses including the fact that globophobia is a fear of balloons and the useful thing Harry Beck drew in 1931 was the London Underground map.
But who knew baby bats were called pups?.......we guessed kittens

Anyway, after seven rounds and a picture quiz of actors playing parts in Shakespeare (luckily we had to guess the actor rather than the role) we came joint 7th out of 22 teams. 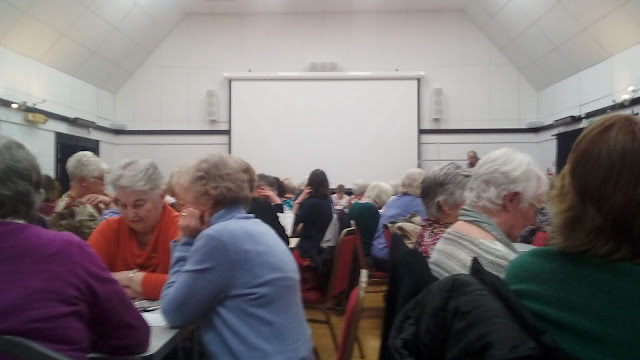 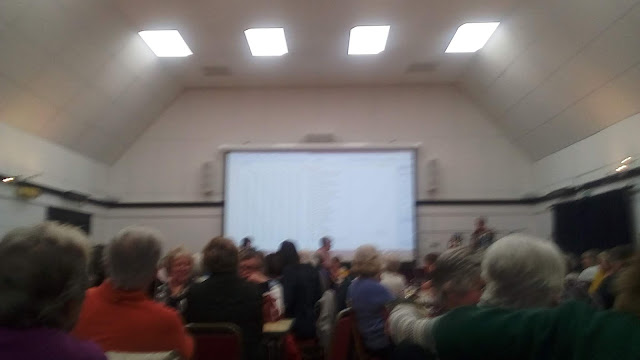 There was a break for coffee, sandwiches and cakes of course. It's W.I. so there HAS to be coffee and cakes!

Many thanks for all the  comments yesterday and to Joan who had looked up another possible origin for April Fools Day.