The weather has been typically up and down but still not a lot of rain here. One day I  left home where it was dry, drove 23 miles across to the coast to visit youngest daughter and Florence and went through downpours and huge puddles. Got home later and it was still bone dry here.

The cat's nibbled the leaves of my cucumber plants! They were in the conservatory and I'd forgotten she's partial to cucumber leaves. They might survive, the middles are still growing.

I decided to call a halt to the charity shop volunteering through the spring and summer, mainly because I like going to car boots and adding the charity shop in meant I was driving somewhere or other almost every day. Combining charity shop with shopping meant shopping only at Asda every week and getting home late and knackered. The Home Start charity shop in Eye is moving into bigger premises soon and will need more help and as it's much nearer than Stowmarket I may well go back to helping there in the autumn and winter...........I'll see.

Bereavement is strange. Things suddenly hit me with a vengeance this week. I'd been getting by so well  and then suddenly wham and  I hate crying as it leaves me feeling even worse.
But if ever there was something to cheer me up and make me cry at the same time this is it. My Mothering Sunday Present from Youngest Daughter......... It says 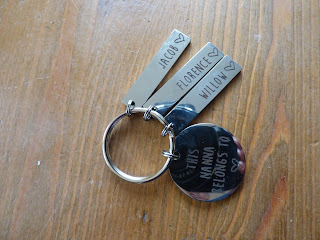 "THIS NANNA BELONGS TO" and JACOB, FLORENCE and WILLOW. I love it and my keys are now attached. And from Son and DiL 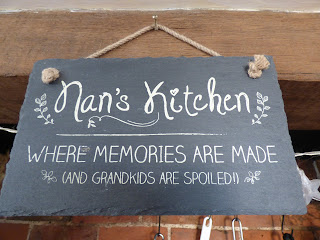 The farmer who owns the field on the other side of the lane from our houses has now claimed that the neighbours have put the soil from their footings onto HIS land. Not sure how he can own land on this side of the ditch. The farmer is a miserable bloke, the same one who wouldn't sell land behind neighbours houses. He also moaned that neighbours had cut down HIS hedge behind their house but they know the lady who lived there previously  planted the hedge. Neighbourly disputes are annoying, and disputes with farmers who own big acreages are best avoided. The trouble is that none of us who live in and use the lane actually own it, no one owns it,  we just have historic use of it, and as for the ditch - who knows (and usually it doesn't matter!). While talking to M next door I did say I was sad to see the big Elder go so they know now. To make up for the loss of the tree I found The Woodland Trust do Elder saplings so have bought 4 and will plant them on MY land!

This is what's happened to all the wild stuff growing on the bank  in the lane, the elder cut down, and everything covered up and leveled. There were primroses and daffodils here as well as meadowsweet, now all gone. 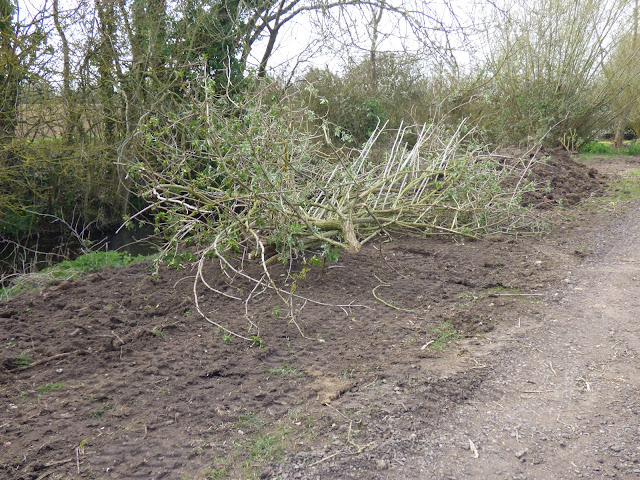 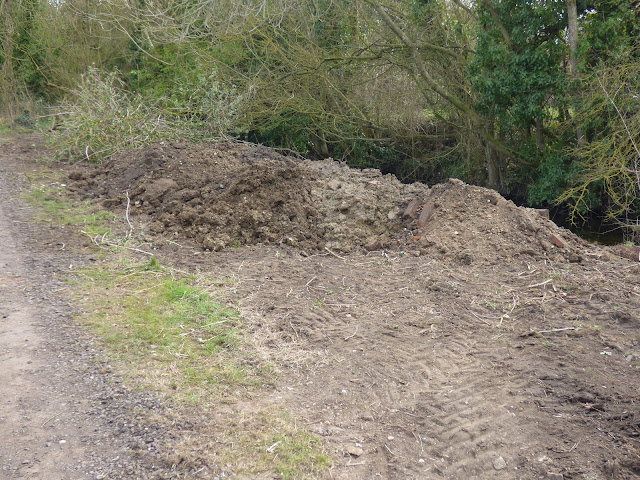 I don't understand this obsession with tidying everything. Oh well, at least I can keep the wild areas on my meadow.
The rest of the old pump was found too. 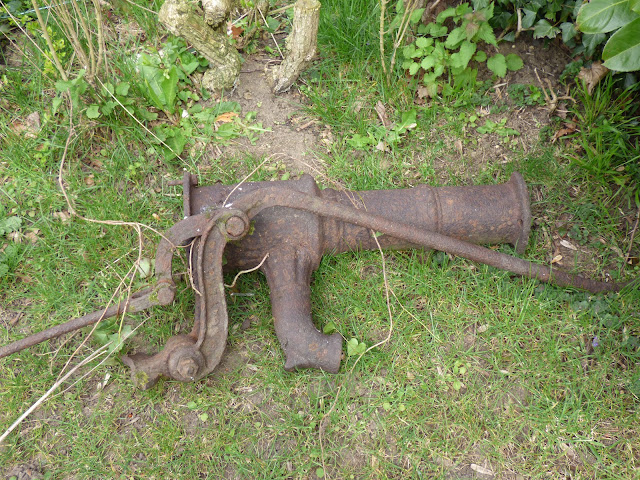 Signs have appeared for this years Suffolk Agricultural Show at the end of May. I had a lovely day there LAST YEAR so will be ordering my "early bird " ticket very soon.

And finally I got the tomato, pepper and aubergine plants potted on. Moved them out into the greenhouse so now I need to remember to go out and cover them with fleece on chilly nights.

Have a wonderful weekend wherever you are. The weather forecast isn't too bad for here so hope it's the same for you.

Posted by Sue in Suffolk at 06:00
Email ThisBlogThis!Share to TwitterShare to FacebookShare to Pinterest
Labels: Being Grateful, The lane