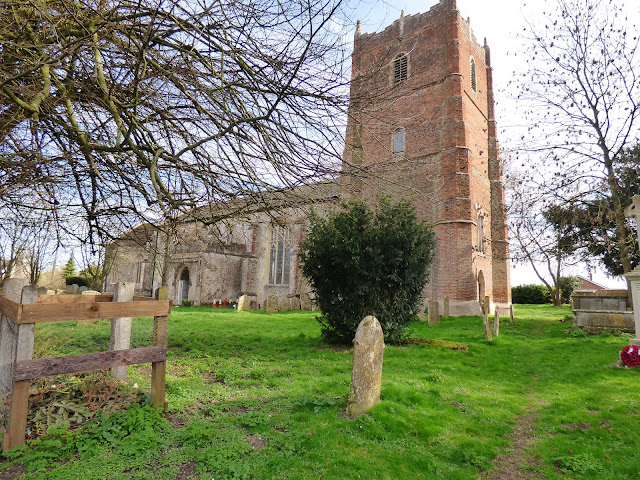 Gislingham St Mary  has a brick tower which was built to replace one that fell down in 1598.

According to the 100 treasures book the reason this church gets included is because of it's very old glass "some of the earliest illustrations of English wild flowers" is what the book says. I tried to get a better photo than the one below but the light wasn't good.There are all sorts of fragments of older glass used to make up this window. Much better photos HERE 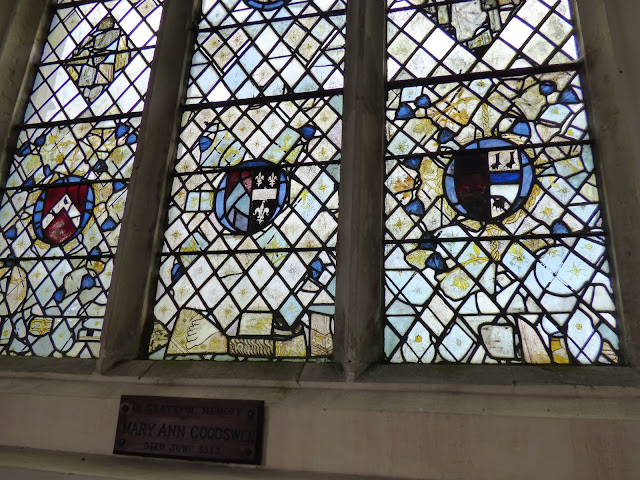 The three-decker pulpit is surrounded by box pews, which still have numbers on their doors - not sure why they needed numbers. 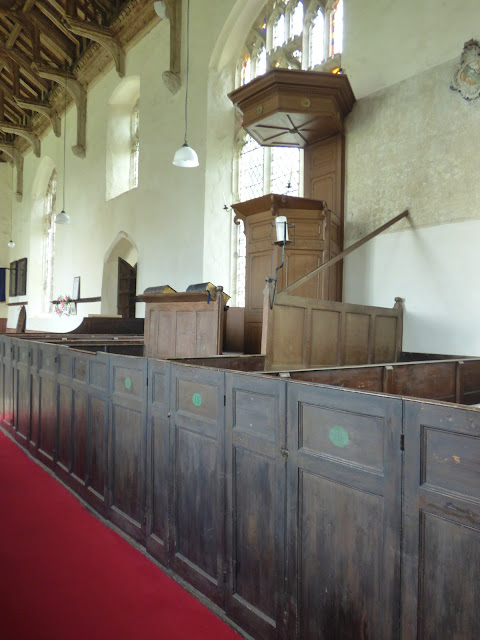 Behind the altar is this painted design 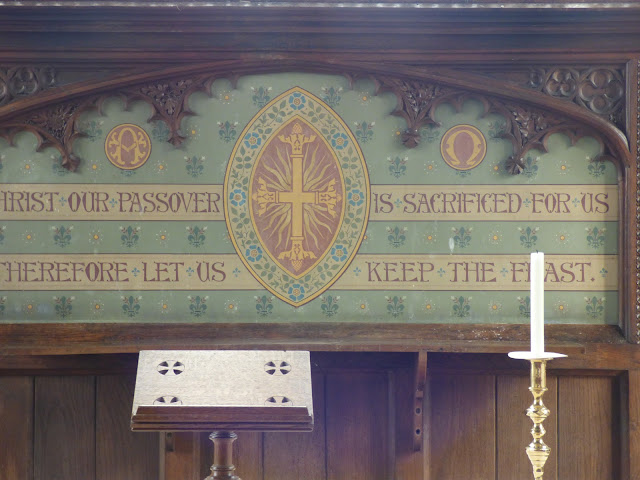 and up above to each side are the 10 commandments. 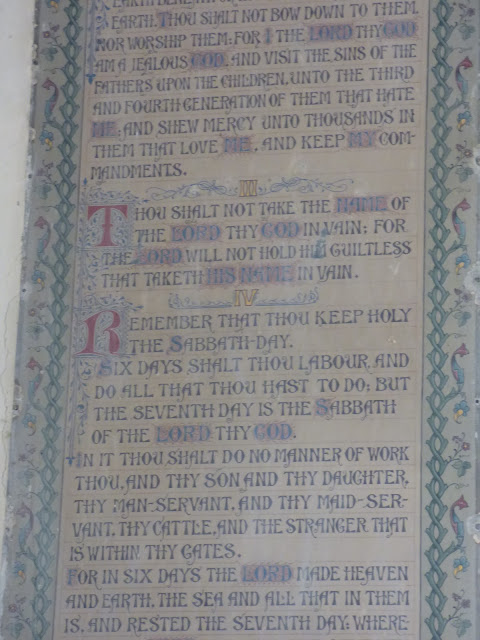 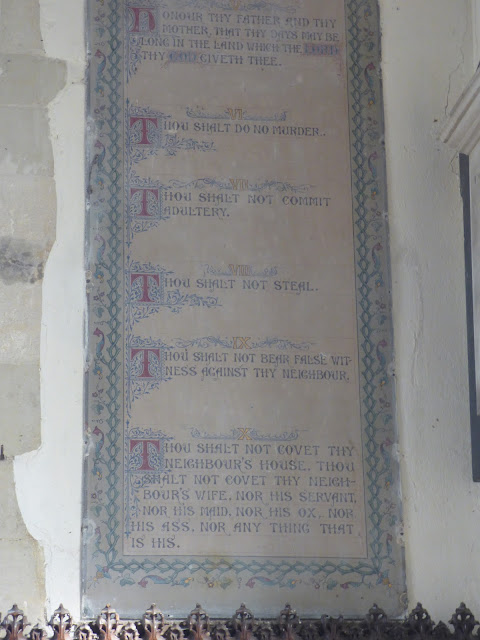 The remains of the medieval rood screen are displayed 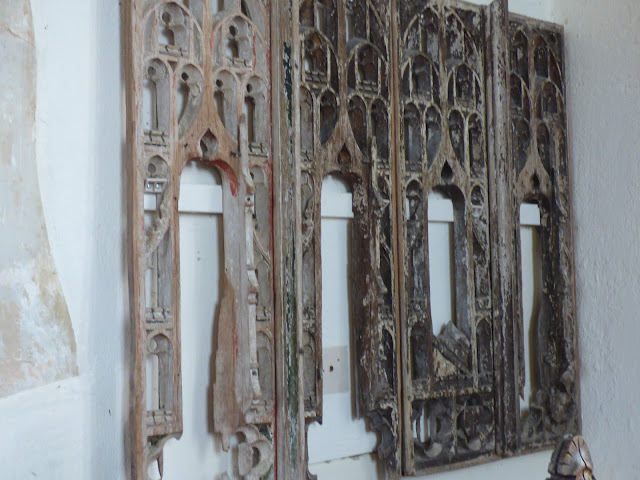 The kneeling figure clutching his white gloves is a London merchant who was a Lord of the Manor called Anthony Bedingfield who died in 1652.  Did he take his name from the village of Bedingfield which is about 10 miles from Gislingham or did the village take it's name from him? 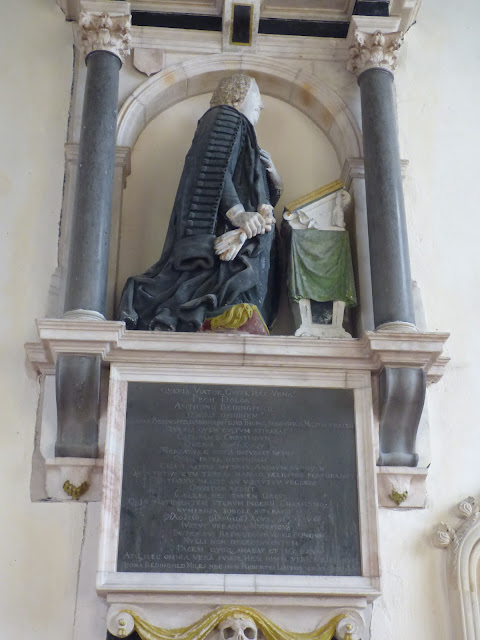 The font dates from the C15 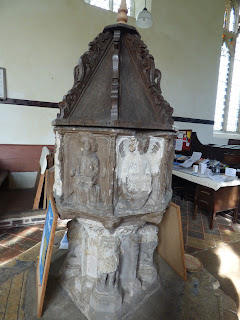 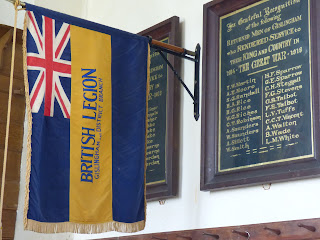 The coat of alms is for George 3rd 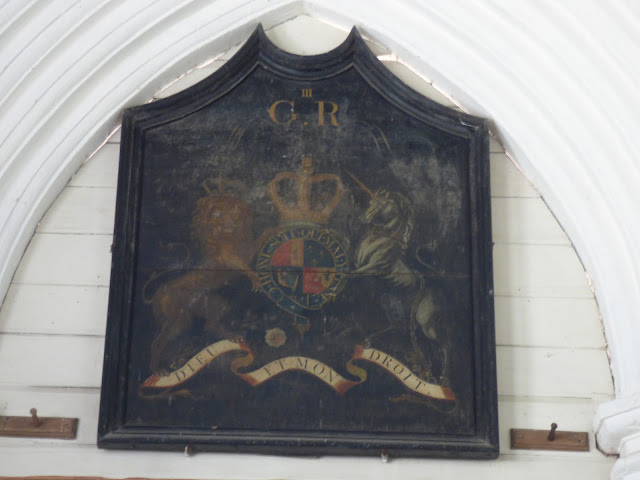 As it was Lent there were no flowers in church, but I spotted where the flower arrangers keep all their vases.........in a pew at the back of the church, along with a tray of things found during restoration of the church. Renovations are ongoing and if I remember correctly this church was in such a bad state of repair 30 years ago that they did think about declaring it  unusable. 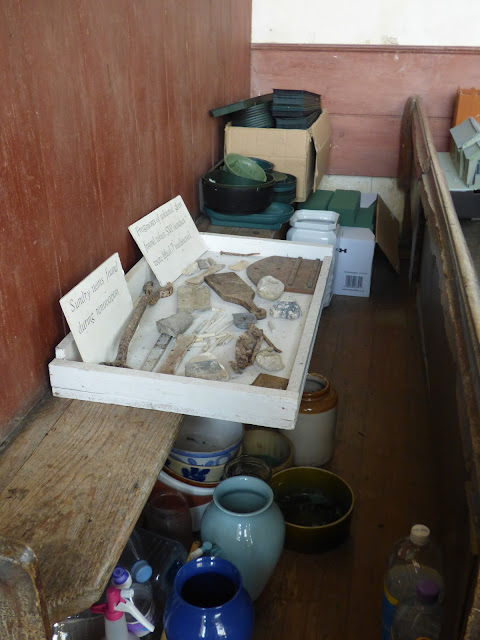