On my walks up and down the meadow (in the few dry minutes this week)I've been looking out for the arrival of the Pyramid Orchids and at last spotted one, hope more appear later 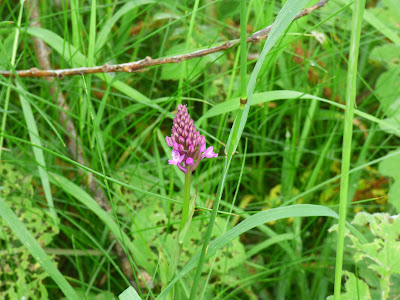 But there are two Bee Orchids near the cutting garden this year when last year there was only 1. 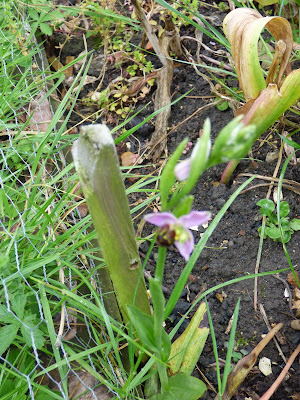 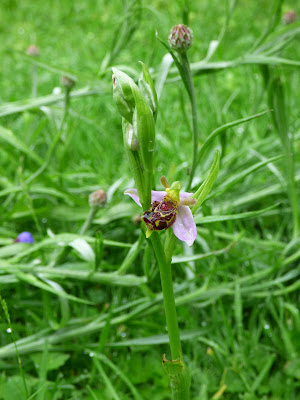 And I grabbed the camera when I saw this outside, it just wouldn't turn round for a proper photo.
Not un-common but not often seen, I think it's a female Bullfinch. (Someone will tell me if I'm wrong!) 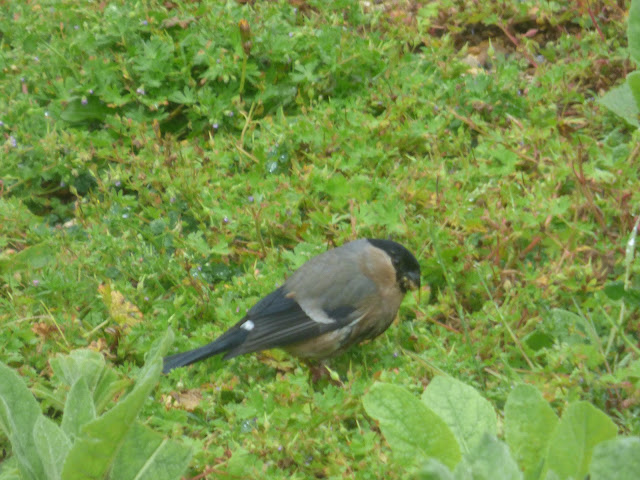 Thank you for all the comments on meat and plastics and thank you to people who have left comments on old posts. I read comments by looking at them at the bottom of the post rather than on the Comments page on the dashboard so don't always look back, but discovered some new comments left on my very first post here which was over two years ago!