A few weeks back I was looking at Teresa's blog from the USA with her photo of a beautiful Myrtle wood trug and some of her friendly comment-ers said they had never heard of the word Trug.
This sent me on a mission to find out why this word isn't know by everyone as it's still used in this country...................

Then I remembered something I'd written on the old blog and after a bit of searching I found it.............

There is another item here which is used for carrying things, my lovely trug, handmade by Col several years ago. 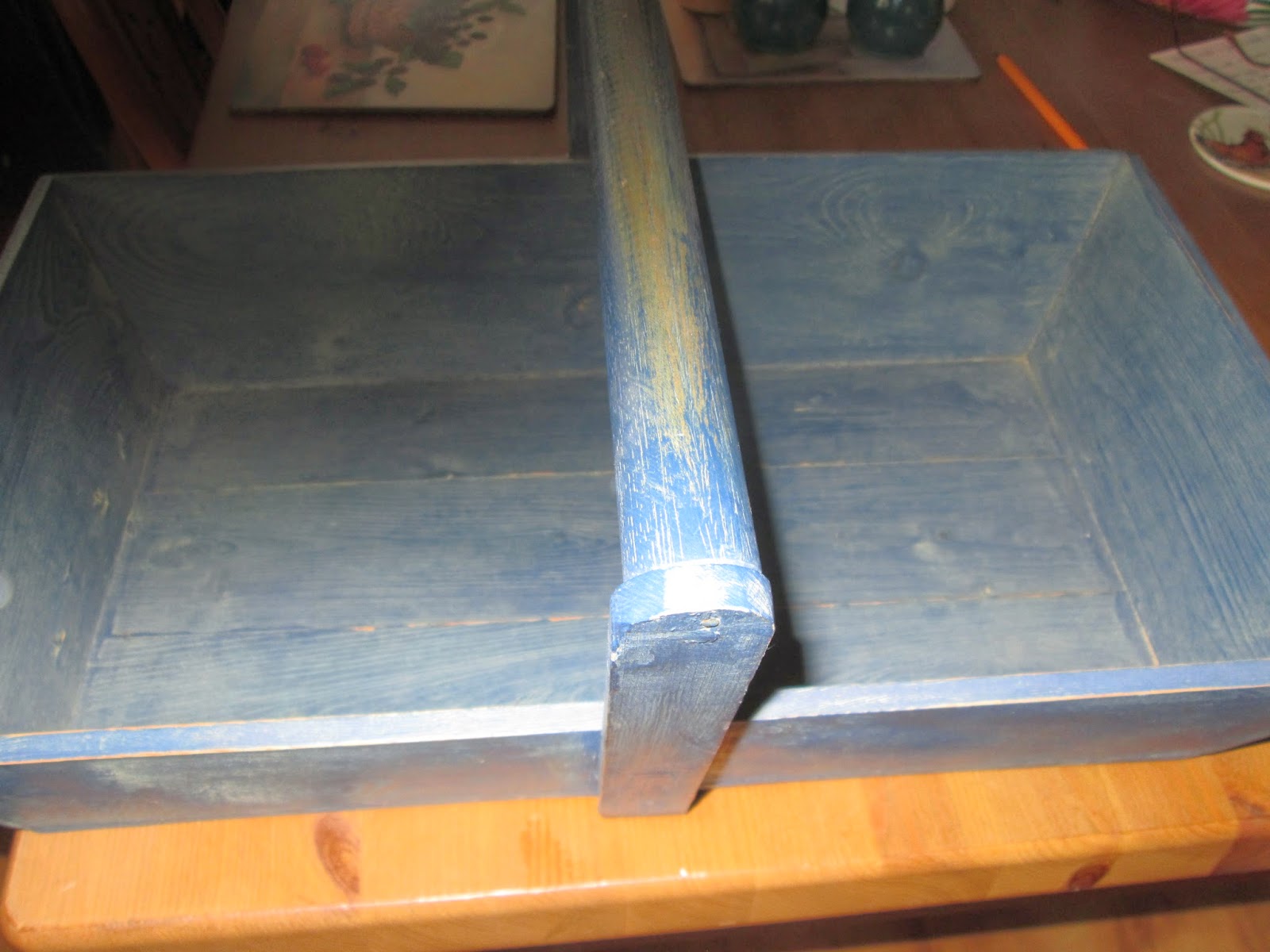 I had found the measurements and instructions in a craft book and persuaded him to make a few to sell on our stand at a Suffolk Smallholders Annual Show in about 2007. He doesn't mind making things but these were much more complicated than his usual bodged gates etc and he got crosser and crosser with each one. I painted them, distressed and waxed all 6 and thought they looked really good. But when we came to work out the cost for selling we had to price them at £15 each and we didn't sell a single one. Col was NOT pleased. We gave some away as Christmas presents and I kept two here which I still have and I still love them even if no one else did! 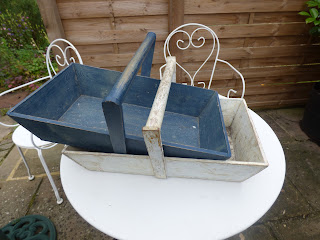 because a few months ago, down in Surrey, someone set fire to Eldest Daughters shed (and despite neighbours having CCTV footage of a man carrying a cigarette lighter and a bottle of whisky trying to get into the neighbours house and despite people seeing the same man sitting very drunk in the road outside, the police wouldn't question him! even though everyone knew who he was) one of the things lost by the fire was her trug that her Dad made. The fire service said it was definitely arson and the insurance paid out but she wouldn't have been able to replace the trug  if I hadn't kept two and can pass one to her...........as soon as they get the shed rebuilt.(Thankfully Jacob slept through the whole thing, fire engines and noise).

If you want to read the whole post, titled Baskets, Buckets and Trugs, from March 2015, it's HERE
(I still have all the baskets in the photos).(and part of that post comes from something written even earlier for the Suffolk Smallholders Society)

Posted by Sue in Suffolk at 06:00
Email ThisBlogThis!Share to TwitterShare to FacebookShare to Pinterest
Labels: Memories