More from last Wednesday at the Suffolk Show

Out of the chilly wind and into the Flower Show Marquee, it seemed very empty. Not quite Chelsea! 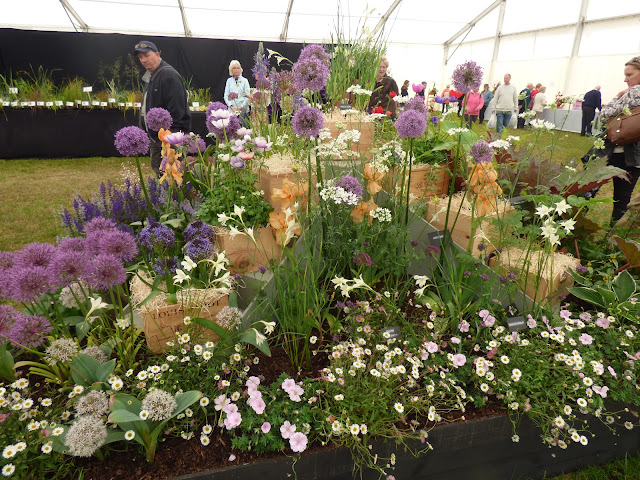 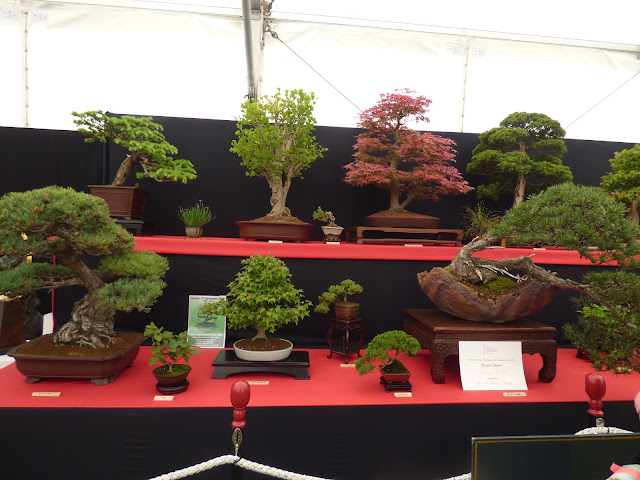 Below is something rather better than my Shabby -chic ladder !
One of the flower arrangements in the competition 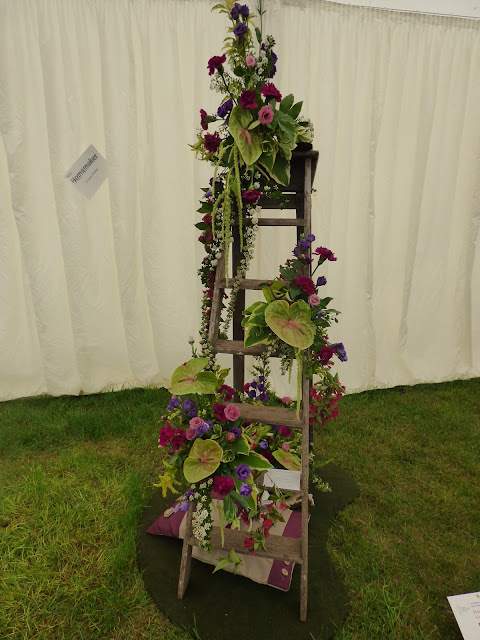 The biggest leaves on a Hosta that I've ever seen 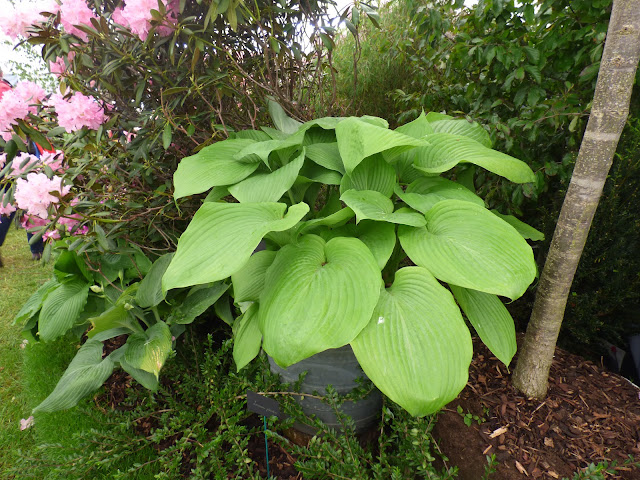 There were a few flower arrangements in the WI marquee too but very few groups had entered the competitions this year. Because of it being the 100th year of the Suffolk East Federation there will be another big craft show and competition in September so there were only a couple of classes to enter at the Suffolk Show and neither of the WI's I belong to had entered anything.

Flowers for a party..... an  arrangement in a tea-cup . Won by Framlingham WI 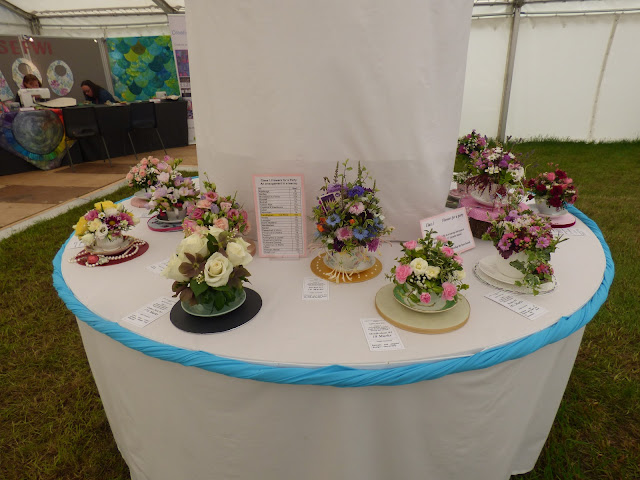 Next door to the WI marquee was the Bee and Honey Tent. Below are the entries for one of the The Honey competitions. Suffolk has lots of bee-keepers - thank goodness 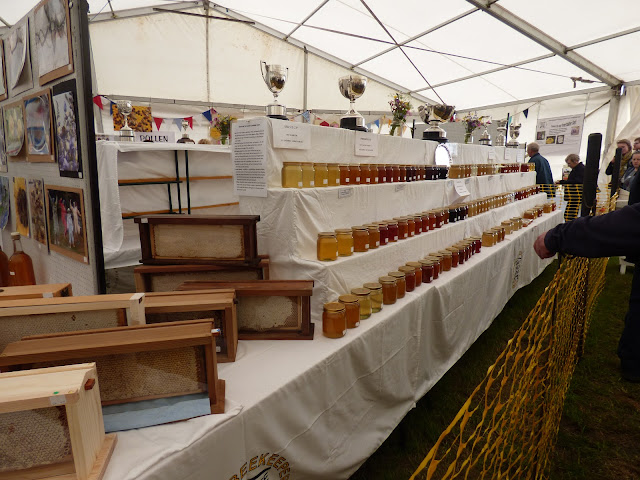 I'm afraid I didn't bother to go and look at the horses, cows, sheep and pigs - but I had to pop into the Goat tent to see my favourites - Toggenburgs.

My best thing from all our years of smallholding was the opportunity to keep, milk and care for goats.We had several over the years, but 'togs' were always my favourites 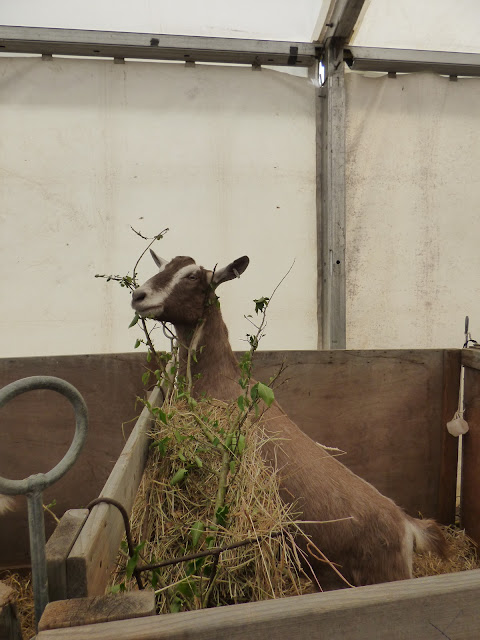 On the way into the showground early in the morning I bought an East Anglian Daily Times Goody Bag for £1. It had the newspaper, a packet of crisps, carton of water, packet of sweets and a voucher for a free coffee on their stand. Had to pay for the cake! 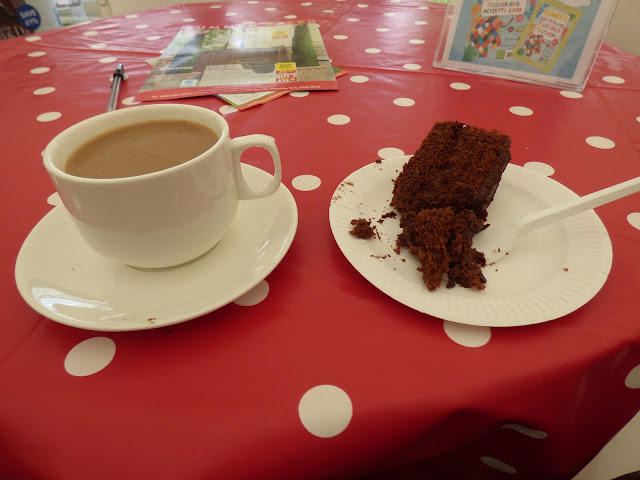 Back to the Grandstand to watch more showjumping and then these lovely carriage turnouts. From the days when the only way to travel around the country was in a carriage they were the National Express of the day. Along the main routes between cities these would stop at pubs to change horses and pick up passengers. That's why so many pubs in England are called " The Coach and Horses". These had travelled from various parts of the country to be here (in Horseboxes - not on foot!) and the very knowledgeable lady on the loudspeaker explained how carriages like this are now made in Poland to export all around the world. Nowadays mainly used for weddings and displays like this. A real treat to see.

Two photos but there about 10 carriages present 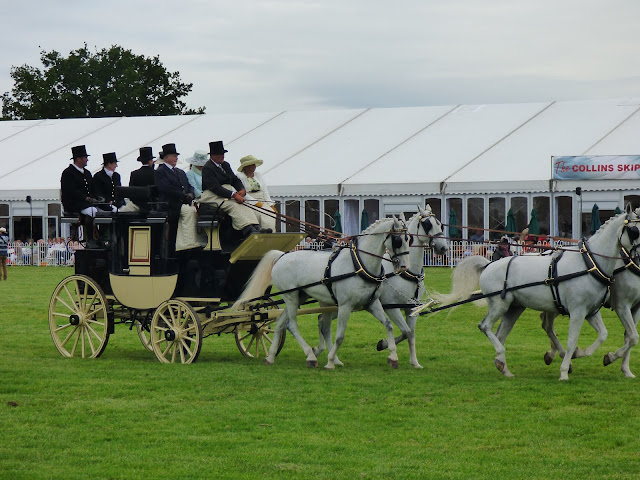 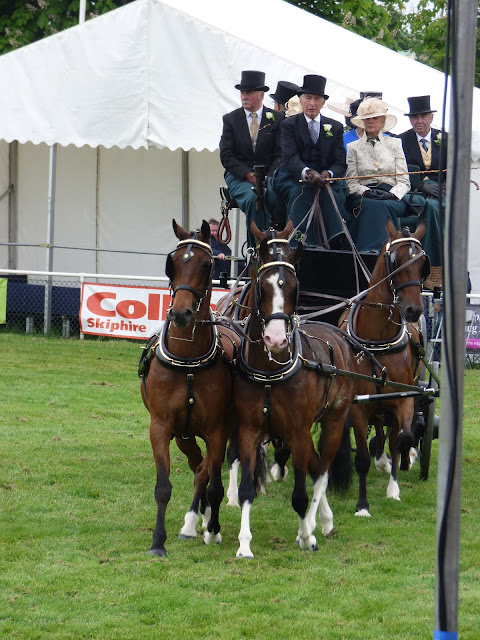 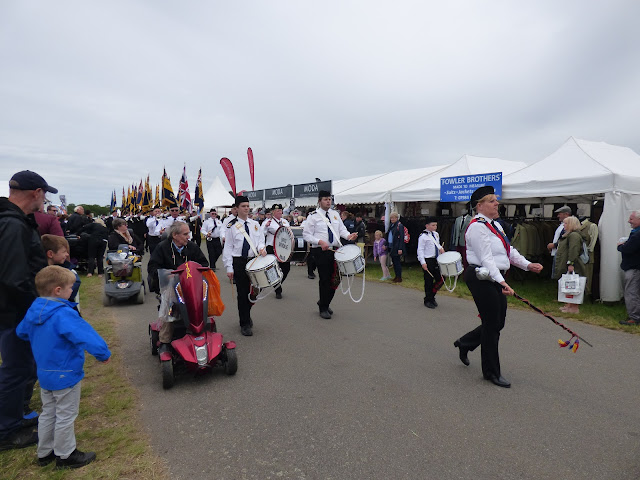 And then home again with...............  a free bag and crayons from Suffolk Libraries Stand. A Free Rowan Tree from The Woodland Trust stand (Had  a Hornbeam Last year). And the only thing I bought (apart from coffee and cake)  a greetings card of the print of the Oystercatchers on the Deben from the Art Exhibition 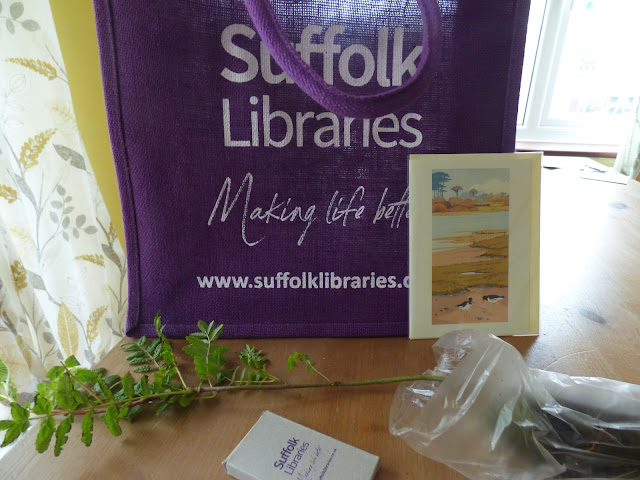 Amongst 45,000 people I saw 4 people I knew, including the widow of someone who worked with Colin in the Bridge Office. He also passed away too young just after retiring. She came and sat with me in the Grandstand and we had a catch up. Which is why there are no photos of show jumping!


Looking forward to next year already, pondering about becoming a Member to get a VP pass to go both days and use the posh loos!  Although when it comes to spending out a big chunk of money I know I won't...........I'll continue queueing with the masses!