It's months since I visited a Suffolk Church from the 100 Treasures book.

The village takes it's name from the church............. Rushmere St Andrew, which is now almost part of Ipswich and at first glance the church looks like many other Suffolk churches. 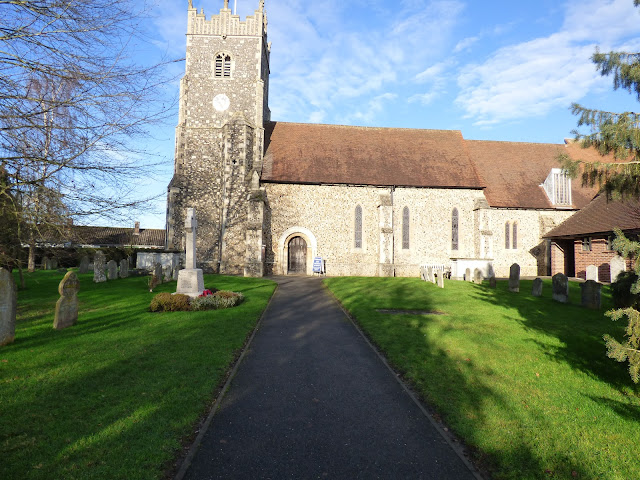 But as you walk up the path and look to the right you see a whole new extension, a Church Hall to use for village events ,built to accommodate the growing population as the village becomes a suburb. 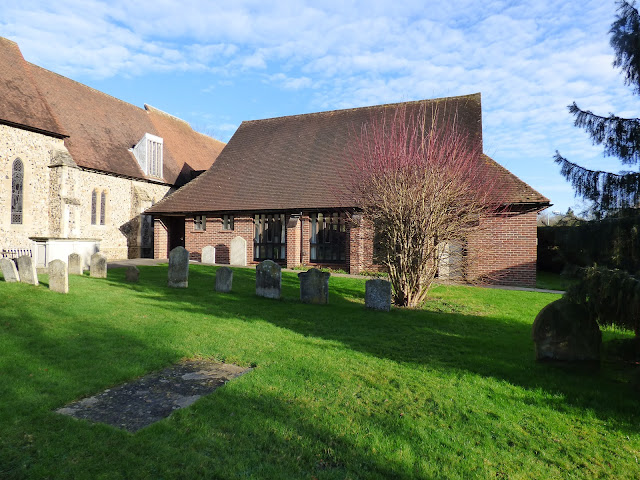 And inside the main building is not quite as you would expect either another more recent addition and the reason this church gets a mention in the 100 Churches book. The chancel was enlarged and modernised in 1967.It really is a church of two halves!

This means the altar is now central so that both parts of the church - old and new can be used separately or both at once.
This photo I'm standing in the old part looking over the altar into the new modern enlarged chancel 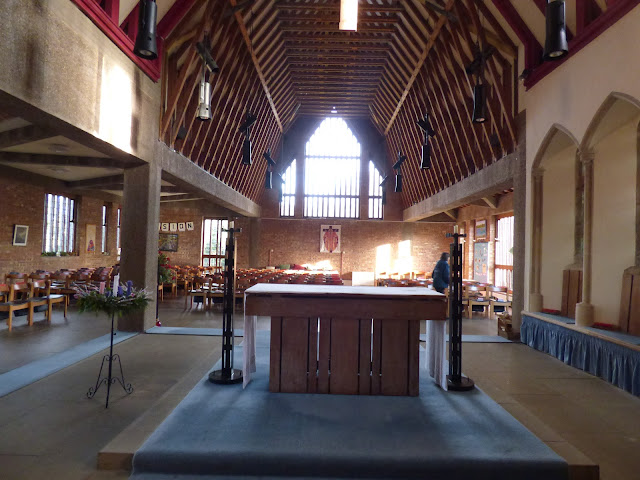 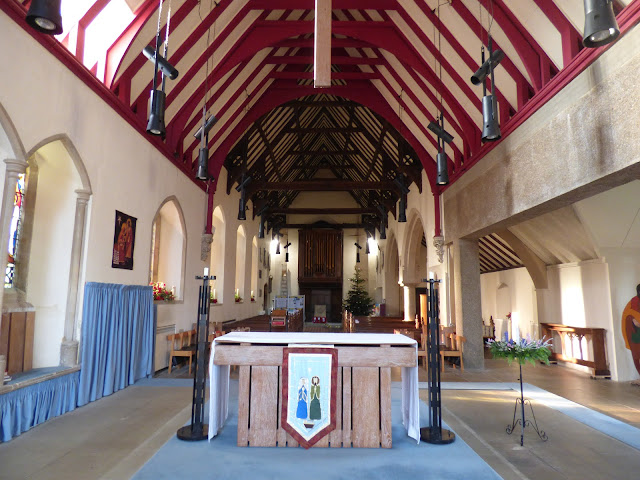 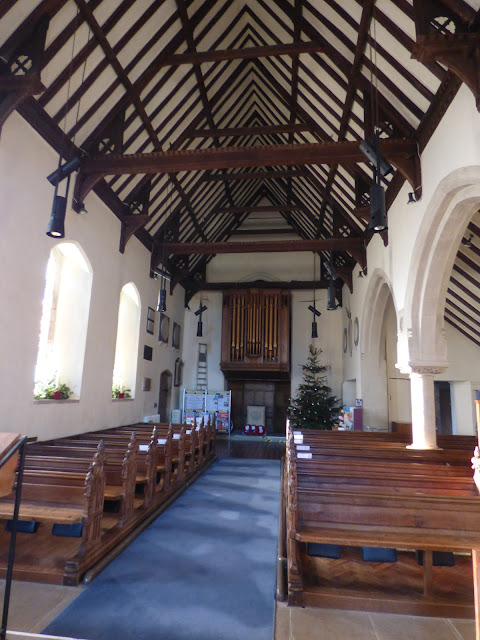 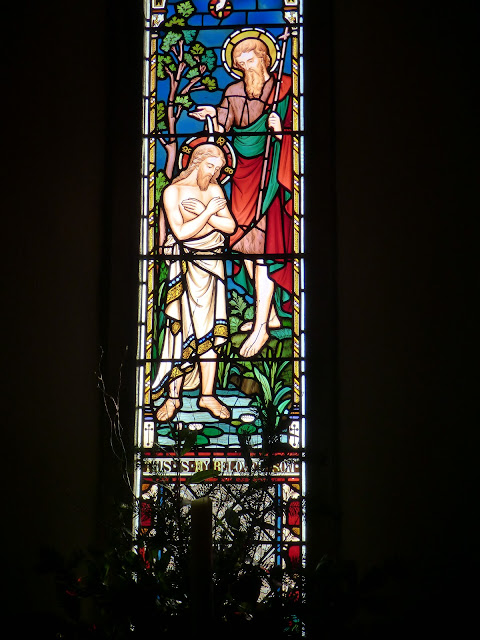 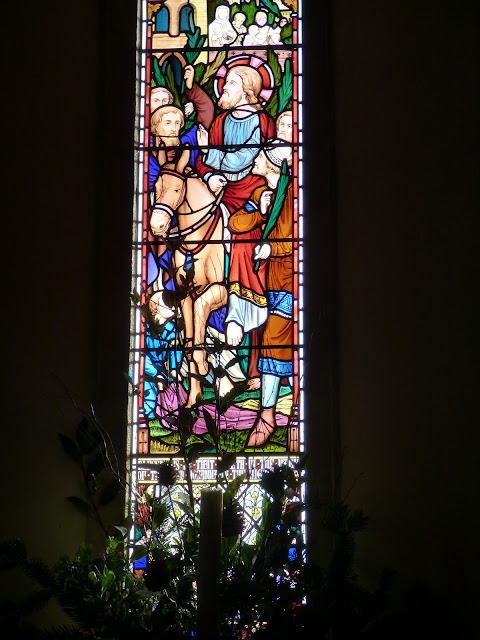 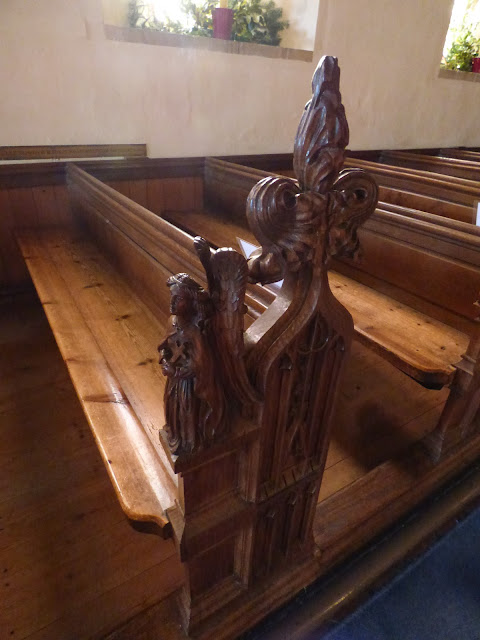 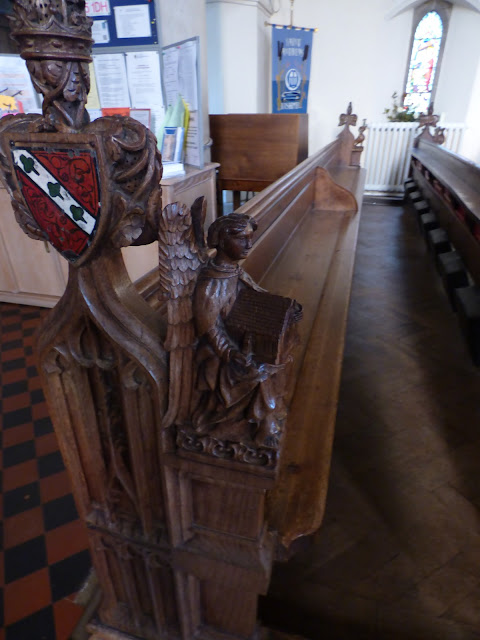 A Large carved memorial in the old part of the church 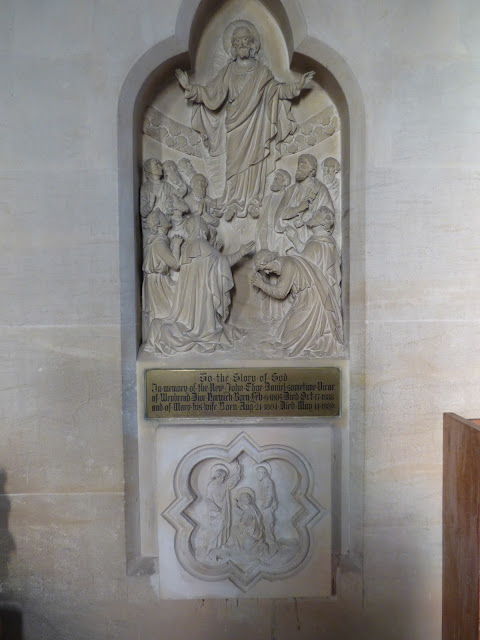 A very modern artwork of the Last Supper in the new bit. 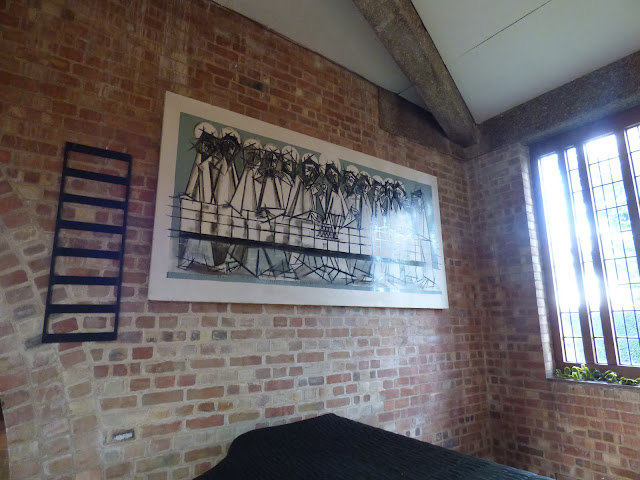 It was unusual to find someone in a church but there was a lady there cleaning so it was nice to have a chat about the modern extension and how useful it is to the village.

Many Thanks for all the comments and ideas for Sarah in Dorset - I hope she knows people are rooting for her.............. hoping she can get through.