January -The Ins,Outs and Frugal bits

January spending was low.............. until the trees were cut down and I had to pay their bill! Although it's like paying for winter heat 2 or 3 years in advance so I don't mind and then I peered in the top of the heating oil tank and thought it would be best to get 500 litres in before it got any lower and a day later noticed the dial on the cooker LPG switch-over thingy was red so an empty cylinder to replace.

So spending was low but not for long! 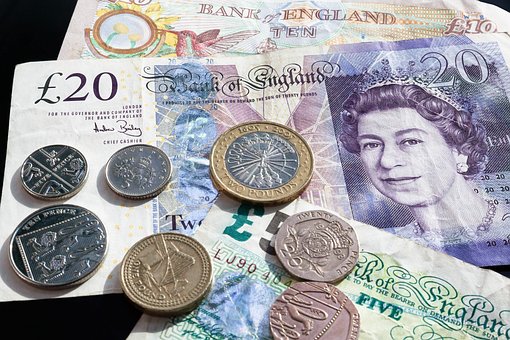 There were no utility bills due this month so other expenditure was just the regular direct debits for broadband/phones and charity plus food for me and the cat, diesel for the car (prices have gone up again I notice). I bought a second-hand car seat so I can take youngest and nearest granddaughter out to toddler groups or whatever after new baby arrives; had a much needed hair cut and another chunk went on vegetable seeds and the moth traps for the apple and plum trees. The vet visit wasn't too bad as we decided on no steroid injection and I'll keep Polly in at night  and  try the calming pheromone stuff which was £30 at the vets but I bought online for £16. With any luck it will work so I won't need to go back to the vets again for the same thing. Then the window cleaner turned up yesterday, another thing for the OUTS column.


A few frugal things?
Took walking shoes back to the shop for free repair
Eating leeks from the garden, still a few peppers and mange tout peas in the freezer.
Re-stocked the Christmas card stock with a pack half-price from the Cancer Research shop
Access to free physio advice in Suffolk
Free NHS health check
8 Birthday cards made, using up  more card-making stash.
Took advantage of cheap pensioners fish and chips when I picked up my prescription - both in the same village a few miles away.
Reading library books for free
Always catching the cold water to use elsewhere before the hot comes through when washing up.

Still a little clearing out...............
Books to charity shop
Top that I'd not worn for years ditto
Tea-cosy ditto (Had two and rarely use a tea-pot!)
Few more crafting bits ditto
Few very old paper-craft mags to recycling - the more recent ones will go to charity shop


Bills arriving in February  will be the half-year water bill and house insurance. I've used Saga for insurances for a while, and usually talk them down so it stays the same as last year but might try a local brokers after a letter came offering a £50 shopping voucher for new insurances.