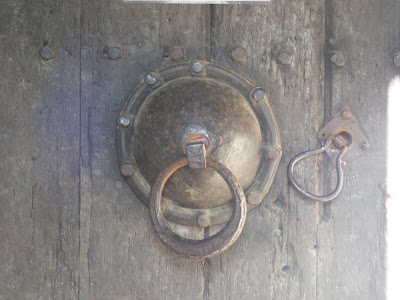 The door handle of the inner door is an iron ring set on a heavily bossed back plate said to have been forged in C13.
In medieval times, people seeking refuge from justice could take sanctuary within a church. Holding onto the ring would give them protection.

St Botolph's church Burgh sits on a a piece of high ground but it is over a mile from the main village. It's thought St Botolph brought Christianity here in the C7 or C8 and that his bones were brought here for safety from the Danes. 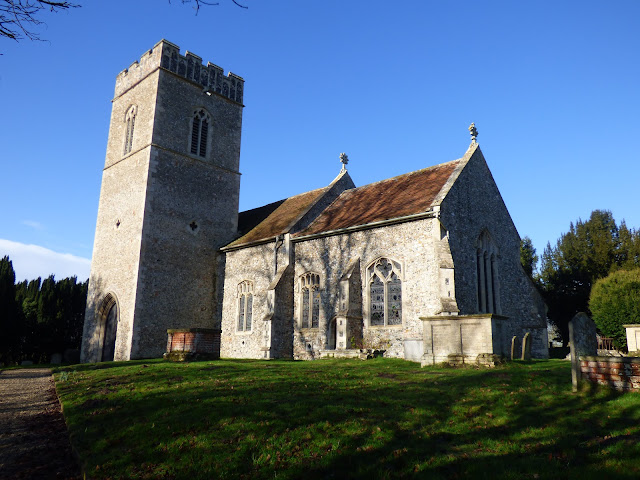 A plain interior but it has many stained glass windows 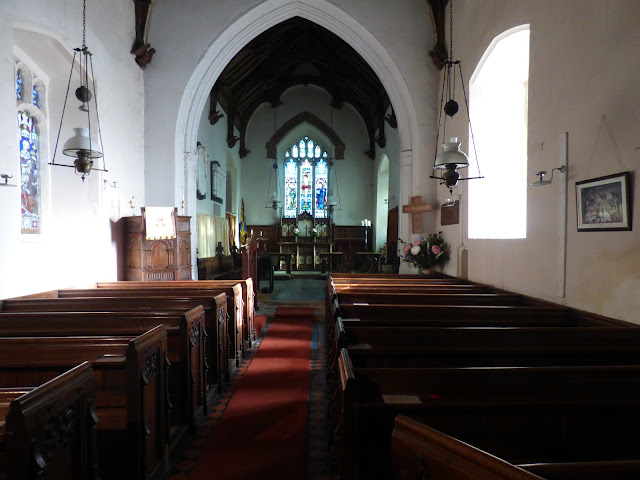 One of the windows 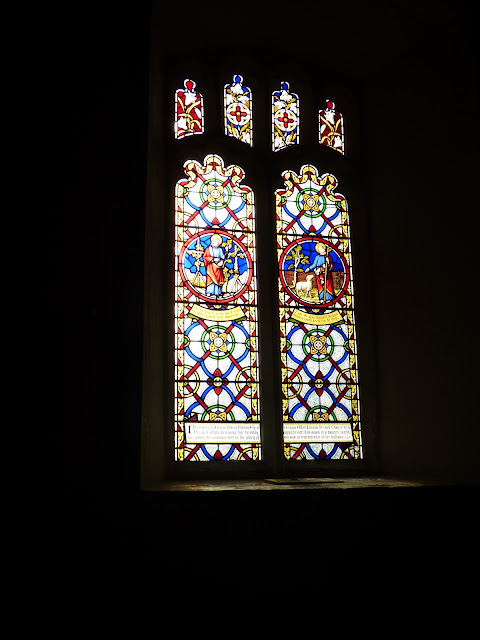 The font has good carvings on it's eight sides 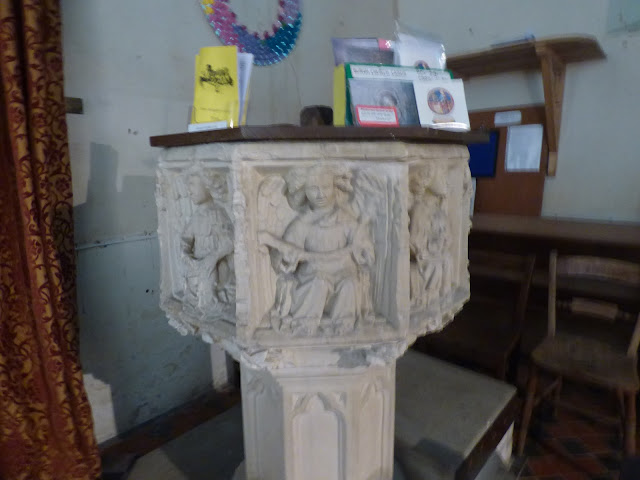 This painting is by Anna Zinkeison and illustrates all the birds in the bible. She painted it in 1967 in memory of her husband. 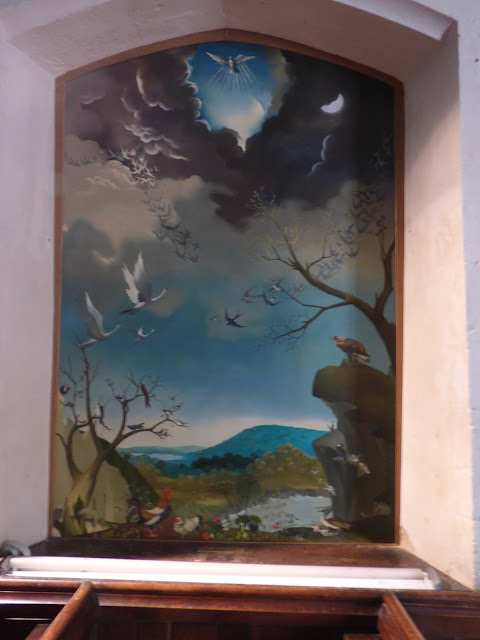 The carved pulpit is dated 1708, but is in an early Jacobean style 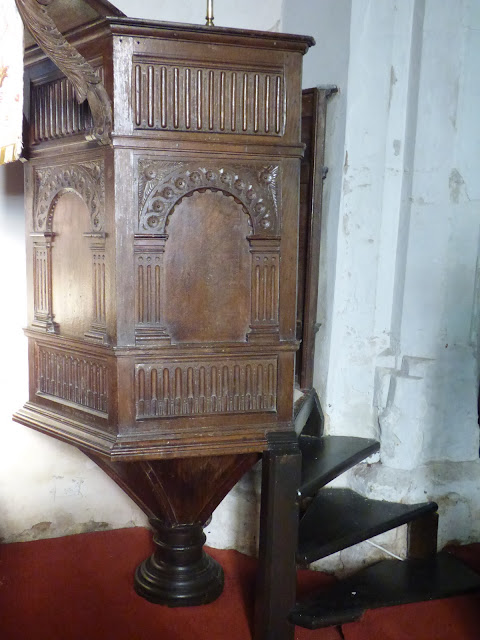 One of the interesting graves . 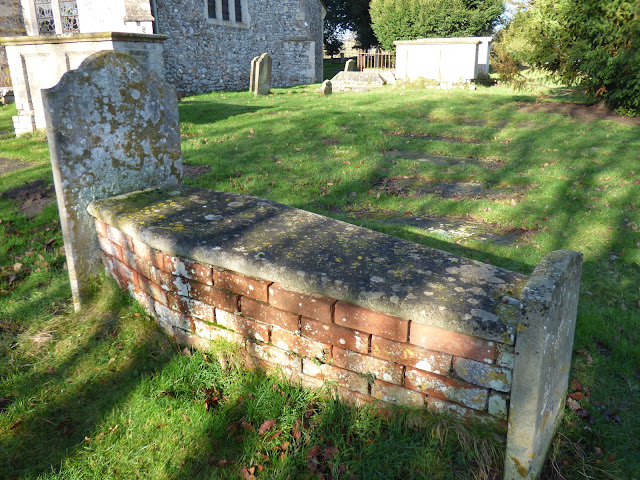 The church became famous in 1991 when  Andrew Lloyd Weber and his wife Madeleine Gurdon had their marriage blessed here.