Yesterday I delivered the Christmas hamper to my Sister in Law  H. (Colin's sister) and her husband S.. They have been seriously isolating and  shielding since March. S has a condition which requires him to take tablets to suppress his immune system and luckily H has been able to work from home all this time. Lucky also that they live up a long lane in a old farmhouse with space and land all around to walk.
I was able to have coffee with them outside in the summer but since the colder weather haven't seen them. I knocked on the door and put the hamper on the doorstep when the door was opened, they stood well back with S at least 15 feet  away. I felt intrusive and it's difficult to have a conversation when they are standing so far away and living in a different world. What they are doing is understandable but I wonder what's it like to be so worried?
Although there are many things I used to enjoy doing that haven't happened this year I've not been scared of going out, shopping, swimming, library van etc.Trying to keep things as normal as possible, while being careful and hopefully getting back to real normal whenever that's possible. Will people who've been shut away ever feel brave/safe enough to return to the world? H & S aren't old - they are both younger than me by several years so hopefully with the roll out of vaccines they will be able to return to all the things they liked doing.
As for the new tiers......it was pretty obvious after the November lockdown that the 5 days of Christmas "permission to go crazy" wouldn't actually happen so why are people so surprised? and I'm now sure that there will be a harder lock-down through January - with brexit looming and still no deal there will be lots of fresh food missing from the supermarket shelves anyway, so it won't matter if we aren't allowed out as there'll be nothing to buy  !!
Deep rooted Suffolk common sense and English stoicism  says that I don't react to things beyond my control but just get on with life as it is, whatever.
Anyway back to Christmas books in Advent......................

This is the most recent acquisition to my Christmas books, another small book with not many pages. I found it in the Home-Start charity shop in Eye when they re-opened after the November lock-down. Books by Susan Branch, a well known author and illustrator in the US are rarely seen this side of the Atlantic and they are a bit twee. 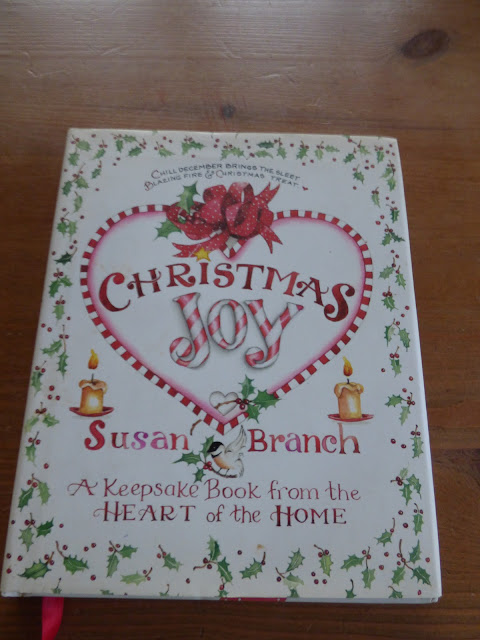 This book is printed using a very small handwriting type of font, makes it difficult to read but her illustrations are pretty. 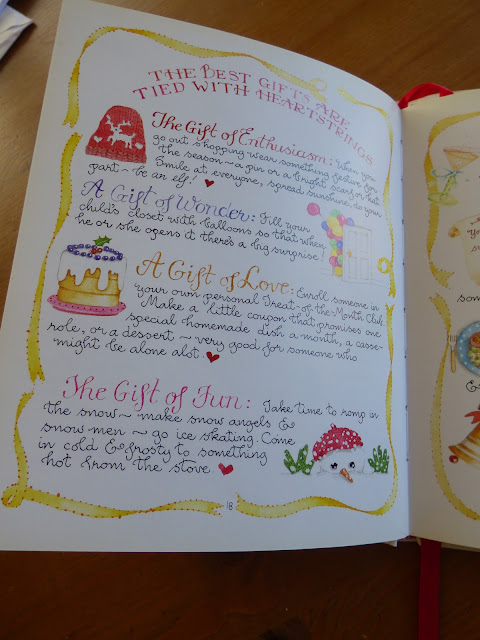 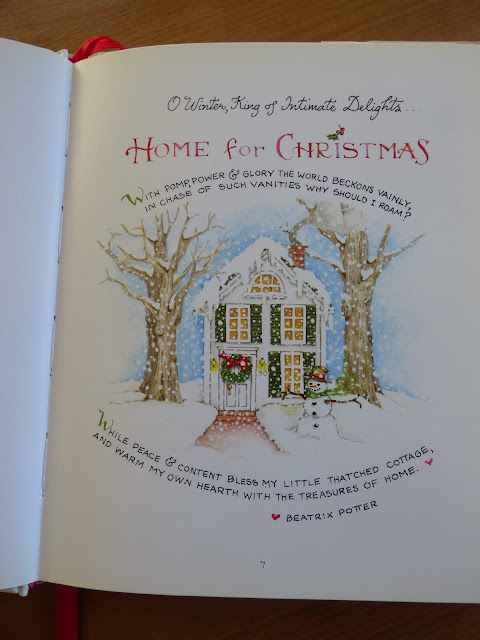 Today for the Winter Solstice I shall be going out for some Holly and Ivy and with Rosemary and Bay from the garden I'll decorate the house to symbolize the turn of the Wheel of the Year.

Back Tomorrow
Sue
Posted by Sue in Suffolk at 07:00
Email ThisBlogThis!Share to TwitterShare to FacebookShare to Pinterest
Labels: Advent Photos 2020