Ready to sing again?
On the second day after  Christmas
My next treat will be.....
A Paperback book
And a big tub of chocolates just for me 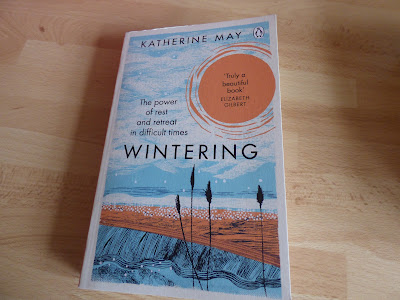 Yesterday everything except the worst of the yuckiest pots and pans  got done and tidying up in some places. There's no hurry now to finish- we don't even know how long this tier 4 thing is going to last which is unsettling. I opened all my pressies and found enough chocolate to sink a ship!, some frothy coffees, 2 books, a DVD and biscuits. Also a notebook from someone that I actually sent them last year!

We did a family zoom meeting and my lap top worked properly which was good. Afterwards though I felt the saddest I'd been for months, missing my family....the children, grandchildren and the rest of us that are getting older and of course missing Colin the most.

Before the zoom thing I began  to watch the DVD youngest daughter gave me - a 2009 film from my wish list called Glorious 39, it got a bit scary! Turns out to be a psychological wartime thriller - not what I thought really, anyway I turned it back on later and the ending wasn't too bad. Then I re-watched most of the DVD of Their Finest Hour - another film set in wartime that has a sad ending which is why I turned off early. After that I found the war film "Tora" "Tora""Tora" was on TV.
I need to stop this WWII fixation, I'm blaming Sue in Wales/Lancs for her new Ration Book Challenge!.

Must finish the washing up and hoovering today

Back Tomorrow
Sue
Posted by Sue in Suffolk at 08:34
Email ThisBlogThis!Share to TwitterShare to FacebookShare to Pinterest
Labels: 12 Days of Christmas Treats