Yesterday was the Winter Solstice and now  daylight hours will (very) slowly increase and the days will get colder - in theory,

As the days lengthen, so the cold strengthens

but with global climate change who knows.

I had to move the car out of the garage and out of the way as Youngest Daughter's ex partner was hopefully coming with a friends van to get the fridge and bed frame (he didn't appear for the third day in a row) so while I was in the car I decided to go and get the Holly from a mile away. No chance of biking as it was pouring with rain. Then there was Ivy, Rosemary and Bay from home and now winter is on the table. 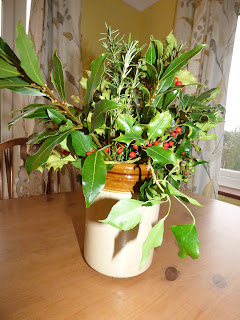 Today's Advent  book is a children's book, one that has been around a while, but not long enough to have been found secondhand for my children. It was published in 1991. 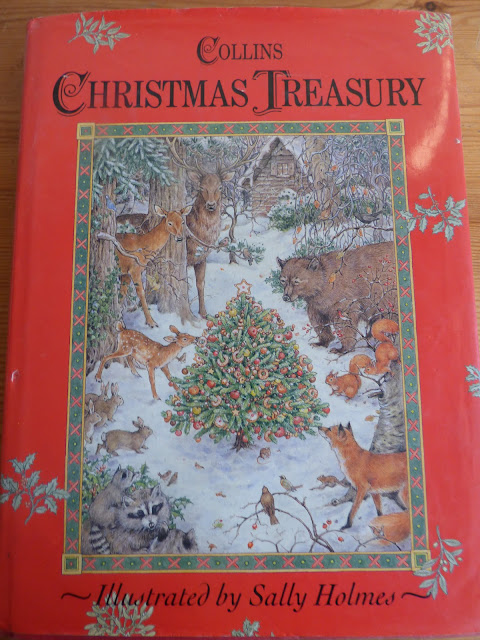 It's full of short  stories and well known excerpts from longer books plus carols and poems. 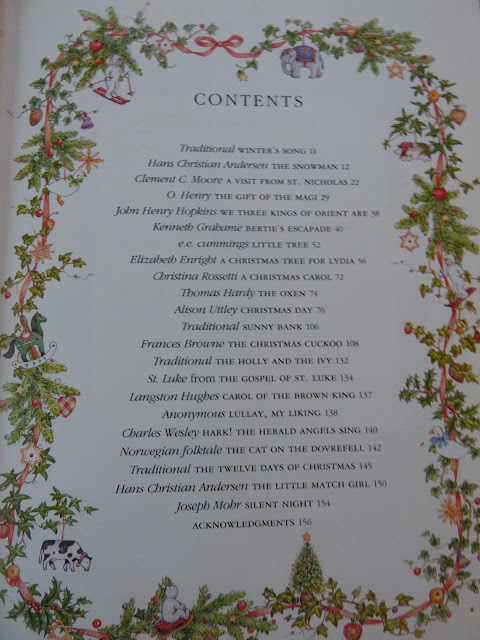 Once again it's the  illustrations that I love 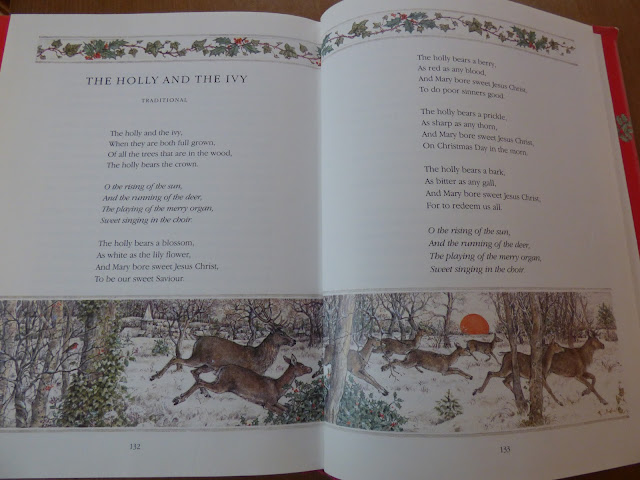 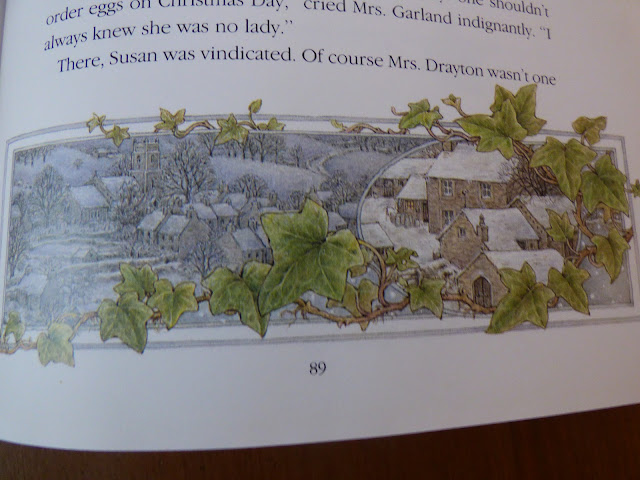 I discovered that Sally Holmes, the illustrator of this book had also illustrated a book called "The English Cottage Year", available for 99p from Abebooks. It sounded interesting and will be on it's way to me in the new year.

Was it fine enough where you were to see Jupiter and Saturn in alignment yesterday evening? It was too cloudy and wet here although I'd seen them getting closer together on the last few clear nights from my bedroom at bedtime. This is the first time they've appeared so close as to look like just one star in 800 years (or 300 years depending on which news I read/heard). Some folk think this may have been the bright star seen in Bethlehem all those years ago.

Posted by Sue in Suffolk at 07:00
Email ThisBlogThis!Share to TwitterShare to FacebookShare to Pinterest
Labels: Advent Photos 2020, Flowers on the Table, Winter Solstice