When They Were Young

Sometime last year I took a photo of this photo which was originally taken by an East Anglian Daily Times photographer in about 1974/5? . It's been stored on my camera ever since so I thought I'd let it out of the camera, surprise Brother in Law and  share it on the Bacton village Facebook Page! (and on here) 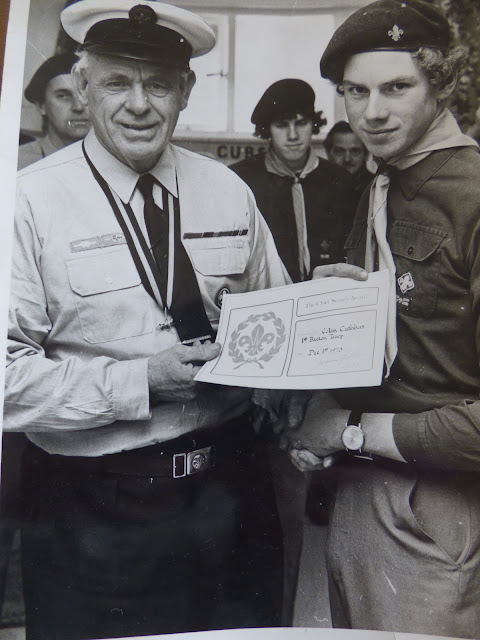 The photo shows Colin.........several years before we married........ being presented with his Chief Scouts Award by the District Commissioner for Scouting in Suffolk  on the official opening of Bacton Scout Hall.
I had just started helping with the Cub Scouts at this time. The person in uniform in the background between the DC and Colin is Col's brother - my BiL .
I've got years of good memories of being a CSL until we moved away across to the coast in 1992.
Sadly, the Scout Hall which Colin helped to build in his late teens, stands empty and unused- not because of Covid but through lack of leaders.
Back Tomorrow
Sue
Posted by Sue in Suffolk at 07:00
Email ThisBlogThis!Share to TwitterShare to FacebookShare to Pinterest
Labels: Family, Memories