Not the normal thing to do on Bank holiday Sunday......................but it needed doing..................
The first thing that went wrong after we moved in was the flush on the upstairs toilet. Colin managed to replace it but after a month the stupid thing got jammed, so the water wouldn't stop running into the loo. We had to lift off the cistern lid and give it a nudge. So he got another fitting and cleaned out the cistern completely in-case it was a piece of grit causing the problem and guess what...... after another month the same thing happened again. The third go at it was with a completely different sort of flushing thingy but the handle wouldn't fit through the cistern. So eventually, 5 months after moving in and after altering the handle bit and finding a different spindle thingy among his plumbing-bits-that-might-come-in-handy, this morning........ success!

After all that we went off to a BBQ at our son and daughter-in-laws house! A very hot and sunny afternoon and quite a crowd squashed into their little back garden............Me and Colin, Cols' sister, husband and their two children and partners. Col's brother. Our youngest and Florence. As the sun moved round we all shuffled our chairs around the garden finding a bit of shade. 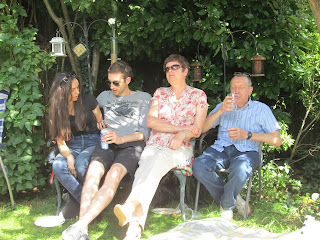 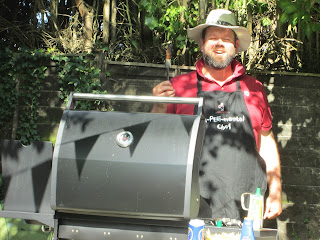 Florence decided to eat Grandad's watch - better than all the leaves and grass she nearly tried out while doing her commando crawl around the garden! 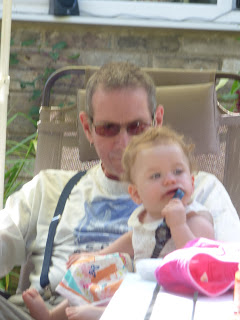 Home again for an evening reading an odd sort of book that I picked up yesterday - mainly because it was a Virago re-print and I was curious. Is it fiction or semi-autobiographical? 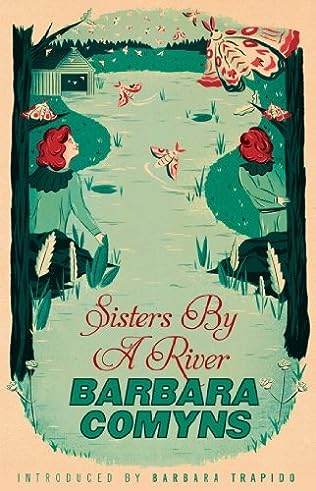 or both? because the novel is told through the eyes (and spelling) of a young Barbara.

On the banks of the River Avon, five sisters are born. The seasons come and go, the girls take their lessons under the ash tree, and always there is the sound of water swirling through the weir. Then, unexpectedly, an air of decay descends upon the house: ivy grows unchecked over the windows, angry shouts split the summer air, the milk sours in the larder and their father takes out his gun. Tragedy strikes the family, and before long the furniture is being auctioned off and the sisters dispersed among relatives. In her daring first novel, originally published in 1947, Barbara Comyns' unique young heroine relates the vivid, funny and bittersweet story of a childhood.

That's the twelfth book  I've read this month! Proving how little there is on TV - Thank heavens Strictly Come Dancing is back soon. 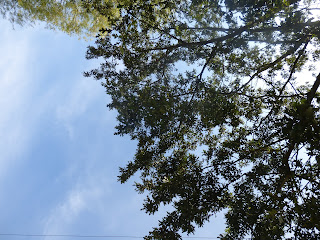 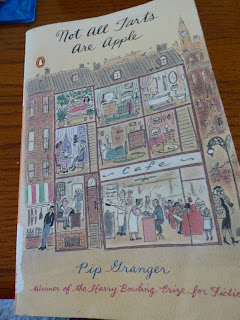 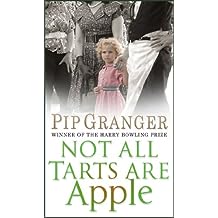 "A rags-to-riches story with a deeply original spin, NOT ALL TARTS ARE APPLE is narrated by seven-year-old Rosie who grows up in a cafe in 1950s Soho, watched over by her eagle-eyed Auntie Maggie and Uncle Bert, and visited on occasions by her mother, the mysterious, and often drunk, Perfumed Lady. But it soon transpires that the Perfumed Lady's family - landed gentry who hail from a country estate near Bath - are desperate to get their hands on Rosie, and will stop at nothing - even kidnap - to acquire her.

Peopled with a wonderful cast of eccentric subsidiary characters - Great Aunt Dodie, Madame Zelda and Paulette, Sharky, the Campini Family who run an Italian delicatessan in Old Compton Street, and Maltese Joe - all of whom live in a Soho so atmospherically evoked that you can smell and taste it."

It reminded me of Up The Junction

Posted by Sue in Suffolk at 06:30
Email ThisBlogThis!Share to TwitterShare to FacebookShare to Pinterest
Labels: Book Reviews, Family