Flower Seeds and Other Bargains

At a small Sunday boot sale early in August I spent only 30p. The postcard book of Country Diary cards was 20p and the card kit 10p. 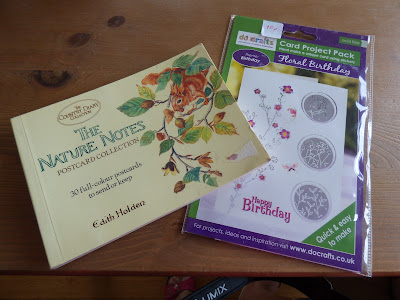 From another small Sunday boot sale that was actually bigger than usual I found a Gi-normous plant pot for £2 and the pretty Blackcurrant sage also £2. 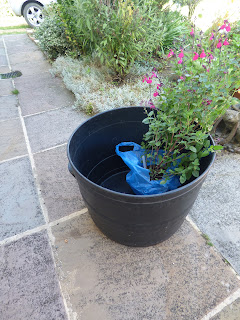 Plus some nappies of the size Florence now needs for 50p and 3 big mugs including a modern Denby which were also 50p each.I like to get a couple of big mugs each summer in case we break any during the winter when there are no boot sales happening. I was very good and walked by lots of lovely baskets that I really didn't need, masses of toys and a load of cross stitch kits. 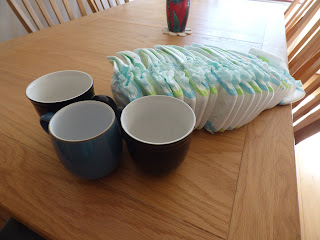 From the big boot sale in early August..............
Huge box of brio type railway for the grandchildren. I now have enough for Jacob to take some home when he is a bit older and some to keep here too. I paid £4 for this lot. The Hungry Caterpillar Card game was 50p. 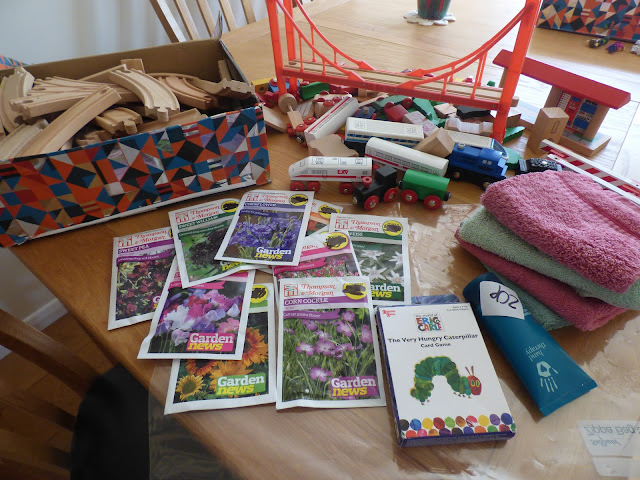 4 new flannels for 20p each. A very large ziplock plastic folder was 50p, Some hand-cream without perfume 20p. And 10 packets of flower seeds for 10p each.
I never used to grow flowers from seed at the smallholding because it took all my time and space to grow enough vegetable plants. Now I don't need to grow so much veg I'd like to have  more flowers and some of these will be grown for the new cutting garden. These packets are ones that would have been free with a magazine so don't have many seeds in each  but that doesn't matter. There's a packet of really dark- almost black- Sweet William,some Sweet Peas, Cornflower and Corn Cockle, Sunflowers,Nasturtiums and Edelweiss.

Can you say Edelweiss without breaking into song?!

Thank you for comments about Bank Holidays and Books