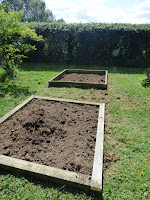 eyesore at the end of the garden 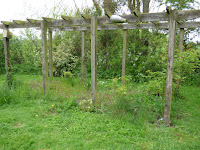 A bit of garden for cut flowers would be nice I said, as there are not many flowers for cutting in the quarter circle flower bed 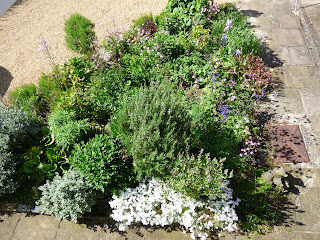 and not many in the purple bed beside the conservatory either 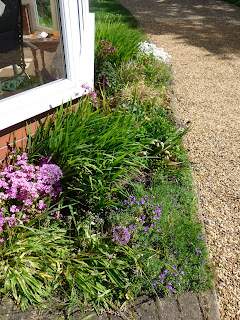 No sooner said than done. On day one he cut bits off the ends of the posts so they were interlocking.
On day two he used our ancient tiller to cut up the grass surface 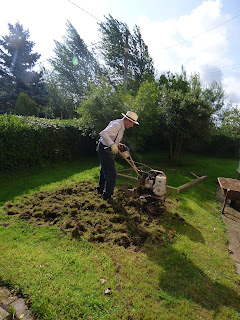 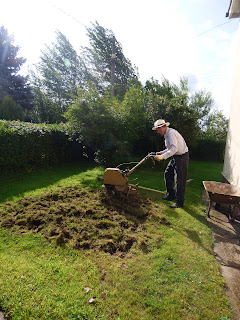 Scooped off all the loose grassy bits, forked through the soil underneath and rotovated again.
Dug out round the sides so that the wooden post-frame fitted in at soil level so we can run the mower over them and raked in the soil. 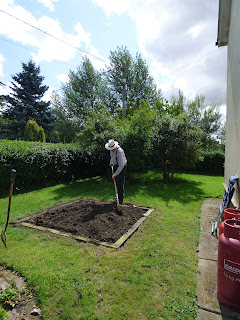 And how brilliant............ we have a new bed. I did make him sit down in between the various jobs  and kept saying it didn't need doing all at once but it's done now.

What shall I plant?

I have Tulip bulbs called "Florists favourites" on order. Shan't bother with Daffodils as bunches are for sale everywhere in the spring. Must find good value Alstromeria or Peruvian Lily as I grew them to sell at the smallholding and they last really well as cut flowers. I have some seeds for Sweetpeas too.

I've borrowed a book from the library which is full of ideas, but I won't have room for everything. 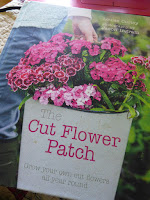 PS Many thanks for comments on car boot stuff, dirty British coasters and John Constable!

Posted by Sue in Suffolk at 06:00
Email ThisBlogThis!Share to TwitterShare to FacebookShare to Pinterest
Labels: Cut Flower Bed