Although the snow and ice put paid to plans to drive to Addenbrookes early yesterday, at least it has filled a page for my daily December posts.........I was short of ideas for a few days out of the 31 needed. (They had more snow further west in Cambridge and Col told me to stay at home, he has everything he needs and is spending his days dozing, we communicated by text instead.)

We rarely saw snow over at the smallholding close to the coast, always a degree or two warmer than inland. I think perhaps maybe 4 or 5  years out of the 23 we were there.

It started as rain here  around 7am but soon changed to snow a while later, it didn't settle at first but after a couple of hours we had a light covering. 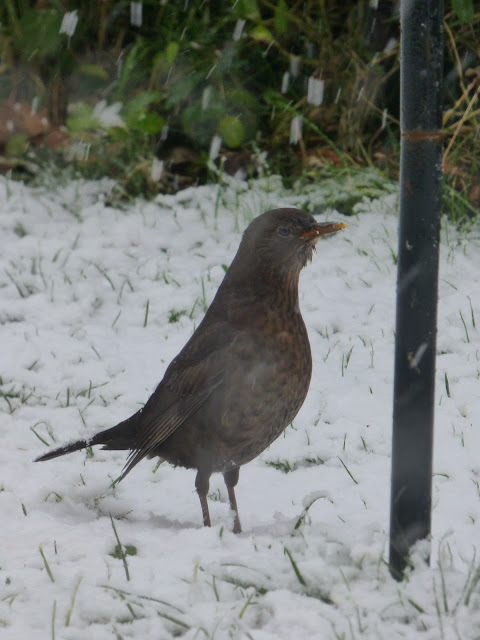 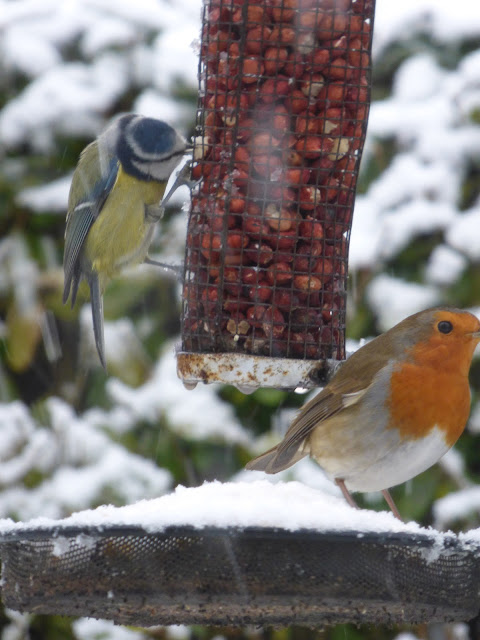 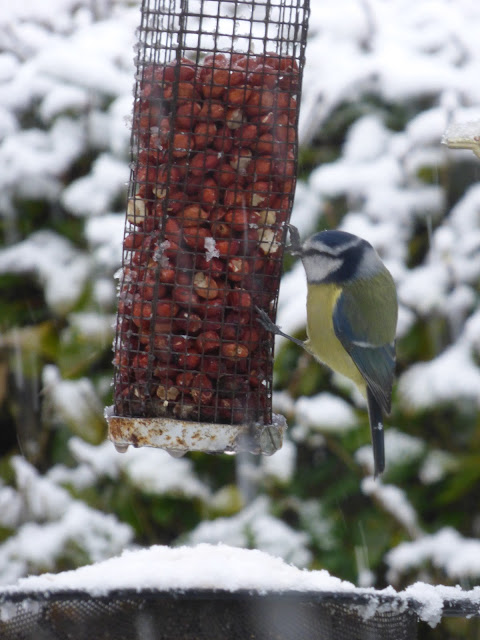 Then the camera battery went flat!

The snow didn't last long past 1pm when it turned back to drizzly rain and quickly disappeared from the trees and hedges and left everywhere slushy and icy.

There was more snow on TV.................for me one of the things that always signals that winter is really here is when Ski Sunday begins on the BBC. I've never skied, I wouldn't want to, the thought of me on skis is hilarious but for some reason I just love watching it. The programme is 40 years old and the title music is iconic

As I was unexpectedly at home I did a bit of blog surfing (or maybe that should be skiing?).........that is  following links to other blogs that I don't normally look at and I came across one with a link to an ad for a "Mindful Budgeting 2018 Planner". This was on a frugal blog somewhere and I thought it would be something to print out but no, it is a hardcover diary type book and has all sorts of helpful ideas for budgeting, recording spending and outgoings and also has "Motivational quotes".  But it's is $45................ I'm not sure what that converts to in £ but it sounds quite a lot of money.
Will people spend $45 dollars to start budgeting .....sadly probably some will. I hope they find it useful, it's certainly helping the budget of someone! I've managed with an ordinary notebook for years.
My blog began as Frugal in Suffolk, but has had to change to follow what's happening in our lives, but I'm still frugal in some areas so that I have money available to spend in others. It's all about taking control, knowing what money comes in, knowing what will be going out and deciding what's important and what isn't.
Balancing the books

I don't know how I got to here when it started with a snowy day at home so had better finish.