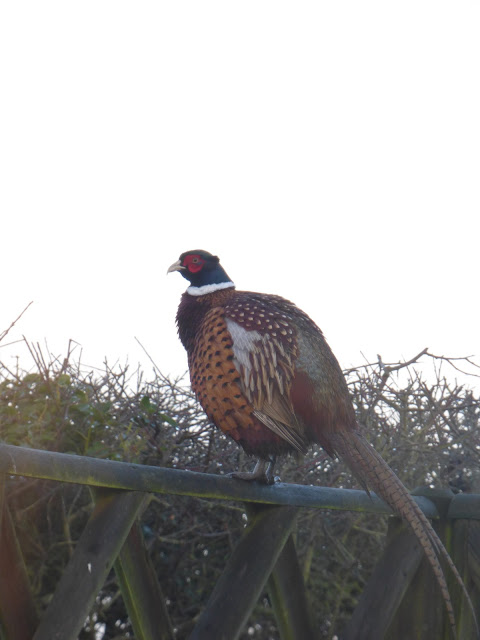 I spotted him sitting there but had to take the photo through the window because he would have been off like a shot if I'd opened the back door. They are so common but still their colours are  impressive.

I did venture out of doors to take this............Sunday's full moon. Had to stand and freeze while some cloud moved away 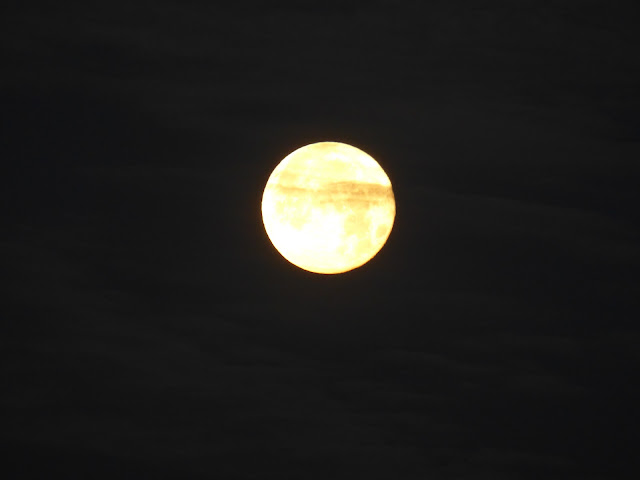 The things I  do to fill a blog post!

Latest from Addenbrookes...... Colin was feeling very rough yesterday, they've given him some particularly  nasty medication to combat rejection of the stem cells he will be given on Saturday. He was warned that it had horrible side effects.
I travelled up to see him and, just as I joined the end of a traffic jam, heard on the radio that the A14 was blocked by bales falling off a lorry. Took 40 minutes to do 5 miles. Then on the way home the park and ride buses had been held up in Cambridge city centre so there was a longer wait than normal to get back to the Park and Ride car park. Then it was 50+ miles home in rain and spray from trucks.I do feel sorry for the people who do this drive daily for work - I would go nuts!

I must apologise for not getting round to commenting on many of my favourite blogs at the moment. There don't seem enough hours in the day this week, next week should be better.

Back Tomorrow
Sue
Posted by Sue in Suffolk at 06:00
Email ThisBlogThis!Share to TwitterShare to FacebookShare to Pinterest
Labels: Advent Photos 2017, Natural world