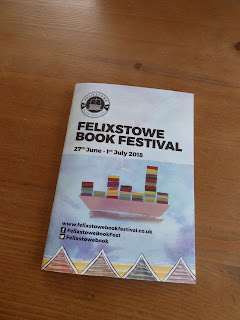 Nearly two months ago I picked up the Felixstowe Book Festival programme and wrote about deciding which events to go to HERE but then didn't get round to booking until early June by which time the  Jenni Murray event   was fully booked .

As it's a 45 minute drive it seemed sensible to go to two events while there so in the end I booked up to see Damien Le Bas talking about his book "The Stopping Places".

Damian is part of a traveller/gypsy family but won a scholarship to Christ's Hospital school and then went onto Oxford where he studied Theology. He grew up hearing his great grandmother's tales of life on the roads and in the  school holidays helped with his families florist business – for several generations they had a pitch in Petersfield market in Hampshire, which was an hour from their home.

He read from the beginning of his book  about the journeys back and forth to Petersfield in a transit van
“daffodils packed squeaky tight and tall green buckets of chrysanthemums, yellow and copper and pink" and "uncles and aunts pointing to flat areas and verges by the roadside: “That was where Bill and they used to stop”, “I can see Granny sat there”, “Leslie’s layby, look, Dee”. These are the stopping places, or, in Romani, “atchin tans” .

The lady he was chatting with (Ros something, can't remember ) asked him about the use of the words "Romany", "Gypsy" and Traveller" and he read more passages from the book and talked about his experiences in the year he spent travelling the country researching for the book. He spoke about the reactions from his extended family to the book and how it's been received by the press and general public.
It was an interesting hour . 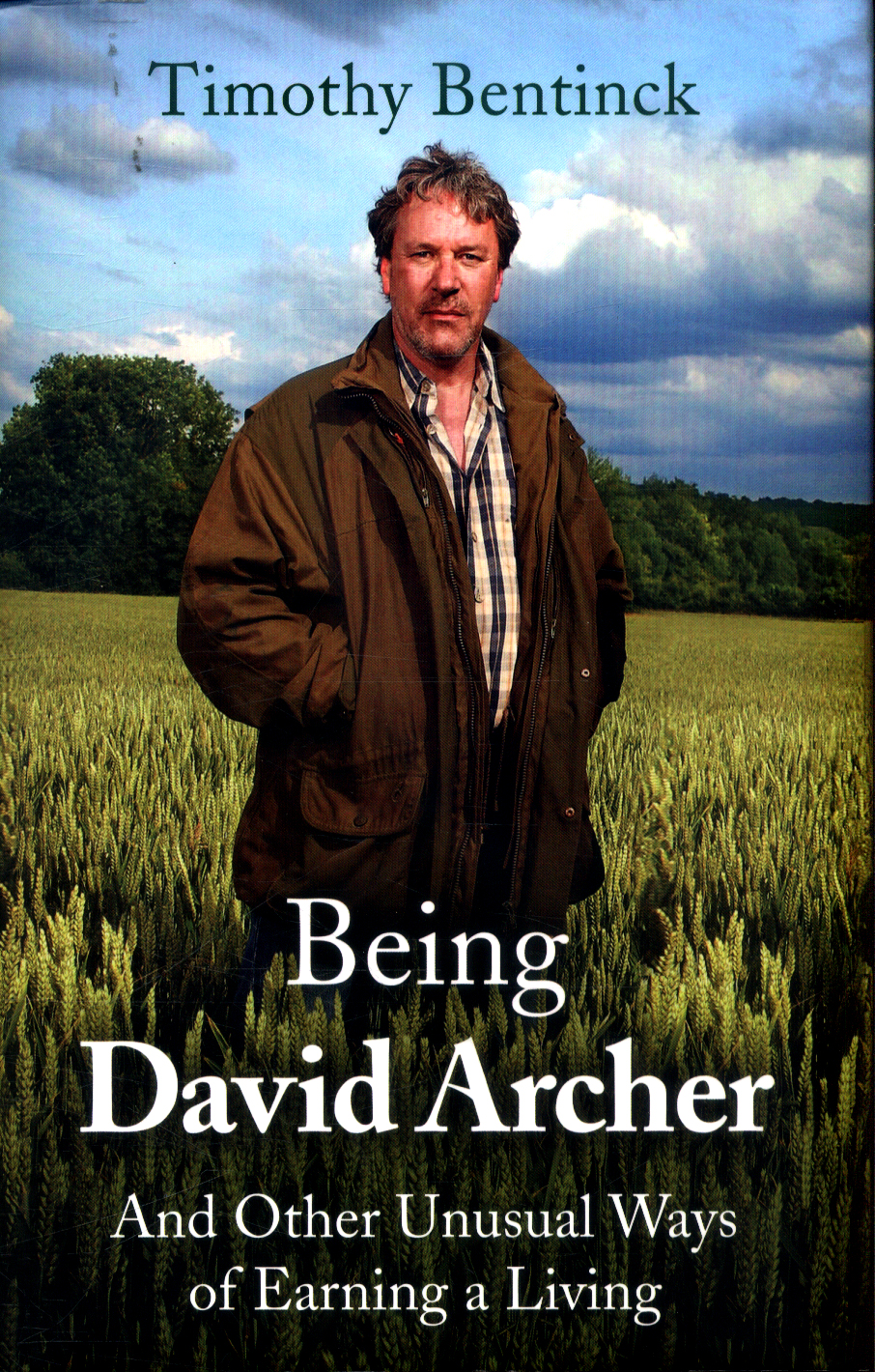 In the programme it said he would be chatting with his sister but it wasn't a sister who came onto the platform with Mr Bentinck! (I spent the hour trying to work out who the other bloke was, his voice was familiar. Thankfully there is a photo on the Festival Facebook page and it turns out is was Francis Wheen, who is often on the News Quiz on Radio 4)

I grew up listening to  the Archers and sometimes listened to the Sunday compilation  while doing the weeks ironing but haven't listened lately as  nowadays it's too much like any other soap - all tragedy and unhappiness!

It was a very entertaining hour and not much about the Archers at all because recording only takes a few days each month so Mr Bentinck has done many other acting jobs over the years. He was recently awarded the MBE for Services to drama.

When I booked the tickets I didn't know it was going to be a hot and sunny day when traveling wasn't something I really wanted to do.... so it was an effort to make myself put on good clothes and get in the car! But I'm glad I did and actually could have fitted in another talk to see Stephen McGann (the actor who plays the  doctor in "Call The Midwife") talking about his book, instead I filled the gap by walking around a few charity shops and sitting in the venue's gardens with my book.

While I was in the loos washing my hands before the first talk I recognised the voice of another lady there.......BBC Radio Suffolk Broadcaster Leslie Dolphin. I had met her on a couple of occasions in the past in connection with the Suffolk Smallholders Society and I also used to do a very early morning once-a-month 5 minute phone-in with her husband Mark Murphy (also a Radio Suffolk Broadcaster) and once they called into see us at the smallholding on their way to the coast. I said "Hello, you won't recognise me" but when I said who I was she knew, and said she'd read about Colin passing away in the Suffolk Smallholder Newsletter, she  has someone from the Smallholders Society in the studio with her to talk about the society a couple of times a year and she gets a copy of the Newsletter sent to the radio station.

I thought it was funny how three voices heard on radio had featured in my afternoon.