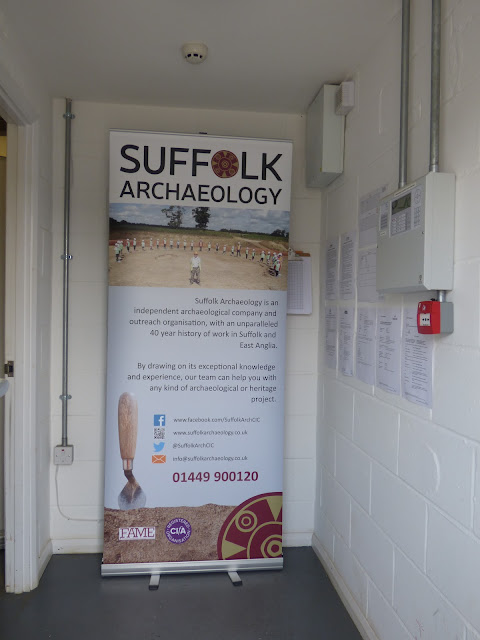 On Saturday there was an Archaeology Open Day at the company where our son works (as a Project Officer)  so I went to have a look.(He wasn't able to be there - previous engagement at a friend's son's 2nd birthday party!)
Suffolk Archaeology was originally Suffolk County Council Archaeology Department but as with most parts of the County Council it was "divested" and became a Community Interest Company. Son M did his high school work experience with them when he was 14, worked for them again for a year after finishing uni and now has been back with the new version for the last few years.

The open day was mainly aimed at families with children and there were "have a go sessions" on whittling a butter knife from wood, making a Roman coin from clay and weaving on a Roman loom.

I thought their storage area looked fascinating, all those boxes full of finds, but it was fenced off 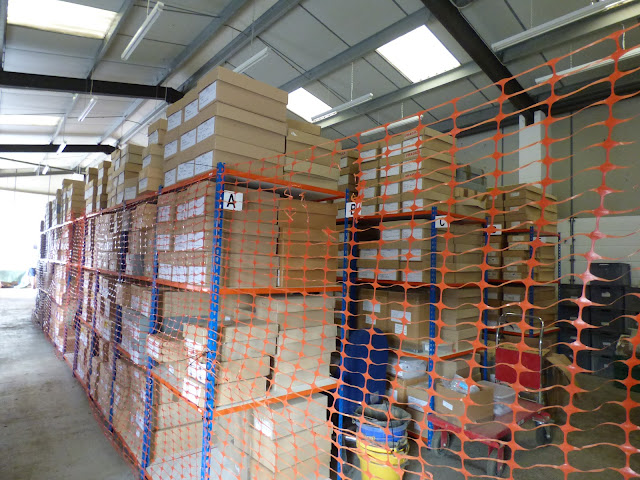 I was very interested in their display about  The lost Elmswell aerodrome. 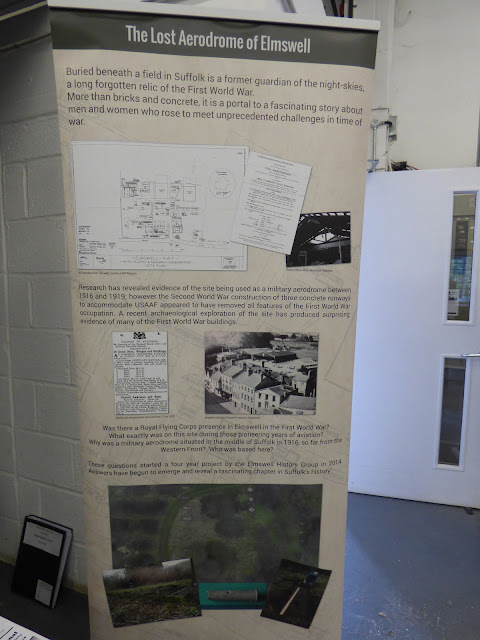 I hadn't realised that below the old WWII airfield where I learned to drive (and spent a lot of time with a boyfriend from Elmswell who, with friends, kept an old car there to roar around in!) there was a much earlier airfield. Suffolk Archaeology helped Elmswell history group research and catalogue their finds. 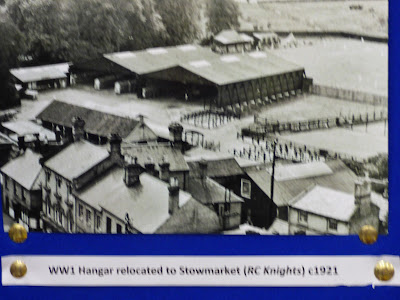 which I can remember. It was  demolished in the 1980's and this is where Asda and the main car park is now situated in the town. 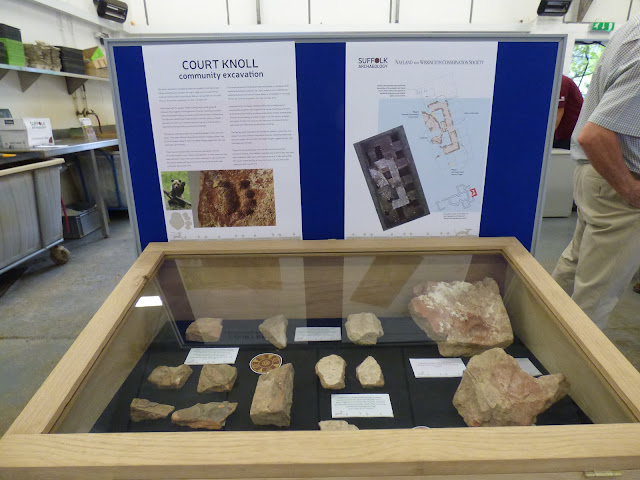 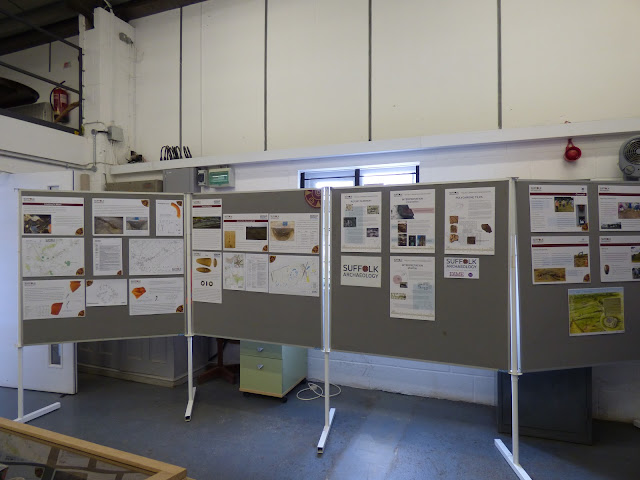 They had some trays of Roman pottery to handle. This is the poshest Roman Samian Ware pottery. 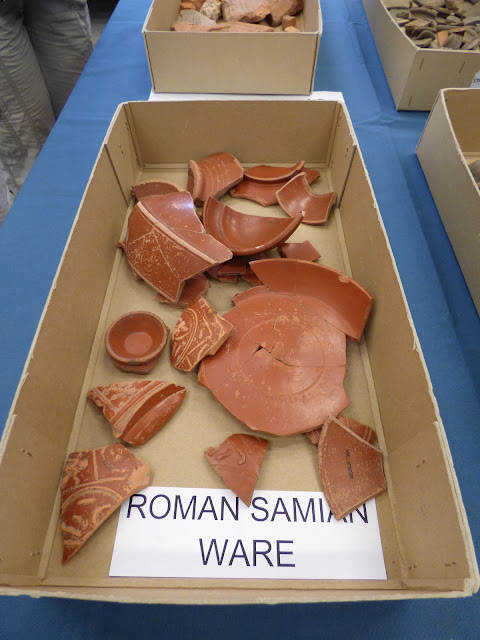 When the Romans left Britain it took nearly 1500 years for pottery of this quality to be made in Britain again - What The Romans Did For Us was forgotten.

I'm so pleased that M has been able to work in his chosen profession ever since finishing university.