I must be very competitive because I've been entering village shows  whenever I can since the 1980's and in the 80's this one  was just a produce show which I used to enter when we lived in the village, before we moved over to the coast.
It always clashed with Knodishall's own  Produce show - 1st Saturday in August - so we never got back to have a look. In the meantime it has turned into a big village event with all sorts of things going on and is held on a big meadow rather than in the school, as it was 25 years ago. 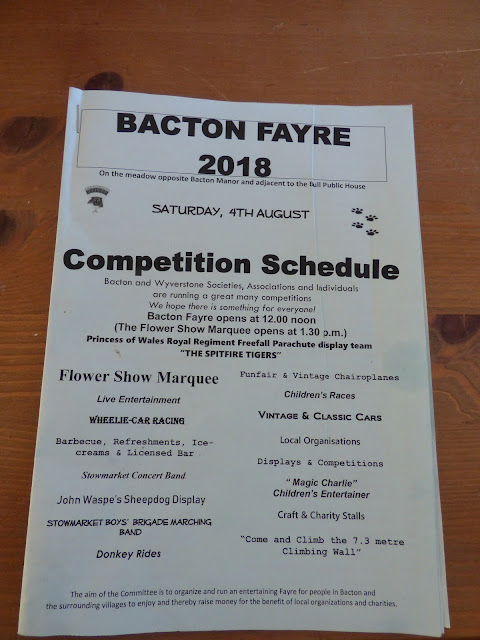 I took my entries over just after 9am. I entered
I didn't have much hope of winning anything except maybe with the tomatoes or peppers.............the cucumbers were huge, probably to big to be perfect, although they were a good matching pair. The courgettes were definitely too big and one had begun to turn into a marrow and the Marble Cake was a right mess. Never made one before and I used to have a rule of not entering something I'd not made before! The jug of herbs looked OK - rosemary, a few bits of sage as the bush has really suffered in this weather, basil and parsley.


Then I picked some more tomatoes to sell on the WI Produce/cake stall and took a couple of jars of chutney for selling too. 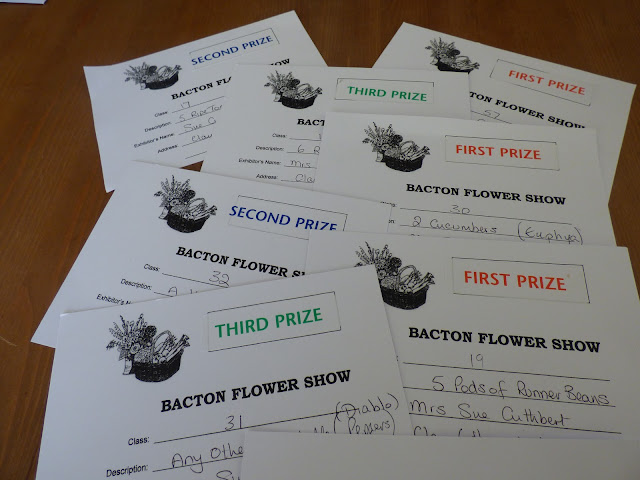 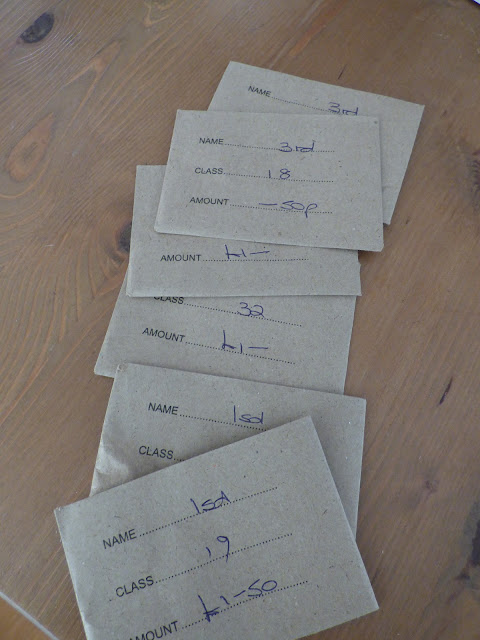 Prize winnings of £6! as it costs £1 per person and 25p per class  to actually enter, the winnings are not quite enough for a holiday but I was very pleased.
The WI prize isn't among these as it gets awarded at the WI meeting.

I had  a really good day at the show, so more photos of some of the other things there in tomorrow's post.

Back Tomorrow
Sue
Posted by Sue in Suffolk at 06:00
Email ThisBlogThis!Share to TwitterShare to FacebookShare to Pinterest
Labels: Bacton Fayre, Herbs, Local Events