A couple of weeks ago I took  a detour on the way to see youngest and Florence and called in to see the sea and the church at Aldeburgh, a small town I know well after all our years living just a few miles inland, and unlike all the churches visited prior to this, it's one I've actually been inside for a service. 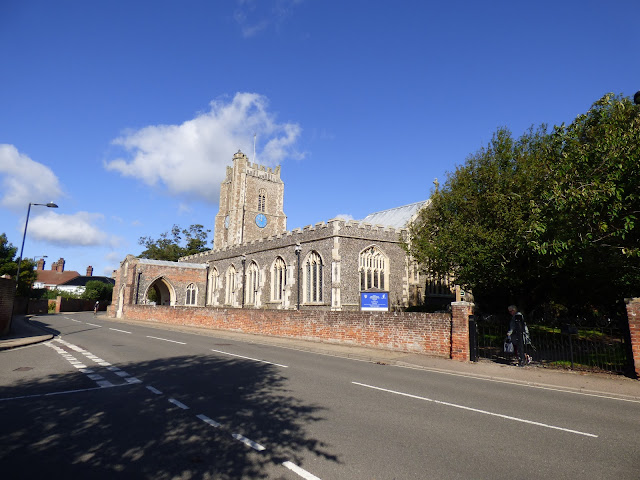 The "treasure" that gives this church a place in the 100 treasures book is the memorial in the churchyard to the 7 men who drowned in a tragic event of 7 December 1899. The men were part of the 18 man crew of the Aldeburgh lifeboat which was hit broadside by two huge waves in heavy seas and capsized, trapping 6 men underneath. 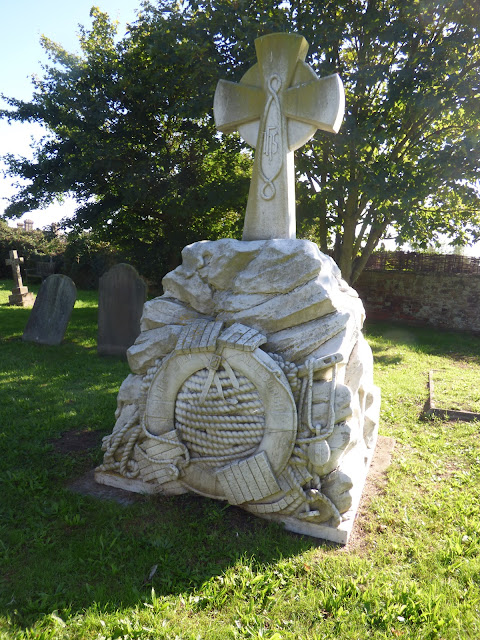 Aldeburgh was a much smaller town back then and everyone would have known the people who were killed. There's still a lifeboat stationed in Aldeburgh and they built a brand new building for it in the 1990's. 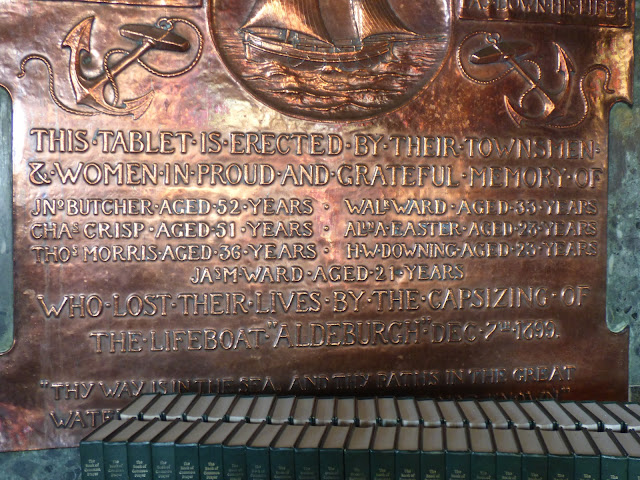 It's a very wide church with the side aisles almost the same height as the main nave, there are no windows (clerestorey? )high up so it felt a bit gloomy in the middle aisle as I entered under the tower. 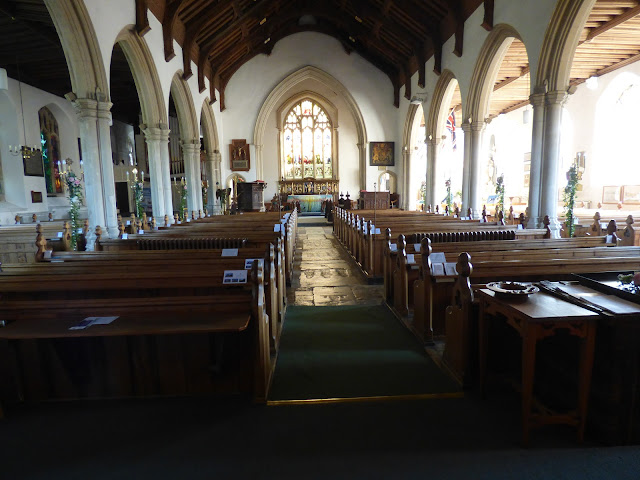 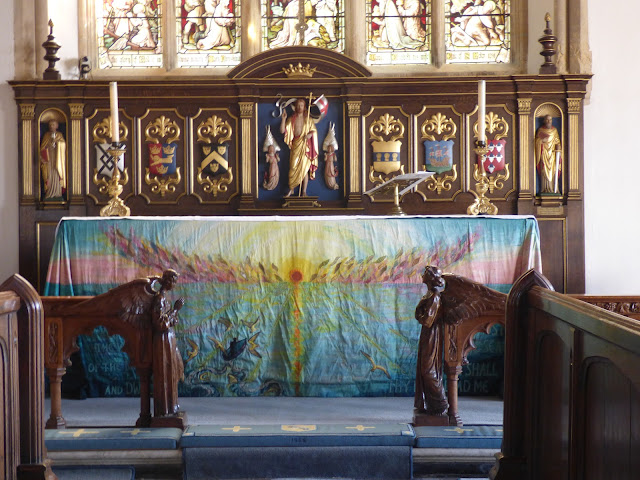 And the shields on the roof bosses 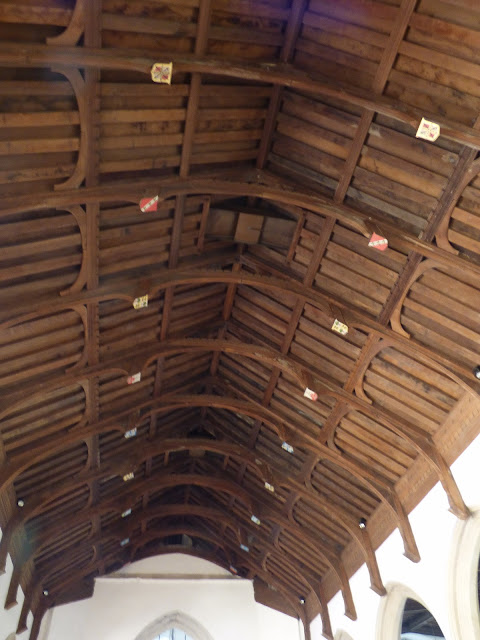 The banner shows the town crest 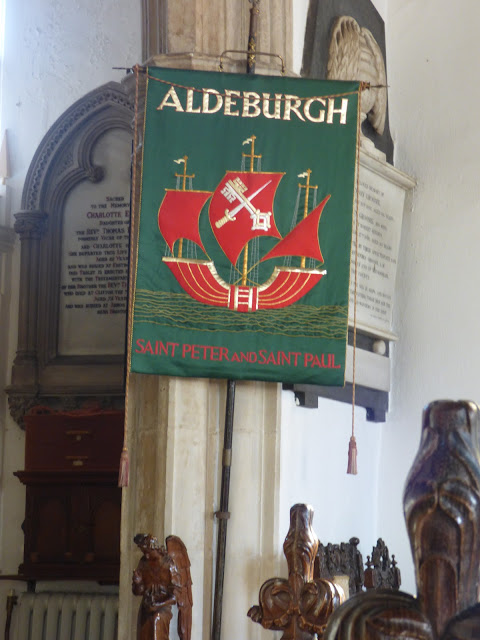 Compared to some of the churches I've visited the font is small and not situated in the usual place. 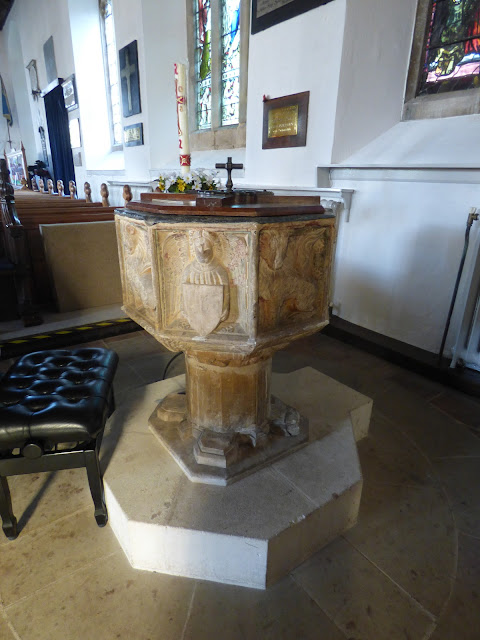 There is one person especially connected with Aldeburgh and he has a stained window in his memory and that's the composer Benjamin Britten. I'm not sure when the window by the artist John Piper was installed but Britten died in 1976. 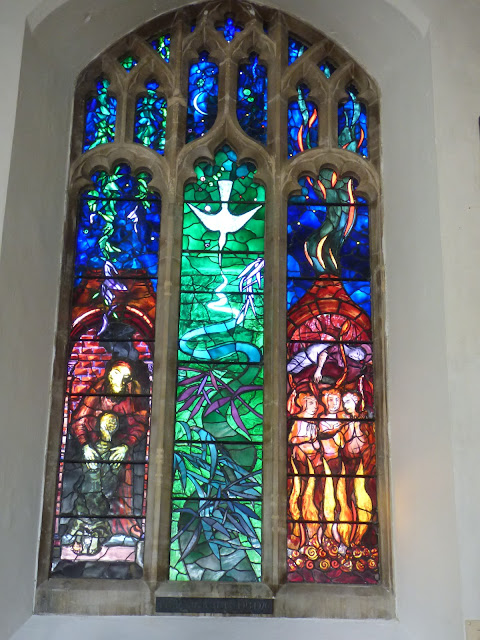 I found these three architectural drawings of the church framed on the south wall,(sorry about the poor photo) 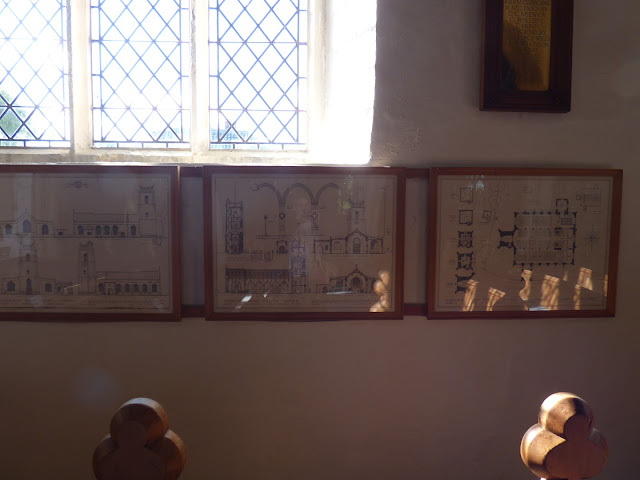 Outside again and the South porch joins the pavement by the busy main road down the hill to the seafront and has archways through each side for a pathway....... might also be unique in Suffolk.......I don't know. 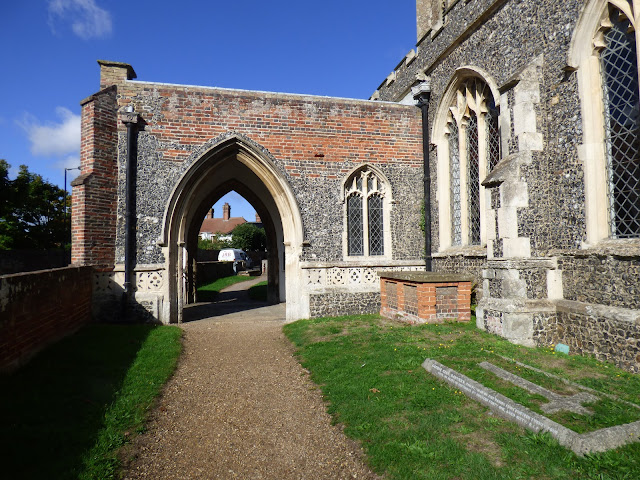 Just a couple of photos of the shingle, sea and  gulls on a sunny September  morning 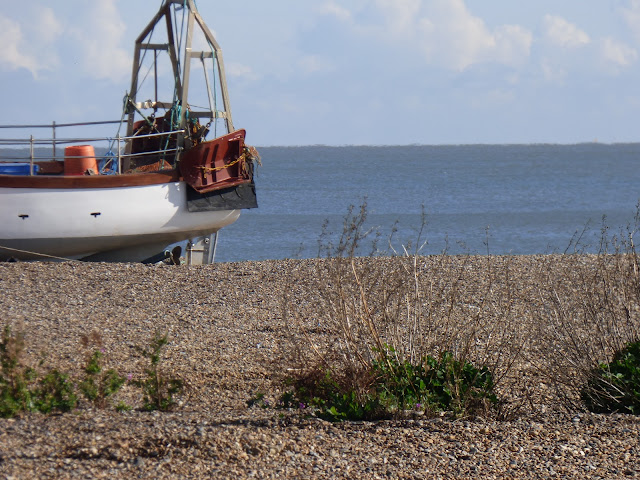 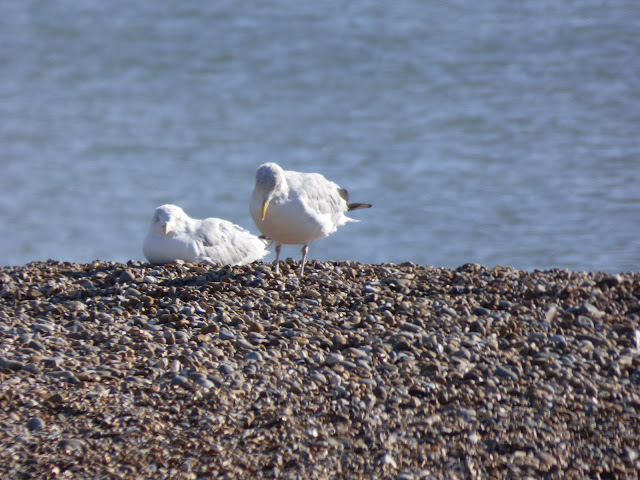