Heritage Open Days.................A nationwide event run by the National Trust which allows access to buildings not usually open to the general public. 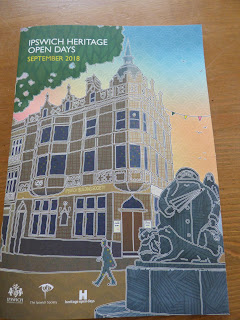 I picked up this brochure to see which places I could visit easily on a Saturday morning out in Ipswich town centre.
First The Admirals House.
Named after Admiral Page who lived here and now owned by The Ipswich Institute and used for running courses. There is very little to see of any original features from the C18 and it probably would have been small cottages before the C18 refurbishment. 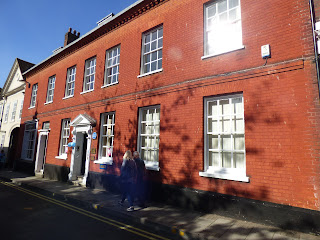 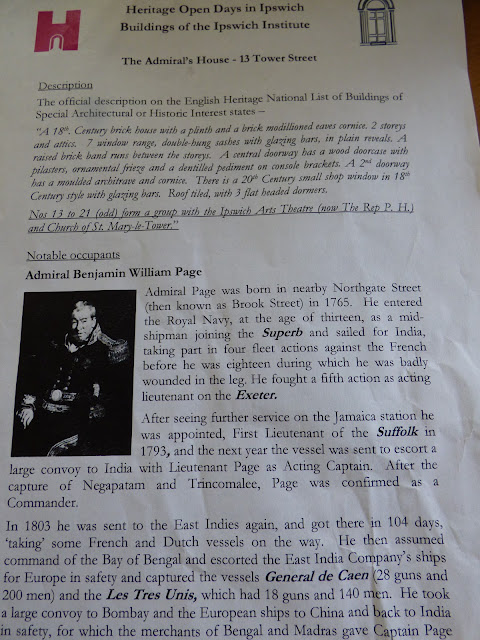 It stands in an important position in Tower street one of the streets running off the main town centre street and opposite St Mary Le Tower Church - The church used as the civic church of Ipswich.
There are reports in Newspapers of the time of visits by the Duke of Wellington to this house in 1820 and 1821. 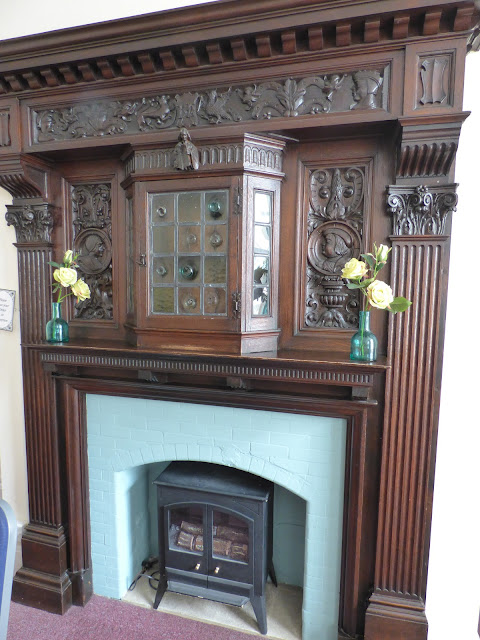 After Admiral Page died in 1845 it was sold to a Mr Corder who was an important silk merchant in the town. He left it to the newly formed Church of England Diocese of St Edmundsbury and Ipswich in 1922 and then it was sold to The Ipswich Institute in 2000. To make it suitable for public use it's now all false ceilings and bright lights and  safety doors. 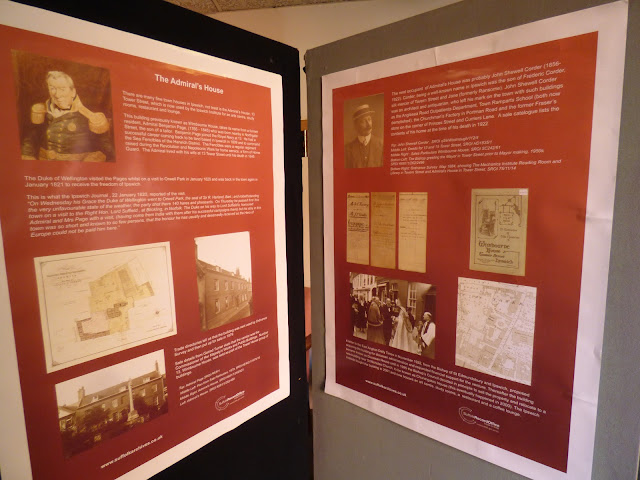 The next visit was a quick look in the Ipswich Institutes other building....Their Library and reading rooms. This is just a door in between shops in Tavern Street but opens up inside to this 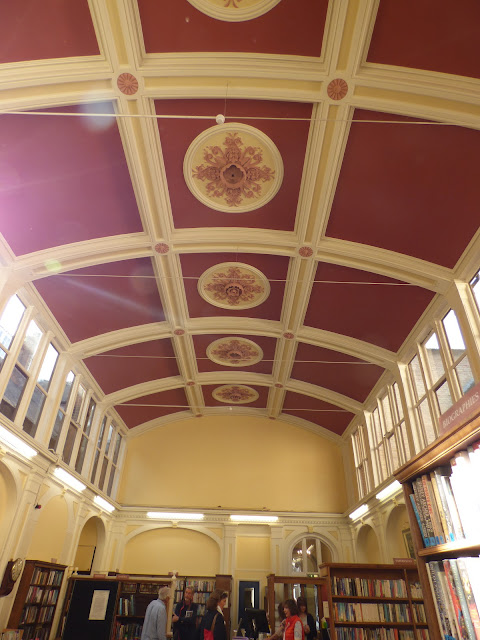 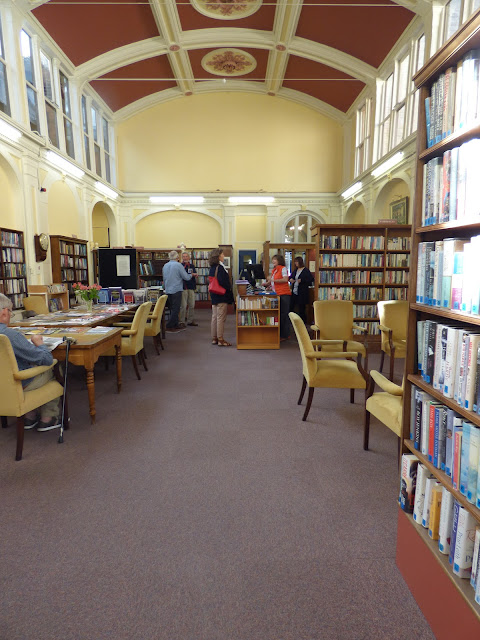 Founded in 1824 by Dr George Birbeck, The Ipswich Mechanic Institution moved  here in the 1840s although the barrel-vaulted roof dates from 1876.
From their website...............
The Ipswich Institute is as progressive now as when it was founded in 1824 - just nine years after the Battle of Waterloo! Dr. George Birkbeck's Mechanics' Institution was dedicated to making knowledge available to the 'artisans' of Ipswich and encouraging their general and vocational education.

It now has 2,500 members who pay £55 a year for membership which give them access to a private library, leisure and learning courses, art classes and visits to places of interest.

Yesterday was Day One of turning the downstairs loo-with-washing-machine room into a proper bathroom. ..........A guy arrives....he has only a rough idea of what he's supposed to be doing so it's a good thing I do know!
Problem.............he is "only" a plumber so can't do tiling or the removing and making safe of electric socket, also he doesn't have the bath or basin "which someone will bring later".  Anyway, he gets the boxing in done around the waste pipes in the upstairs bathroom which has been waiting for someone to come back to do for 3 months.
He moves the waste for the washing machine and connects up a new water supply and moves the washing machine into the porchway. He prepares pipework for the bath.Then he takes out the little basin and cupboard. All good so far and he contacted the company and an electrician arrives and sorts the plug. But NO bath or basin turns up. So at 3pm he leaves. Hopefully he'll be back today................

Posted by Sue in Suffolk at 06:00
Email ThisBlogThis!Share to TwitterShare to FacebookShare to Pinterest
Labels: House and Home, Ipswich, Local Events