My final visit on Saturday was to Broomhill Lido on the way out of town.

I mentioned this back on the old blog, when we were living in Ipswich because I used to walk past it on my way to Broomhill library next door
This is the photo I took back in 2016 and how it looks most of the time, all closed up with many warnings. 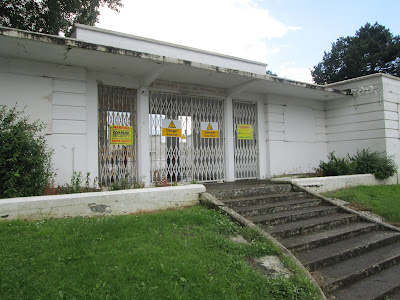 The Lido was opened in 1938  and such a favourite place for Ipswich people for 50 years until it was closed in 1988 when it became too expensive to repair and keep open. Recently it's been awarded a heritage lottery grant and with much fund raising hopes to re-open.


This display shows photos and newspaper articles from the past 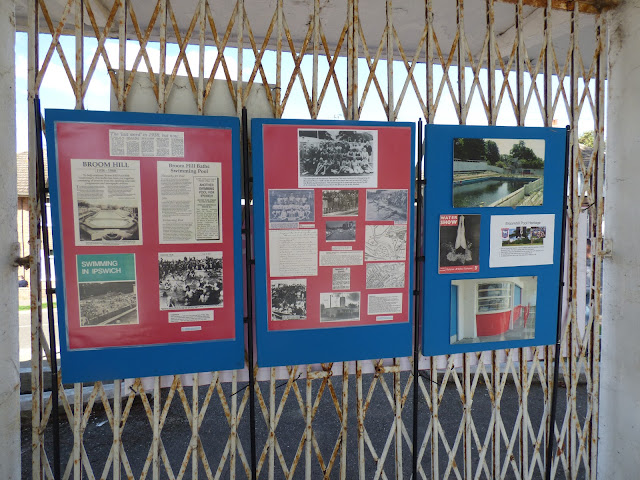 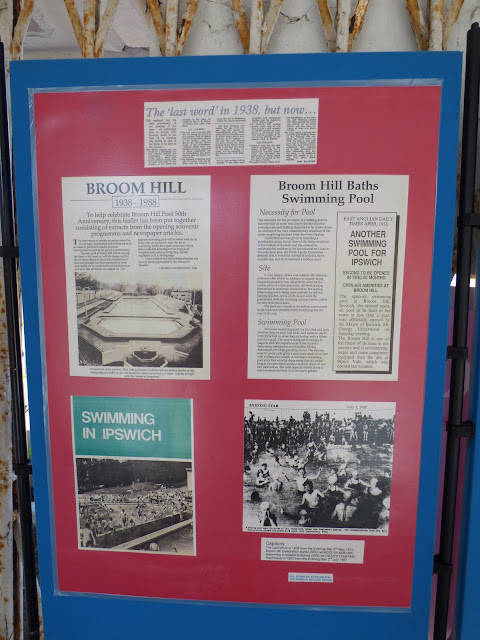 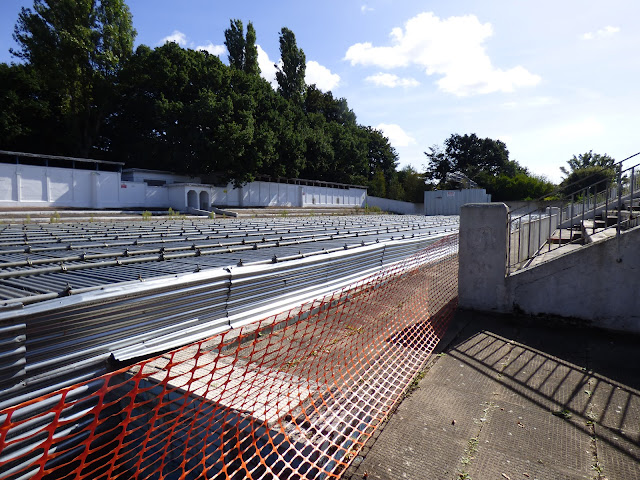 This is the main pool, covered in metal sheeting. Across the other side are what were the changing rooms. The far end was very deep and had 5 different level high diving boards.......One of very few pools to have these.

In front of the changing rooms were "sunbathing terraces" 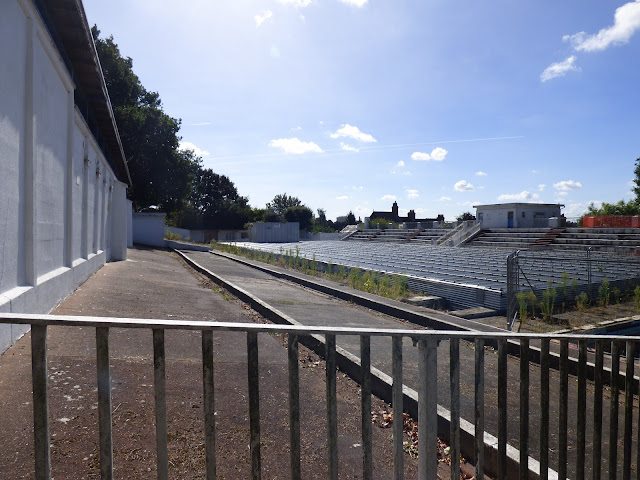 Below is the shallow children's pool. 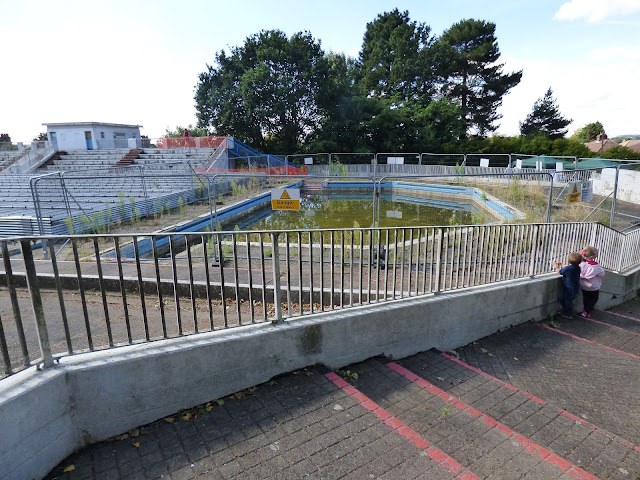 This display shows how it will look in the future 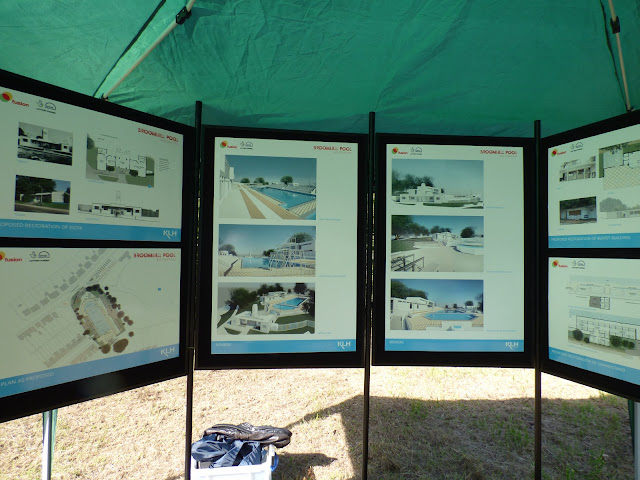 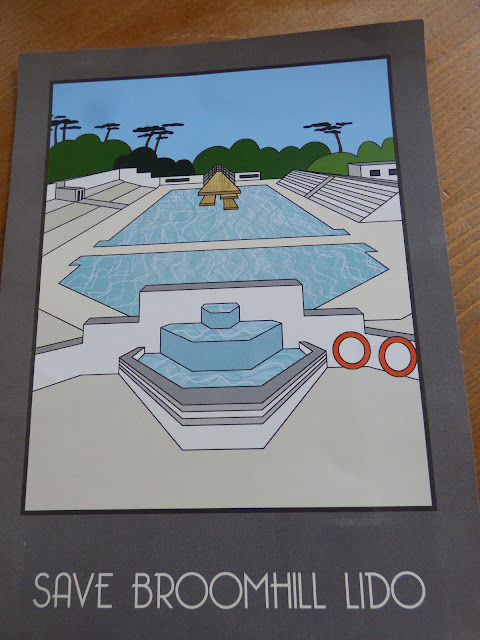 I do hope their plans go well so the pool can re-open, not because I will ever swim there but I remember the lovely times I had at Stowmarket open-air swimming pool in the late 1960s which was a miniature version of this pool. (Stowmarket pool also closed many years ago - late 70's  and has probably been built over by now! I shall have to have a look).

Yesterday morning, much to my surprise, the bathroom guy turned up WITH the right metal trim for shower-board and  white grout for tiles, but WITHOUT wash basin. " They might bring it later" he said. Guess what........... They didn't! So he did what he could and off he went before noon. Wonder if he will be back today with the basin?

Posted by Sue in Suffolk at 06:00
Email ThisBlogThis!Share to TwitterShare to FacebookShare to Pinterest
Labels: House and Home, Ipswich, TV