Autumn is definitely here, and except for the ones I turned into syrup all the Elder berries have been stripped by the pigeons. I researched this post a few weeks ago and it's time it was published.


Elder takes up 4 pages in the little book "Discovering The Folklore of Plants" by Margaret Baker. With so many sayings and superstitions attached it's an important tree in the countryside.
The book says
"The ambivalent character of Elder makes it at once beneficent and malevolent; kindly and spiteful"

These are just a few of  the Elders effects that have been recorded around Europe.............
Enough to put off anyone who had any thought of using Elder!

There is hardly a disease from the head to foot but it cures. For headaches, for ravings and wakings, hypocondriack and mellancholly, the falling-sicknesse,catarrhes,deafnesse, faintnesse and feacours. 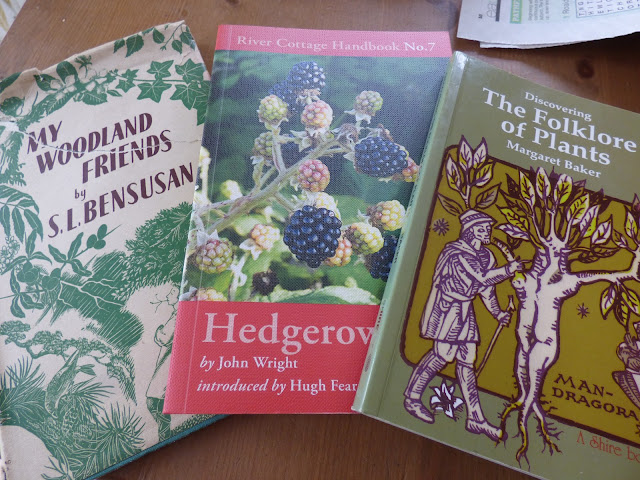 Back Tomorrow
Sue
Posted by Sue in Suffolk at 06:00
Email ThisBlogThis!Share to TwitterShare to FacebookShare to Pinterest
Labels: Elder Tree, Folklore, Natural world